Hunters Timeline: When and Where Does Hunters Take Place? 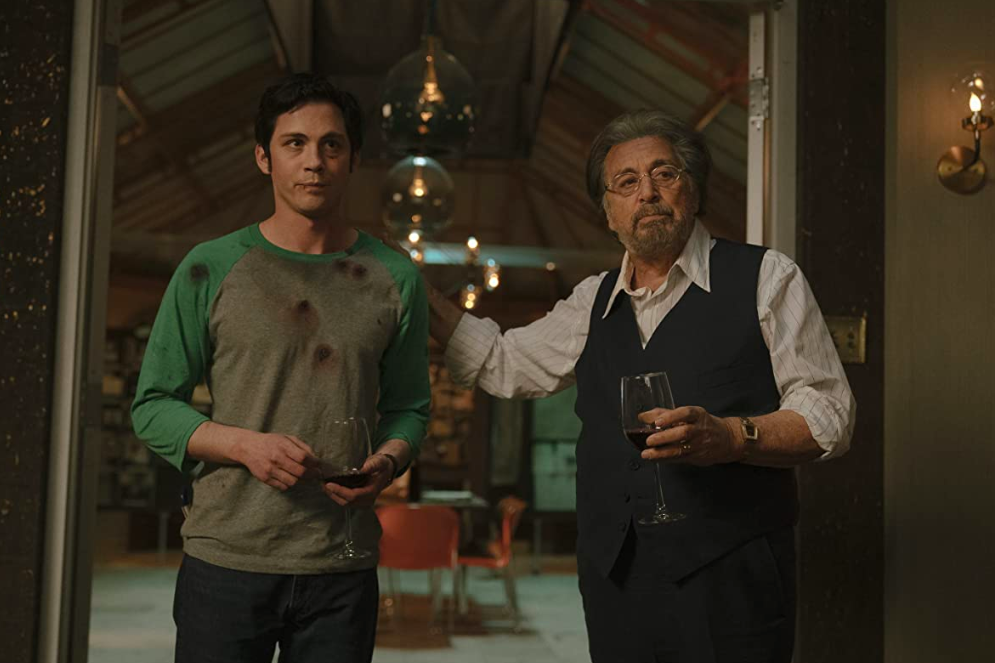 Prime Video’s ‘Hunters’ is a revenge tale that follows a group of hunters tracking down the Nazis hiding in America. The story takes place in the seventies, going back and forth in time to give the audience a sense of the history of the characters, underlining their motivations behind seeking out Nazis. The second season, especially, covers several events spread over several decades, which can make it a little difficult to keep track of things. If you are looking for a chronological order of the events, then we’ve got you covered. SPOILERS AHEAD

Both seasons of ‘Hunters’ have a primary timeline in which the main plot unfolds, with flashbacks in the past that can be as recent as a few months or a couple of years, or as far as three decades at the beginning of the Second World War. Here, we have pinpointed the year that marks the beginning of the events that unfold throughout the next couple of decades ending with the finale of the show.

The story of ‘Hunters’ begins with the death of Ruth Heidelbaum, but her story started many years ago. In reading her letters, Jonah is transported to the year 1941 when things started to get really bad for the Jewish community. This is the year that Ruth lost her parents, met Meyer, and was then taken to the concentration camp in Auschwitz. This is also when the Wolf enters her life. The flashbacks continue her story until eventually, the war ends and Ruth, along with the others, is liberated from the camp.

One of the key characters introduced in the second season is Chava Apfelbaum. She is a Nazi hunter who has been searching for Hitler long before Jonah started his career. Later, it is revealed that Chava is Ruth’s sister, who was supposed to have died in the camps. Not only did she survive, but she also became an efficient Nazi hunter, whose skills and resources become instrumental in the capture of Hitler. Displaying her ruthlessness and her dedication to the job, the second season opens with a scene in Austria where Chava interrogates a former Nazi officer.

Meyer Offerman is introduced to Jonah and the audience after Ruth’s murder, and by the end of it, a lot of mystery remains around him. The second season lifts the veil on his past by taking us to 1975 New York, two years before Jonah’s entry into the Hunters. This time around, we see the story from the perspective of Wilhelm Zuchs, who is scared that someone will out his secret. The events in this timeline lead up to Ruth knocking at Meyer’s door when she recognizes an ex-Nazi officer on the street. They end up taking matters into their own hands, leading to the formation of an elite team dedicated to the task of hunting down Nazis.

This is the year when the story of ‘Hunter’ starts. This is when nineteen-year-old Jonah is working as a low-time drug dealer, unaware of the fact that his grandma is hunting Nazis. Soon, however, his life changes when one Nazi walks into their house and shoots Ruth. This leads to the meeting of Jonah and Meyer, where the boy discovers a whole new world that had been kept a secret from him all this while. Despite his reservations in the beginning, Jonah dives head-first into the missions and by the end of Season 1, he becomes the leader of the group.

This is the year when the story of ‘Hunters’ comes to an end. Picking up the events two years after the end of Season 1, the show presents a disbanded group that reunites once it is revealed that Hitler is not only alive and well, but is also planning something big. A year or so before this, the group had a mission in Spain that went wrong on many levels. The deeply buried differences between the team come to the surface. Still, it does nothing to distract them from the mission.

It takes a lot of effort and almost destroys all of their lives. But, in a span of a couple of weeks, the Hunters not only catch Hitler, but they also put him in front of the entire world where he is held accountable for his actions. While it was supposed to be the last mission, a couple of months later, we find Jonah on another mission, indicating that the Hunters aren’t done just yet.

Read More: Is Prime Video’s Hunters Based on A True Story?