I Used to Be Famous Ending, Explained: What Happens to Vinnie and Stevie’s Band? 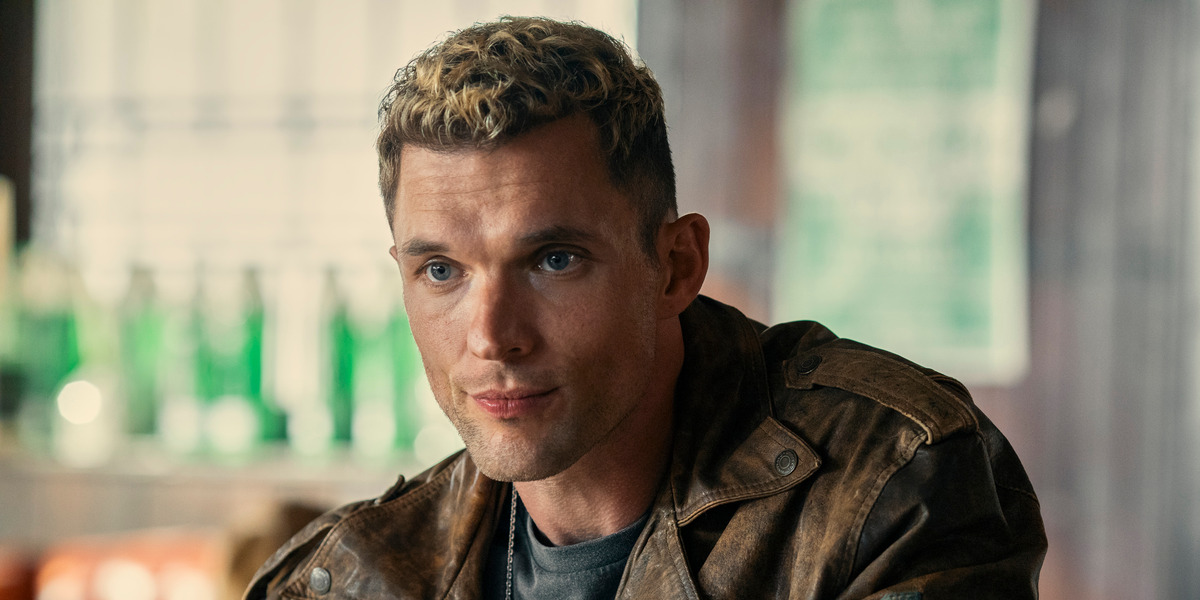 Directed by Eddie Sternberg, ‘I Used to Be Famous’ is a musical drama film that showcases the unlikely bond between former boy band member Vinne and his new autistic friend, Stevie. The feel-good Netflix film is set in the South-East London neighborhood of Peckham and explores the power of music through Vinnie and Stevie’s unlikely friendship. However, the nature of the music industry forces the duo to make life-changing decisions that ultimately affect their bond. If you are wondering whether Vinnie and Stevie make it big in the music industry, here is everything you need to know about the ending of ‘I Used to Be Famous.’ SPOILERS AHEAD!

I Used to Be Famous Plot Synopsis

‘I Used to Be Famous’ opens with Vinnie’s time with Stereo Dreams, a popular teen British band touring the nation. However, years later, Vinnie, who was primed to succeed as a musician, is struggling to make ends meet. He has no job and lives on whatever money he makes from his music. One day, while practicing in the neighborhood, Vinnie runs into Stevie, a teenager with autism. Stevie’s agoraphobia takes over as he is separated from his mother in a crowded area. However, Stevie plays drum beats with sticks complimenting Vinnie’s music and clams down. Vinnie recognizes Stevie’s talent and tries to learn more about the teenager.

Vinnie finds Stevie and his mother, Amber, at a community center where he learns to play bongo. After practice, Vinnie and Stevie start jamming together. The duo soon start becoming friends, and Vinnie is compassionate toward the teenager. Moreover, Vinnie teaches Stevie cool stuff and shows him how to act like a musician. Despite Amber’s hesitance, Stevie enjoys spending time with Vinnie. After a video of Vinnie and Stevie playing music in the streets goes viral, Vinnie books a gig for the duo. Hence, Vinnie starts seeing Stevie as his second chance to make it big as a musician.

At the gig, everyone is charmed by the duo’s performance. However, when a man tries to daunt Stevie, Vinnie loses his cool and ends up in a fight to protect Stevie. The incident proves Amber’s point that being in front of a crow could be dangerous for Stevie. As a result, she forbids Vinnie from being a part of Stevie’s life. Soon, Vinnie’s old band member, Austin, recognizes his potential and asks Stevie to accompany him on his final musical tour. However, the record label refuses to take Stevie with them due to his agoraphobia. As a result, Vinnie must choose between Stevie and his dream to make it as a musician.

I Used to Be Famous Ending: Does Vinnie Go on the Tour? What Happens to Vinnie and Stevie’s Band?

Vinnie’s dream of becoming a pop star and launching his solo career is about to materialize in the film’s climax. His work with Stevie gets him into the limelight, and his old record label contacts Vinnie through Austin. Vinnie is about to be Austin’s supporting act during his final tour before retirement. Hence, Vinnie is all set to leave his working-class neighborhood and venture into stardom. However, he contemplates whether it is right to leave Stevie behind. Vinnie and Stevie form a strong bond through their love for music. 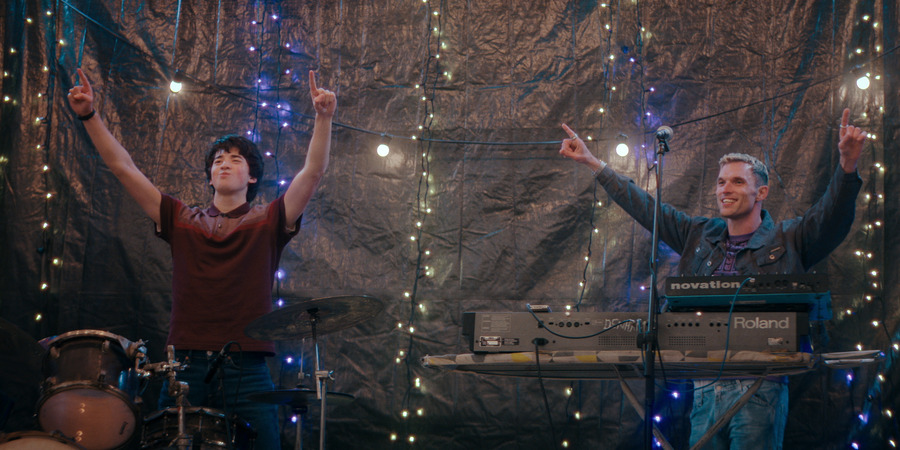 Moreover, Vinnie sees a bit of his younger deceased brother, Ted, in Stevie Hence, he is emotionally attached to the teenager and does not wish to leave him for his music career. However, Stevie recognizes not everyone gets a second chance to make it big in this business and wholeheartedly agrees to let Vinnie go on the tour. Moreover, Amber makes Vinnie promise her that he will completely step away from her son’s life.

Hence, it seems like Vinnie will go on the tour and start a new chapter in his life. On the other hand, Stevie is admitted to a music college, thereby creating his own new path. However, in the film’s final moments, Amber takes Stevie to a restaurant to celebrate his birthday. Soon, the duo is led to the neighborhood center where Stevie and Vinnie first met. Vinnie has arranged a concert for Stevie’s birthday, implying that he did not go on the tour. Instead, Vinnie chose to be there for Stevie.

In the final moments, Vinnie and Stevie play music for all their near and dear ones. The duo enjoys performing together and lives their moment in the spotlight. Years ago, Vinnie failed to keep his promise to his brother, Ted. Vinnie had promised to return from his musical tour before Ted’s birthday. However, he broke the promise, and Ted passed from illness. When life gives him a second chance, Vinnie chooses Stevie over music and cements their bond as brothers.

As a result, the ending highlights the strong connection Vinnie and Stevie share through music and implies they will always be brothers, even if life takes them on different paths. While the ending does not confirm the fate of the duo’s band Tin Men, it is implied that Vinnie and Stevie will pursue their own musical careers. However, the joy they receive from playing music together is unparalleled. Through his time with Stevie, Vinnie realizes that music is more than just a carer or business. It is about spreading joy, and it seems like the Tin Men will continue to spread happiness through their music whenever possible.

Why Did Vinnie Leave Stereo Dreams?

The film firmly sets up Vinnie, a former music star who is fading into obscurity. Vinnie’s time with the boy band Stereo Dreams is the peak of his musical career. However, his life goes downhill after the group disbands. However, the film does not state the reason behind the group’s separation and Vinnie leaving the band. However, the film implies that Vinnie’s decision to leave the band has something to do with his brother, Ted.

In the film’s final act, viewers learn that Ted suffered from an illness and did not have much time to live. At the time. Vinnie was on tour with his band. The group’s success results in them booking more dates and having to perform in more shows. When Vinnie asks for a couple of days off to visit Ted, his manager implies that Vinnie is expendable and could be replaced if he is gone too long.

Later, Vinnie learns that Ted is no more. As a result, he was likely forced to abandon the music tour to attend his brother’s funeral. Ted’s death might have left a physiological impact on Vinnie, and he probably took a while to recover from the loss. As a result, Vinnie was removed from Stereo Dreams and faded into obscurity. Ultimately, Vinnie comes to terms with his brother’s death and forms a similar bond with Stevie. Moreover, the bond gradually helps Vinnie understand the joy of playing music and adds new meaning to his life.