Is Netflix’s I Used to Be Famous Based on a True Story? 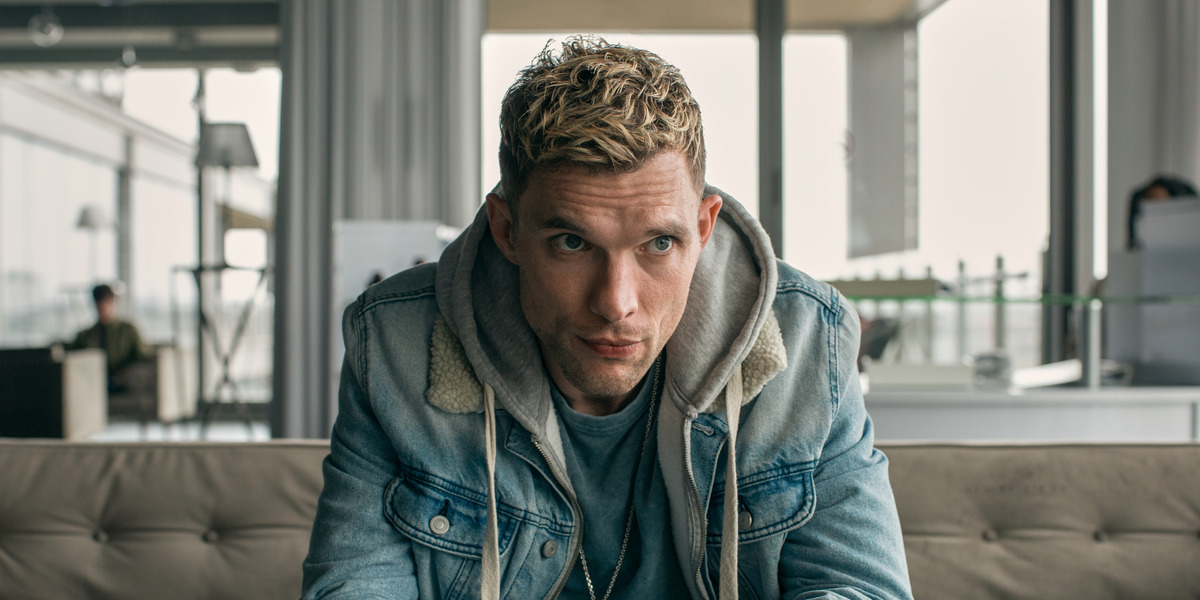 Netflix’s ‘I Used to Be Famous’ is a musical drama film directed by Eddie Sternberg and written by Sternberg with Zak Klein. It follows Vinnie D, a former member of a popular boy band whose music career is fading into obscurity. However, after Vinnie meets Stevie, an autistic boy with drumming skills, he gets a second shot in the limelight. Given the heartfelt and feel-good narrative about two unlikely friends bonding over music, viewers must be looking for answers about the inspirations behind the film. If you are wondering whether ‘I Used to Be Famous’ is based on true events, here is everything you need to know!

Is I Used to Be Famous Based on a True Story?

No, ‘I Used to Be Famous’ is not based on a true story. The film tells a fictional story based on a screenplay penned by Eddie Sternberg and Zak Klein. The premise follows a former music superstar as he bonds with a boy with autism and continues to search for a second chance to make it big in the music business. The feature film is an adaptation of Sternberg’s own 2015 short film of the same name, which follows a similar premise.

In an interview with Variety, Sternberg opened up about the conceptualization of the film. He revealed that the story is inspired by his fascination with musicians who were once boy band and girl band members. “(They) had so much success at such a young age, and an excess of sex, drugs, rock, and roll, then they get chewed up and spat out, and then they’re having to deal with that void,” he said. Sternberg explained that he used this perspective to craft the character of Vinnie, who represents the expendable nature of young artists in the music industry.

As Sternberg developed the story, he created the character of Stevie to serve as a diametric opposite to Vinnie with respect to his twisted relationship with music. Stevie is loosely based on Sternberg’s cousin, Saul Zur-Szpiro, an autistic man who dealt with agoraphobia as a youngster. He didn’t like going out and didn’t like crowds, but he was involved with music and discovered his talent for playing drums. After receiving formal music training, he formed a band, The AutistiX, where most band members are autistic.

In the same interview, Sternberg also explained how Saul’s story inspired him to explore the power of music through the film. “By picking up drumsticks, Saul – who was agoraphobic, didn’t like going out, didn’t like crowds – suddenly, through music, got this power to perform in front of 1,000 people. It gives me shivers talking about it. So I thought that was music in its purest form,” the director stated.

Furthermore, Sternberg revealed that he wanted to make a film with a very “British” heart and cited movies such as ‘The Full Monty,’ ‘Billy Elliot’ and ‘East Is East’ as influences on ‘I Used to Be Famous.’ Likewise, he decided to set the story in Peckham, a working-class, culturally diverse neighborhood in South-East London, to give it a realistic touch. Hence, viewers are able to connect with the narrative and understand the emotional implications of Vinnie and Stevie’s journey. Lastly, the friendship between the two protagonists forms the movie’s heart, adding a feel-good aspect to it.

All things said, ‘I Used to Be Famous’ is not based on a true story. It is a feature film expansion of Eddie Sternberg’s short film of the same name and has its roots in exploring the ruthless nature of the music industry, especially for young artists. However, the director also draws from reality with the character of Stevie, who is designed after a real person. The film explores the impact of music on ordinary lives and the power it holds to form strong bonds between two unlikely people.

Read More: Where Was Netflix’s I Used to Be Famous Filmed?