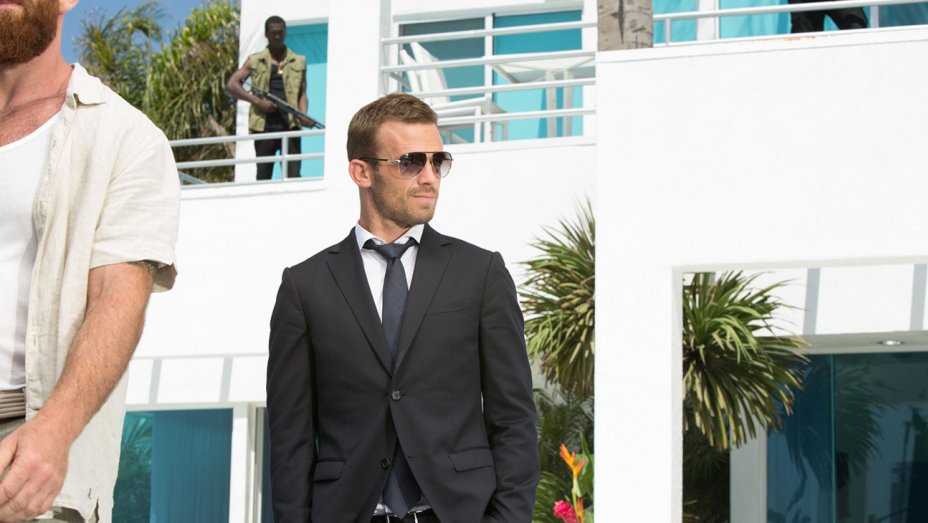 ‘Ice’ is an American crime drama television series that airs on the AT&T-owned Audience Network. Created and conceptualized by Robert Munic and with Edward Allen Bernero as showrunner, the show follows two brothers who get involved in the illegal diamond trading circuit in Los Angeles after a crime lord targets them following the death of a diamond dealer.

Although the Audience Network had ordered a 10-episode first season of the show way back in 2014, the show was dropped for creative reasons. After a two year hiatus, Season 1 finally made its way to viewers’ screens on November 16, 2016, and received fairly positive reviews from television critics and viewers alike. Subsequently, on June 16, 2017, the show was renewed for a second season, which premiered a year later on March 28, 2018. However, fans will be disappointed to know that the show will not be returning for a third season. Here’s everything we know about it.

In the show, Jeremy Sisto plays the role of the older of the two brothers, Freddy Green, a charming and extremely witty young man with a penchant for being able to identify the value in precious stones. Despite all his talents, however, Freddy stirs up trouble for himself through reckless behaviour and substance abuse. ‘The Magnificent Seven’ (2016) star Cam Gigandet plays Freddy’s younger brother Jake Green. Despite being younger, Jake displays more maturity than Freddy and ends up looking after him while also dealing with a broken marriage and the responsibility of raising his daughter, Willow. Raymond J. Barry, meanwhile, plays the role of Freddy and Jake’s father, Isaac Green.

Ice Plot: What is it about?

The series follows two brothers, Jake Green and Freddy Green, who belong to a family of diamond traders, and have a business called Green & Green Diamond. However, the entire family business comes under threat when, in a series of unfortunate events, Freddy ends up murdering another diamond dealer and gets the attention of a crime lord. Consequently, the Green family gets trapped in a vicious cycle as their clean business turns dirty and they cannot wash their hands off the dirt.

As the show progresses, the two Green brothers find themselves increasingly immersed in the realm of underworld diamond trading where they have to work with criminals and blood diamond traders, and their troubles are complicated by the passing of their father Isaac. The brothers eventually get used to their new reality and they try to get their business back on top, but their efforts are marred by the involvement of more criminal elements. What follows is much drama and gang vs gang action as the illegal diamond trading business in Los Angeles descends into chaos in the whirlwind of events that unfold.

While the premise of the show is intriguing and entices viewers with the promise of a glimpse into the fascinating and terrifying world of underworld diamond trading, the show fails to live up to its potential owing to its confusion between what it wants to portray and what it hopes will keep viewers glued to it. As The Hollywood Reporter aptly says, “Jeremy Sisto, Cam Gigandet and Ray Winstone add credibility, but Audience Network’s diamond dealer drama falls short of precious … There’s no lack of drama to the diamond business, but ‘Ice’ stumbles over the gap between what you can sense Munic finds compelling and what he could sell and what, in turn, Audience Network could promote.”

As far as reception is concerned, we don’t know what television critics collectively feel about the show since it doesn’t have a score on review aggregator website Rotten Tomatoes. That being said, the show seems to have struck a chord among some viewers, and it enjoys a decent rating of 6.9/10 on IMDb.

‘Ice’ season 2 premiered on March 28, 2018 and saw its conclusion being aired on May 30, 2018. While fans of the show had been awaiting a renewal announcement, hoping to get a more in-depth, dramatized glimpse into the world of illegal diamond trading in Los Angeles, they were left disappointed.

On July 30, 2018, while responding to a comment by a fan, the official Facebook page of ‘Ice’ confirmed that the show would not be returning for a third season. The only tiny chance of the show to return is if another network picks it up, which hasn’t happened till now. So, at this point, the next season looks unlikely. If by any chance the show does get revived, we will update this section with Ice season 3 release date.

If you haven’t seen the show yet head over to Audience Network to catch all the episodes of the previous seasons. Here’s is the trailer for Season 2 of the show to give you a glimpse into what it’s all about.