If Loving You Is Wrong Season 5 Episode 11: Everything We Know 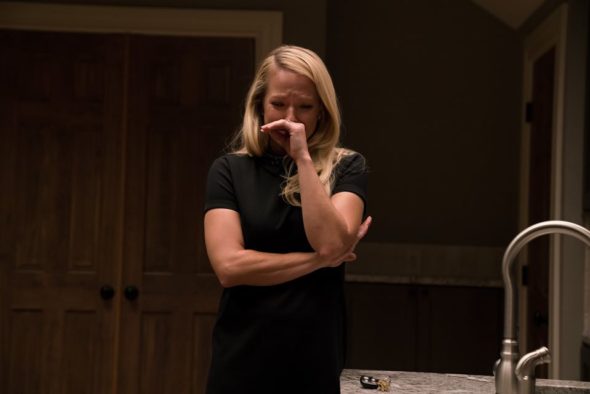 Castillo Lane will never be the same again, as the lives of the couples in the fictional setting are about to be changed forever. Throughout Tyler Perry’s ‘If Loving You is Wrong,’ the central characters have played a double game, keeping their vested interests close to their chest. However, in the final season, things are coming to a head, especially with Eddie unleashing havoc on the residents over the last couple of episodes. Lushion is gunning for Eddie already for getting between him and Natalie, but he might not be the only one.

In the last episode, both Larry and Steven seem to have their eyes on Eddie, while Randal keeps playing mind games. After Mika flips out on Esperanza, it appears that a showdown between the latter and Eddie is inevitable. If you can’t wait to find out what happens in the latest episode, we have the rundown. We’ll also give you spoilers for the upcoming installment and tell you when and where to watch it.

If Loving You Is Wrong Season 5 Episode 11 Release Date: When Will It Premiere?

Where to Watch If Loving You Is Wrong Season 5 Episode 11 Online?

If Loving You Is Wrong Season 5 Episode 11 Spoilers:

The upcoming episode is likely to see Alex’s bad choices coming back to haunt her. After spiraling into a drinking binge, Alex finally returns home and tries to stake a claim on her child whom Brad has been caring for, until now. More recently, she leaves to be with Randal, which is not precisely her finest moment.

With Ian claiming that Alex’s baby might be his, and Brad discovering the fact, a storm might be brewing on the horizon. Meanwhile, Alex is experimenting with cocaine. We hope the upcoming episode marks the start of things going better for the character.

If Loving You Is Wrong Season 5 Episode 10 Recap:

“Taken” is all about the different wars brewing among the members. Eddie and Steven finally go to war, and the former’s actions are catching up to him. The animosity between Eddie and Esperanza does not help matters either. Elsewhere, Randal and Bennett also lock horns, and after being ousted by Larry, Ian tries to take down his partner.

Things are heating up on the show, with only three more episodes remaining. The recent installment will remain memorable for setting off numerous storylines that will soon be concluded.