If Loving You Is Wrong Season 5 Finale: When and Where to Watch? 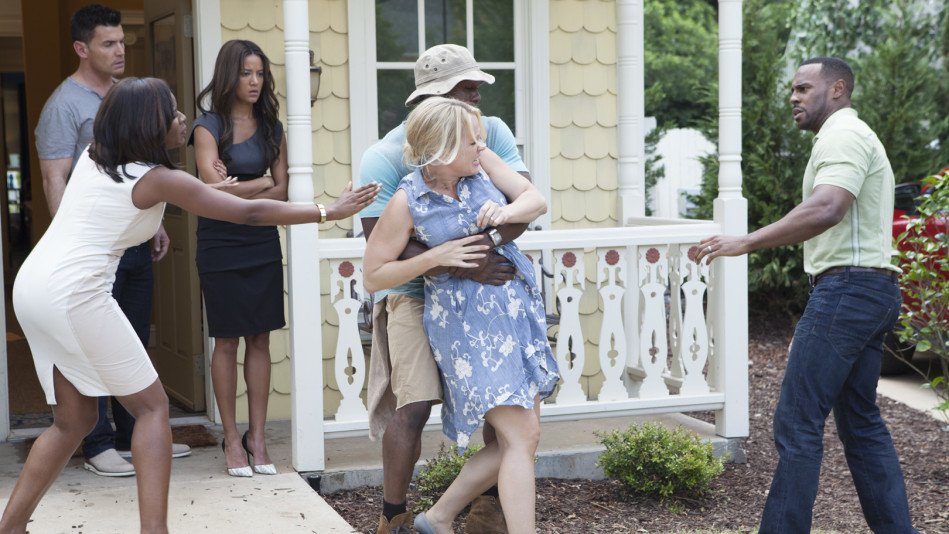 The events on Castillo Lane have kept viewers glued to Tyler Perry’s ‘If Loving You is Wrong’ for five seasons. We have seen every member in the fictional setting pushing to further their agendas as events transpire in a complex web of affections, deceit, and longing. In the past few episodes, the mystery regarding the identity of Alex’s baby’s father has only intensified while Eddie has firmly earned Lushion’s disapproval ever since he inserted himself into the latter’s life by taking a photograph of Kelly kissing Lushion.

In the previous episode, Alex continues to spiral as Randal gets a taste of his own medicine thanks to Bennett. Natalie and Kelly finally have the sitdown about Lushion, and the latter even reunites with Justice. However, plenty still hangs in the balance including the mystery of who fathered Alex’s baby. The latest episode shows Eddie and Ian going to war, as Larry is near death. Alex finally comes home and has to live with the consequences of her string of bad decisions. Marcie drives Randal to the edge and lives hang in balance, headed into the finale. Curious to know what might transpire? We have the spoilers and information on when and where to watch it.

If Loving You Is Wrong Season 5 Finale Release Date

Where to Watch If Loving You Is Wrong Season 5 Finale Online?

If Loving You Is Wrong Season 5 Finale Spoilers:

Not much is known about the series finale, but the title suggests that the show will end on an explosive note. The synopsis states that Eddie’s actions will cost the lives of others. He has been acting restlessly for some time now, and perhaps Eddie is about to cross a line from which there is no returning. However, the question is whether Eddie himself will face the consequences of his actions. The finale is bound to tie up all the loose ends as we bid adieu to the residents of Castillo Lane at the end of a tumultuous journey.