Will There Be An Immortals 2? 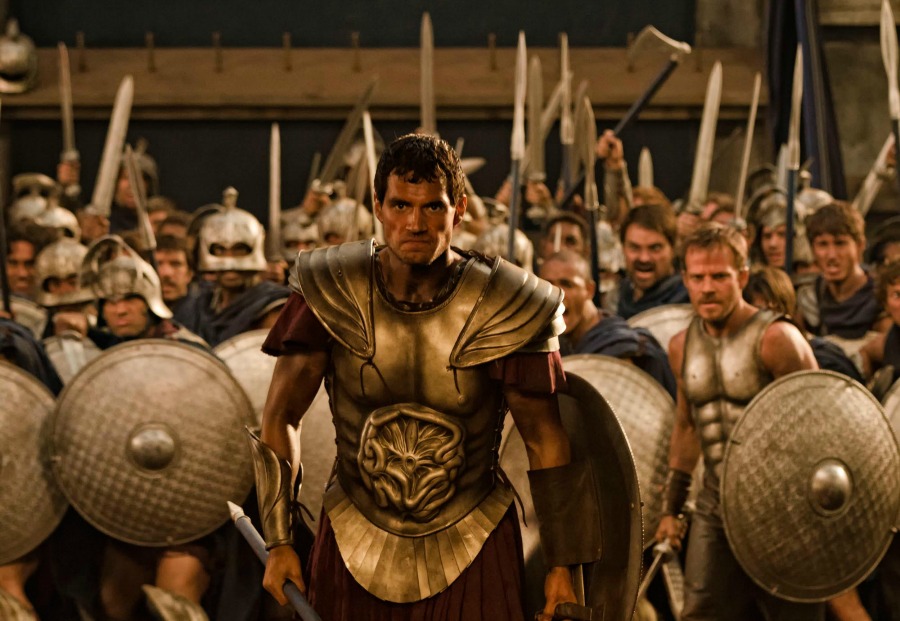 Before Henry Cavill became the Kryptonian demigod Superman in 2013’s ‘Man of Steel’, he was the Greek demigod Theseus in the fan-favorite 2011 fantasy film ‘Immortals’. There have been talks of a sequel for a while now, but it looks like a follow up to the hugely commercially successful first movie could be on the cards in the near future. Read on to find out everything we know about ‘Immortals 2’.

Immortals 2 Plot: What Can It Be About?

Given the depth and complexity of Greek mythology, there is any number of ways ‘Immortals 2’ could shape up. However, the first movie ends with Zeus telling Theseus and Phaedra’s son Acamas about his destiny to become a warrior for good in a future war. Acamas is then struck by a vision of a vast sky with innumerable Gods and Titans fighting, and Theseus leading the charge. This basically sets up a sequel about Acamas and his role in the great war to come.

In popular Greek mythology, Acamas is said to be the son of King Theseus of Athens who fights on the Greek side in the Homeric Trojan War. Acamas is one of the men sent through the gates of Troy inside the infamous Trojan Horse. After the war, Acamas embarks on fantastical adventures with his half brother Demophon.

Now, much like the original movie, ‘Immortals 2’ is unlikely to follow the source text too religiously and will likely take creative liberties for the sake of movie-making. However, Acams’ story certainly provides a broad framework for the plot of the sequel. The Trojan War of Greek mythos is considered to be a seismic event of celestial proportions, involving numerous Gods, mortals and everyone in between.

This means that we may very well see Henry Cavill reprise his role as Theseus and Luke Evans as Zeus. The Trojan War is an event heavily represented in film and media, most notably by 2004’s ‘Troy’ starring Brad Pitt. However, in those films, the primary focus is always on characters like Agamemnon, Achilles, Ajax, Odysseus, Hector, Paris, and Priam. It could be interesting to relive the epic saga through the perspective of someone else. Given Acamas’ love of traveling and adventure, I’d expect that to be a central theme in ‘Immortals 2’.

Immortals 2 Cast and Crew: Who Can Be Behind It?

The original ‘Immortals’ is directed by Indian filmmaker Tarsem Singh, who is best known for films like the 2006 fantasy adventure ‘The Fall’ and the 2000 sci-fi horror ‘The Cell’. Singh is the most likely candidate to helm ‘Immortals 2’.

The primary cast of ‘Immortals’ consists of Henry Cavill as Theseus, Mickey Rourke as King Hyperion of Heraklion, Freida Pinto as the Oracle Phaedra and Luke Evans as the Thunder God Zeus. Henry Cavill and Luke Evans are widely expected to reprise their roles as Theseus and Zeus respectively, but likely in a supporting capacity to Acamas. Freida Pinto’s Phaedra could also have a role to play.

Immortals 2 Release Date: When Will It Premiere?

Currently, there is no release date for ‘Immortals 2’ and it is unlikely that the film is even in production right now. However, distributor Relativity Media’s head honcho Ryan Kavanaugh has expressed his intention to make the movie numerous times in the past. Regardless, the earliest I would expect ‘Immortals 2’ to release is sometime in late 2021.

‘Immortals’ is an action fantasy epic based loosely on Greek mythology directed by Indian filmmaker Tarsem Singh. The movie came out nearly a decade ago and starred a markedly younger Henry Cavill as the protagonist Theseus, thunder God Zeus’ chosen champion against the tide of evil. The Gods lay in wait for the Titans to rise once again, the age-old enemies they had vanquished in a battle that predated the dawn of man and beast and trapped in an impenetrable prison underneath Mount Tartarus.

During the heat of battle, the legendary Epirus Bow was lost to the Gods somewhere on Earth. The film takes place in 1228 BC, and King Hyperion of Heraklion is searching for the Epirus Bow to use as his weapon in his vengeful crusade against the Gods for failing to save his family from a diseased death. To divine the location of the bow, he kidnaps the virgin oracle Phaedra, who is said to have mystic visions of long lost mysteries.

In a small village near Mount Tartarus live Theseus and his mother Aethra, social outcasts due to Theseus’ status as a bastard of rape. Theseus is a capable fighter, having been trained by his mysterious older mentor. They are trying to escape Hyperion’s incoming army, but Theseus is accosted by a group of Athenian soldiers led by Lysander, who are all handily beaten by Theseus.

Enraged and humiliated, Lysander betrays the Athenians by offering his service to Hyperion. Eventually, Hyperion’s army attacks, killing Aethra and capturing Theseus. In a somewhat predictable twist, the old man turns out to be Zeus, who leaves to warns his fellow Gods Athena, Poseidon, Ares, Apollo, and Heracles not to lend their aid to the humans and to trust Theseus in his struggle against Hyperion.

Meanwhile, Theseus manages to escape captivity with Phaedra’s help along with a bunch of other prisoners including a thief called Stavros. The sea God Poseidon conspires to help Theseus escape pursuit, and Phaedra tells him of a vision of a shrouded body she believes is Theseus’ mother Aethra. The group returns to the village in order to bury Aethra properly, upon which Theseus discovers the Epirus Bow nearby.

With the weapon now in hand, Theseus and his allies head to Phaedra’s temple but they are ambushed by Hyperion’s men and end up losing the Epirus Bow. Desperate, the group rush to King Cassander, King of the Greeks to warn him but it’s too late.

Hyperion arrives soon after and uses the bow to destroy Mount Tartarus’ gate. The Titans escape their subterranean prison, and the Gods arrive to meet them in battle. In the ensuing fight, all the Titans and most of the Gods are killed, with only Zeus and Poseidon surviving the battle. Theseus manages to kill Hyperion but is mortally wounded. In honor of his sacrifice, Theseus is given a chair in the heavenly court of the Gods.

While we wait for more news about ‘Immortals 2’, you can watch the trailer for ‘Immortals’ right here.