In For a Murder Ending, Explained

Piotr Mularuk’s Polish-original small-town whodunit murder mystery ‘In for a Murder’ (W jak morderstwo) is exciting, spontaneous, often hilarious, and at times strange. Still, it is deliberately humane in its introspective storytelling. Life is not a walk in the park for Magda, and occasionally, when she runs an errand to the local park, she ends up discovering corpses. The death becomes the talk of the small town, but Magda, who is a fan of mysteries herself, does not mind.

She teams up with local police detective Jason (or Jacek) Sikora to solve the murder, which may or may not have a link to the disappearance of Magda’s best friend. The characters are full of quirk, the palette is bright (with a touch of Nordic Noir), and the mystery always leads the duo to uncanny places. In the end, she risks her life to uncover the truth and finds her calling in life. Let’s revisit Magda’s dilemma from close quarters. SPOILERS AHEAD.

In For a Murder Plot Synopsis

In the small township of Podkowa Lesna, leisure detective Magda lives with her obnoxious husband Thomas (or Tomasz) and two children. Magda is intelligent, and although quite a pushover at times, she is the kind of person you are bound to like. The marriage, however, is failing, and Thomas is busy mainly on his phone. After a long time, Thomas buys perfume for Magda but her friend, Elka, suspects him of having an extramarital affair. 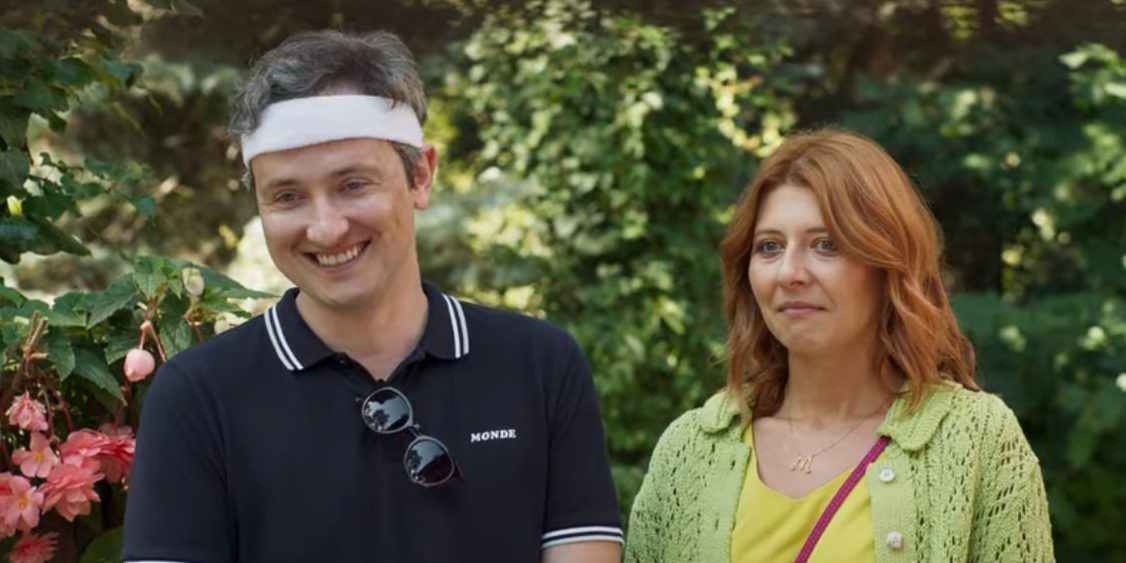 Magda discovers the corpse of a woman during her stroll in the park. The woman, named Joanna Maj, is not from around. Inspector Jason Sikora reaches the scene to investigate. Sikora is the brother of Elka and an old friend of Magda, and she often helps him in his cases. Thus, Magda begins with her theories right away. A ‘W’ necklace on the dead woman diverts Magda’s attention to her best friend, Weronica (or Weronika), who has been missing for some time.

As the pendant belonged to Weronica, Magda has a hunch that these two cases are connected. She follows Sikora in his investigation. Sikora is eager to identify local drunkard Stefan as the murderer, but Magda knows better. The mystery sends them down a potentially bottomless rabbit hole, and Magda realizes that Weronica had other inseparable friends. She tracks down the killer pretty much on her own, tagging along with Sikora. But other than the limelight, Magda probably needs to muster up some courage and leave the cage.

In For a Murder Ending: Who is the Killer? Is Weronica Dead or Alive?

The identity of the murderer is what fuels a whodunit mystery, and big-news murders in small towns may have something to do with influential people. Magda initially thinks that the murder of Joanna Maj has to do with her pendant. Magda and her best friend Weronica shared similar lockets with initials of their names. As an avid fan of murder mysteries, Magda thinks the murder to be the job of a serial killer who is out hunting people wearing similar necklaces. 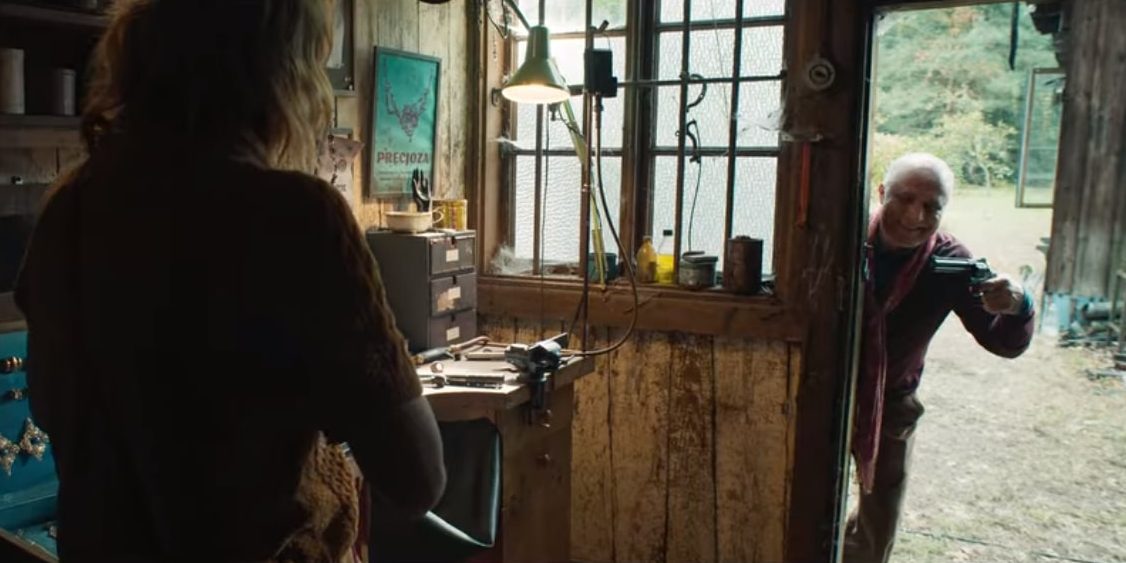 She gets the next lead from Czerwinski and his tennis player wife, Suzie, who can’t stand talking about dead people. While Suzie is busy screening her selfies for the party, Magda identifies the dead woman from one of her selfies. Suzie tells her that the selfie was taken at the party of Bruno Szeliga, the senatorial candidate.

Magda goes to Elka to enquire since the question of Weronica’s necklace bugs her. Elka sends her to Bodzio, a jeweler with a penchant for Alfred Hitchcock, who made the series. As he walks in with a gun, we think of him as the killer, but the director is just toying with the audience. The jeweler tells Magda about the coming of the Sheikh and confesses that he did not make copies of the pendants; they are unique. Meanwhile, Sikora has to modify his theory when Stefan is found dead himself.

Jason Sikora goes to the senatorial candidate Bruno Szeliga’s house. He finds Magda eavesdropping, but she comes to look after the dog’s ear infection. The dead woman was last seen in his party, and Magda believes the woman probably had an affair with the senator. According to Bruno’s wife, Joanna Maj came to the party with a printing clerk named Cieslak. Eventually, they fought, and Joanna had a heated argument with Bruno, which we come to know later.

Sikora and Magda attend Joanna Maj’s funeral undercover. Magda goes to Ms. Wanda, Weronica’s mother, for questions. Ms. Wanda tells Magda about Weronica’s pregnancy and how she had to leave home in fear of her father. Joanna and Weronica worked together, and that is how Joanna got the necklace. From the restaurant owner where Joanna and Weronica worked, Magda knows that Weronica was in love with Bruno Szeliga and bore a child with him. Therefore, Szeliga becoming the murderer is quite possible, and he practically leads the police to where he has buried Weronica’s body.

Weronica is dead for sure, but is Szeliga the killer? As he confesses his love for Weronica before the police, Magda’s intuition suggests that he can’t be the killer. With the hunch, she returns to Szeliga’s house for a final discovery. Szeliga’s wife confesses the murders before Czerwinski, the restaurant owner, and he seems complicit. When they find out Magda to be eavesdropping, they catch her and put her in the dog’s cage. But on her distress call, two suitors come rushing. The criminals are put behind bars, but Magda has to step down from a failing marriage.

Who Does Magda End Up with?

In the end, Magda confronts Thomas about the perfume. Magda knows that Thomas is cheating on her. Thomas gives business tennis lessons to Czerwinski’s wife Suzie and probably is having a liaison with her. When the Czerwinski family comes around for dinner, Thomas and Suzie keep communicating with their eyes in the presence of Magda. While she is too meek for her good, the signals don’t escape her eyes. Her husband is unnecessarily embarrassed even though she has the trauma of actually looking at a dead person. All of Magda’s friends hate Thomas for reasons Magda cannot see (or chooses to ignore).

After church, Magda and hubby go out for lunch and meet Dr. Walczack. He is the veterinarian where she takes her dog, Mela. She has veterinarian training as well, and Walczak offers her a job, which she would love to take, but she denies it at the moment because of her husband. Magda’s husband does not let her grow, and the place of home becomes a cage for Magda. Later, Elka also tells Magda about Sikora’s unrequited love for her. 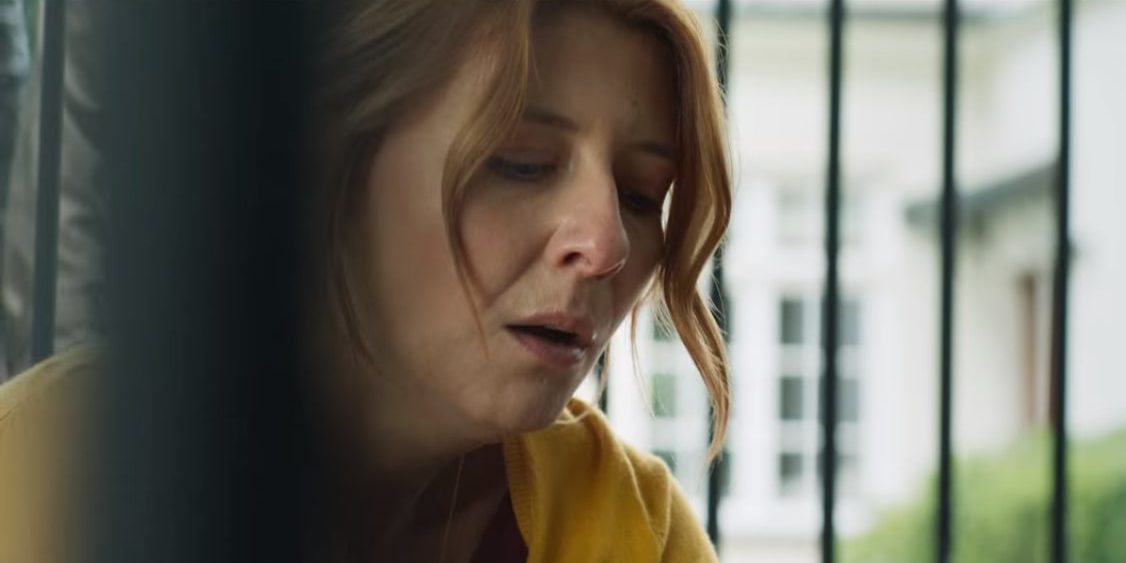 The cage metaphor, which is too palpable in the final scene with Bruno’s dog, also applies to her own life. A kind and generous person, Magda is the veterinarian healer surgeon, while her husband is quite the wolf. She also feels the same fear in the house that she feels in the cage with the bulldog. That is why, in finality, she decides to overcome her fears and confront Thomas. After breaking up with Thomas, the camera sees her cycling into the horizon. Magda is free and is not in a hurry to spark off a liaison right away. However, as the empath that she is, we would guess that she chooses Jason Sikora over Dr. Walczak.

Read More: Is In for a Murder Based on a True Story?