Into the Wind Ending, Explained 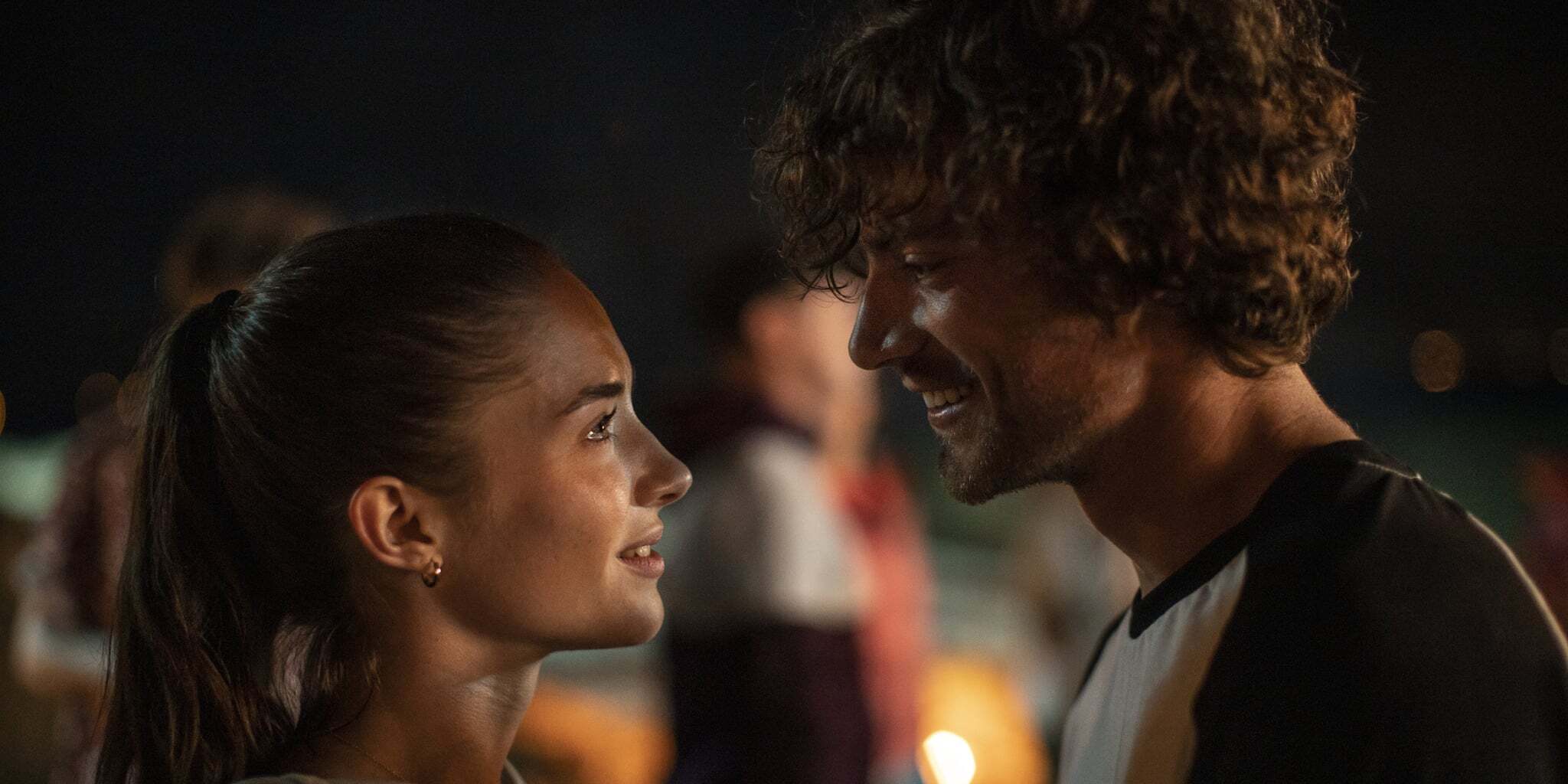 Directed by Kristoffer Rus in the director’s feature debut, the Polish-original teen romantic comedy travel movie ‘Into the Wind’ (‘Pod Wiatr’) is a fantastic and subtle love story that doubles as a coming-of-age of the female protagonist. After the death of her mother, Ania went through therapy. The film begins with Ania’s father escorting her to an opulent seashore resort to finalize the engagement of Ania with Kuba.

However, Ania, eyeing the waiter and kite surfing instructor Michal, sparks tension in her family. Ania and Michal belong to different classes, but can they overcome their differences and misunderstandings? Moreover, can Ania convince her father to take a step back? If you couldn’t gather the finale with clarity, let us decode Ania’s story. SPOILERS AHEAD.

Into The Wind Plot Synopsis

Ania is going on a vacation before joining her med school. Andrzej, Ania’s father, drives the car, and Patrycja, Ania’s stepmother, tends after her toddler, Antos. A frolicking caravan is possibly heading towards the same destination, and Ania meets the eyes of a charming stranger. Andrzej gears up and moves ahead. Soon, Ania and her family reach the seaside resort Mistral Hotel and Spa, while the caravan goes straight to the beach. Later in the evening, Ania comes to the lobby to see her father sitting with Kuba and his family. We come to know in the conversation that Kuba and Ania are a couple, thanks to their families. 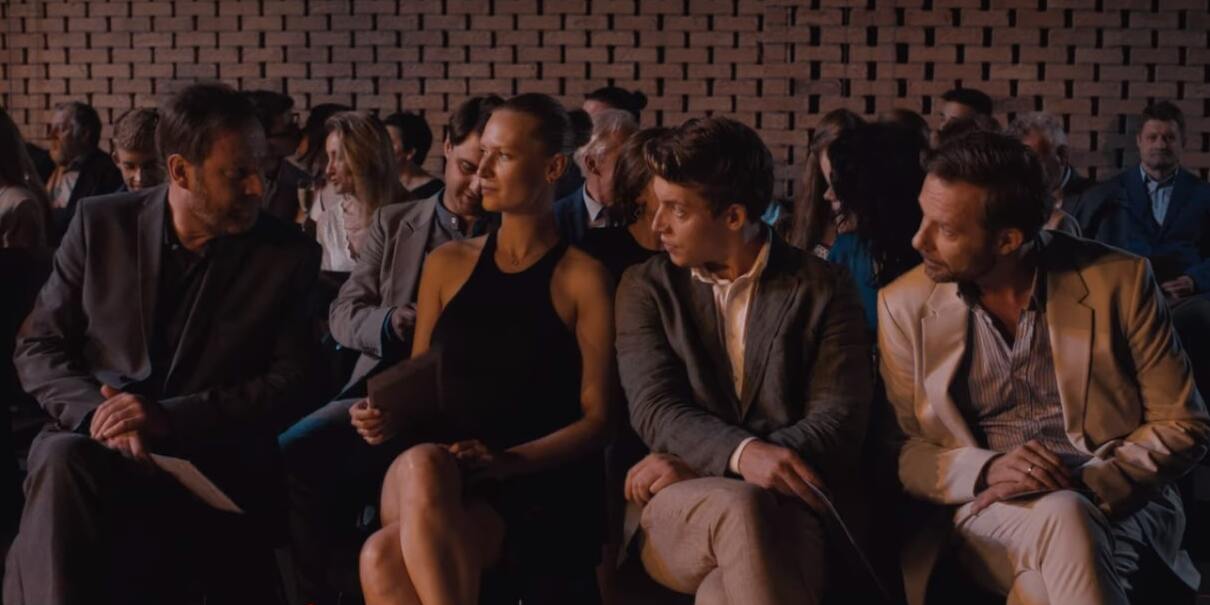 Kuba’s family is moving to Warsaw to open another law firm. Ania is also on her way to King’s College, London, which calls for a bottle of champagne. Meanwhile, Ania comes to see the same stranger from the caravan in the guise of the waiter, who accidentally spills champagne on her dress. He later says sorry, but Ania thanks him for making her escape the situation. A romance brews, but Kuba is hoping for an engagement. Meanwhile, the appearance of a Ukrainian girl named Sasza causes some misunderstanding. When it gets cleared out, Michal gets into a devastating accident. So, do they end up together?

Into the Wind Ending: Do Ania and Michal End Up Together?

Since their arrival at the resort town, Ania and Michal seem to have a spark. At night, Michal works as a waiter in the rooftop restaurant, and by the day, he works as a kite-surfing instructor. After the spilling incident at dinner, Michal and Ania meet the following morning. While Ania’s father has booked a yoga session for the girls, the yoga instructor is sick. Thus, Ania tries her hand at kite-surfing. Michal gets her a harness, and they inch closer in the backdrop of a blue horizon. Later that night, when the others expect Ania at the restaurant, she joins the party on the beach. The bartender introduces her to the crew, Maniana, Bodzio, Kalina, and Sasza. Mateusz and his band light up the party. 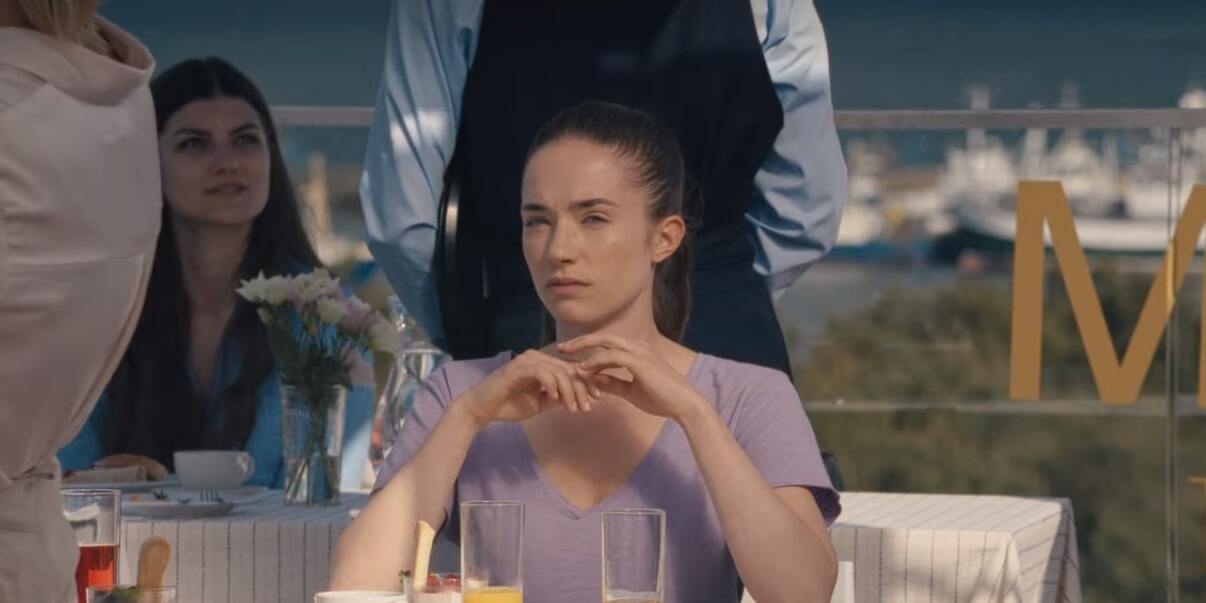 Michal joins the group to sing a romantic number for Ania. However, the following morning, Ania catches Michal kissing Sasza, and when Michal takes some fruits to Ania’s room afterward, she refuses to come out. But later, from a conversation with Mr. Miron, the hotel owner, Ania knows that Sasza is Mr. Miron’s daughter. Ania also realizes that Sasza and Michal have been lifelong friends. If it was not for Michal’s help, Sasza could not manage her life in Poland. After the revelation, the veil of misunderstanding lifts from Ania. She goes back to Michal, and they experience an ethereal liaison on the beach.

After the session, Ania speaks to her father, asking him not to dictate her life. She also breaks off the engagement with Kuba. When Kuba’s father, Marek, blames the situation on Ania’s depression, Andrzej puts his guard up. With the impasse, there does not remain much amicability between the families. And as Andrzej also accepts Michal in the end, we conclude that the ending shows hope for the future of Ania and Michal. However, Ania will begin her study at King’s College, London, after her vacation, and they may end up together, after all. More importantly, Ania’s first stint at romance ends on a positive note.

Is Michal Dead or Alive? Why Does Andrzej Accept Michal?

While the misunderstandings between Ania and Michal clear out, a sudden accident put a question mark on their budding romance. While partaking in a kite-surfing competition, Michal bumps into the pier amidst people cheering and falls unconscious on the water. The incident sends an air of frenzy through the crowd, and they rush him to a hospital. At this point, you may wonder whether Michal is dead or alive, but he emerges alive from the accident. 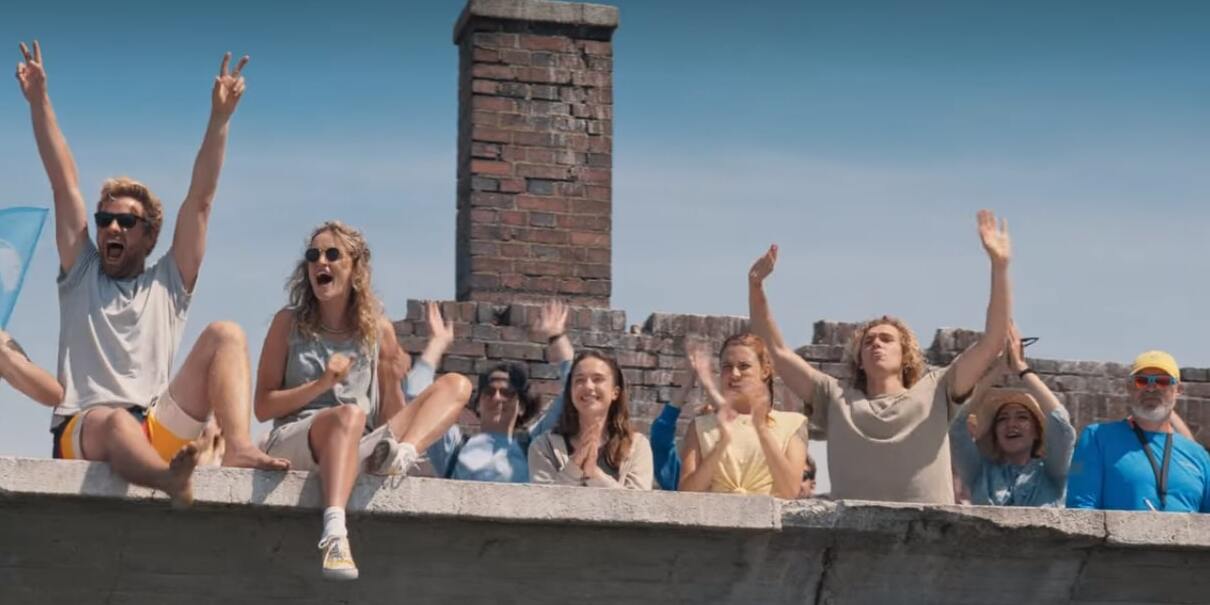 In the end, Andrzej drives Michal from the hospital and back to his friends. At this point, we realize that Andrzej has also accepted Michal into the family. While the ending packs a lot of hope and upbeat music, some of you may wonder why Andrzej accepts Michal despite his “lowly” upbringing. The founder of a reputable clinic and a doctor by profession, Andrzej comes off as an uptight person.

However, in the end, we realize that he cares for his daughter, who is struggling with depression. After the death of Ania’s mother from cancer, Andrzej has become overprotective to compensate for the loss. Ania reminds Andrzej of Ania’s mother, even if Andrzej stays in denial. Thus, when Ania confesses to Andrzej about her being in love, the father accepts Michal, looking at her daughter’s happiness.

Read More: Is Into The Wind Based on A True Story?