’30 Rock’ is one of the most iconic sitcoms ever made that revolves around the various cast and crew members of a sketch comedy show. The series first premiered in 2006 and is created by Tina Fey, who also stars in the lead role alongside Alec Baldwin and Tracy Morgan. The sitcom received critical acclaim and various accolades during its seven-season run on NBC. The series is noted for its satirical humor that essentially parodies the complex corporate structure of a television network.

It enlights the audience about the behind-the-scenes intricacies of producing a TV show. Naturally, viewers must be curious to learn about the inspiration behind the series. If you are wondering whether the series draws from real incidents or true stories, we’ve got you covered. Here’s everything we know in that regard!

No, ’30 Rock’ is not based on a true story. However, the series is loosely inspired by the real experiences of creator Tina Fey, who served as a head writer for NBC’s hit sketch show ‘Saturday Night Live (SNL).’ Fey served as a performer and writer on ‘SNL’ from 1997 to 2006 and pitched a sitcom to NBC in 2002 about cable news. However, Kevin Reilly, the network’s Vice President at the time, rejected the initial pitch and encouraged Fey to use her personal experiences from ‘SNL’ to craft the show. 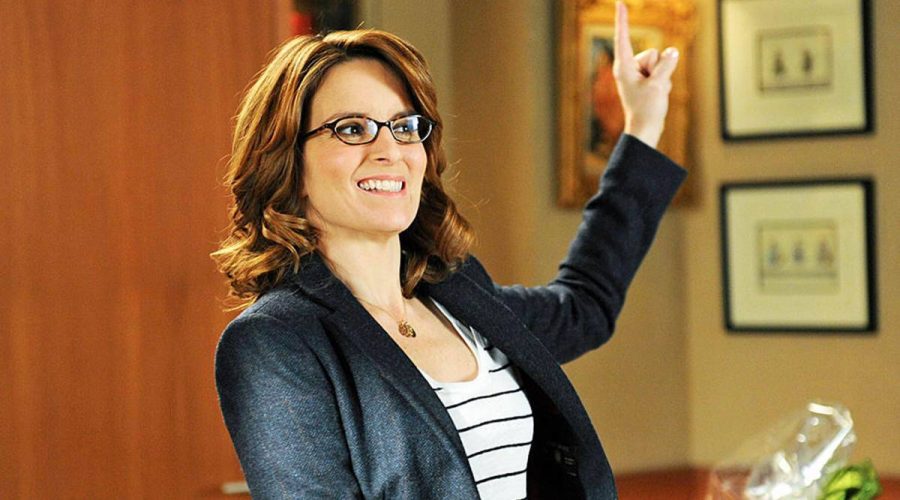 Later, Fey retooled the pitch to revolve around a sketch show, and Riley approved it for production. The pilot script also went through some reworking and eventually took the form we all know and love. The series follows a show within a show format and revolves around the people who work on ‘TGS with Tracy Jordan’ (originally titled ‘The Girlie Show’), a sketch comedy show that isn’t exactly a rip-off of ‘SNL’ but shares some similarities with it.

The fictional show is depicted to air on NBC, which is the home to ‘SNL’ and is said to be produced at 30 Rockefeller Plaza in New York City, which is the exact same location where most of the production of ‘SNL’ takes place. The series also references General Electric, the former parent company of NBC, and includes various parody versions of the network’s shows. It also features plotlines based on real events, such as Comcast’s acquisition of NBC.

Makers of ’30 Rock’ often drew inspiration from real people to a varying extent. For example, Jack McBrayer served as the inspiration for the traits of his character Kenneth as well as other characters. Similarly, Alec Baldwin has said that he based his performance as Jack Donaghy (the controlling executive who often meddles with the show’s production) on Lorne Michaels, the creator of ‘SNL.’ “Professionally, (Jack is) a prototype of several GE executives, but in his personal life, he’s Lorne Michaels,” Baldwin told NPR.

On the flipside, Fey has denied that the uneasy dynamic between Liz and Jack is based on her working relationship with Michaels. The series is also noted for the actors’ improvisation and includes conversations about various real-world events, which lend a sense of realism to it. However, since the show is a comedy, it weaves a fictional narrative that sometimes borrows from reality. Satire is the show’s most vital element, which is almost impossible to execute without the fictionalization of real events. Hence, despite the real-world aspects that influence the show, it is fair to call ’30 Rock’ a work of fiction.