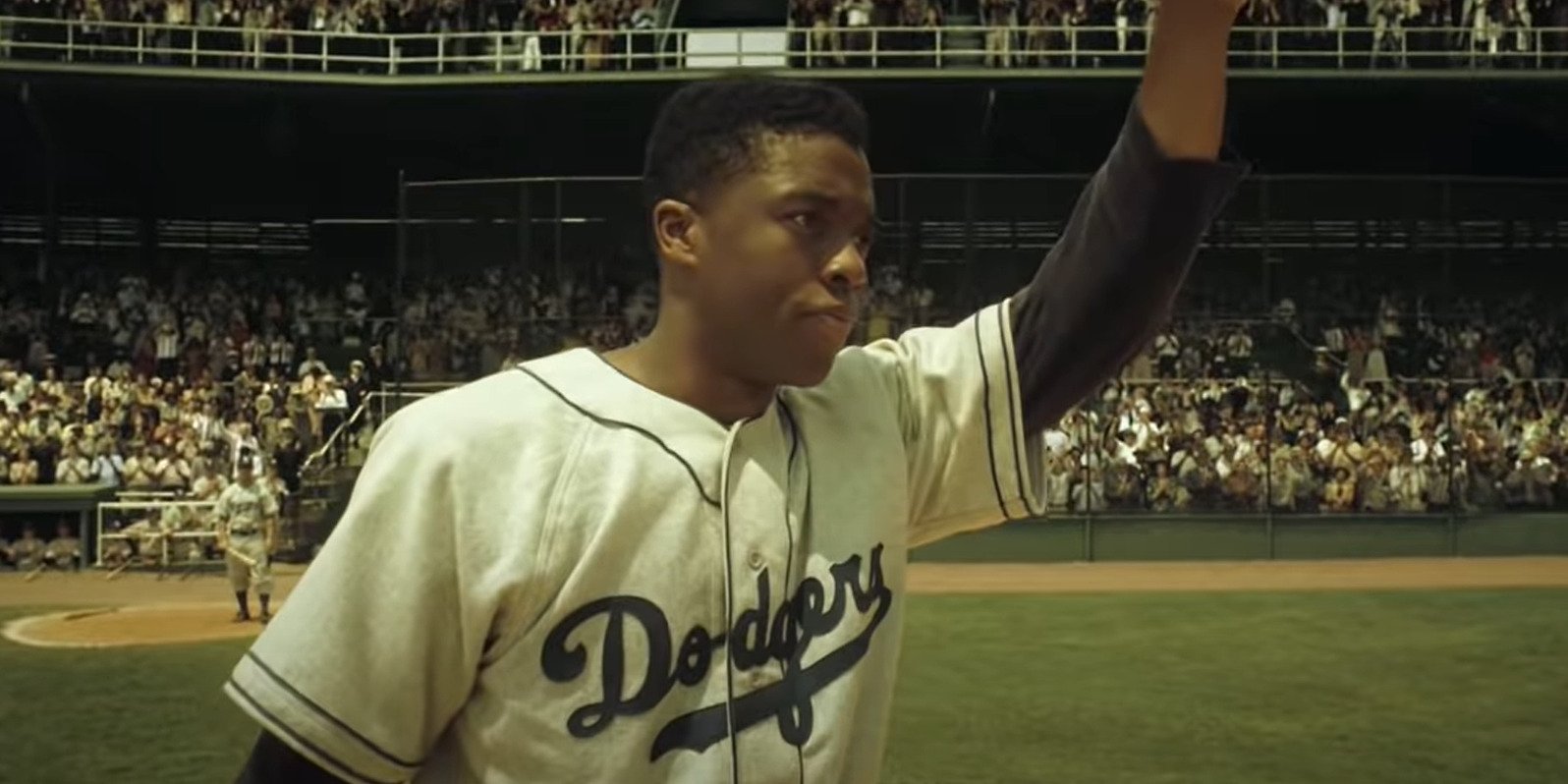 Directed by Brian Helgeland, ‘42’ is a sports drama film that documents Jackie Robinson’s recruitment to the Brooklyn Dodgers by Branch Rickey. Being the first African-American in the 20th century to play in the Major Leagues came with many adversities, for which Robinson would have to be prepared. While all odds are against him, the talented athlete finds it hard not to retaliate against the racial abuse he is subjected to. However, unlikely friendships and support get him through it all.

To this day, many talented individuals struggle to make a mark in their field of expertise due to racism. Hence, one can’t help but wonder if the movie is based on the experiences of one such person. If this question has been bothering you, we are here to put your doubts to rest.

Yes, ‘42’ is based on a true story. The biographical drama film is about the baseball player Jack Roosevelt Robinson, who joined the Brooklyn Dodgers on April 15, 1947. His 10-year Major League Baseball career was nothing short of stellar, and he became one of the most honored black players in the sport. Apart from winning the Rookie of the Year Award in 1947 and the National League’s Most Valuable Player Award in 1949, Robinson was an All-Star from 1949 to 1954 and played six World Series. In 1962, he was inducted into the Baseball Hall of Fame.

As seen in the movie, Robinson’s use of nonviolence and superior skills on the field challenged the very foundation of racial segregation. In fact, he went on to become a crucial part of the Civil Rights Movement. The sports drama accurately captures several aspects of the MLB star’s life, although parts of the storyline have been spiced up for cinematic effect.

The sportswriter Wendell Smith indeed played a pivotal role in Robinson’s career as he was the one who recommended him to Branch Rickey, the Club President and General Manager of the Brooklyn Dodgers. In his book ‘I Never Had It Made: An Autobiography of Jackie Robinson,’ the former MLB player wrote, “I will forever be indebted to Wendell because, without his even knowing it, his recommendation was in the end partly responsible for my career.”

On the other hand, it is true that Robinson was at the receiving end of the insults from the Philadelphia Phillies’ then-manager, Ben Chapman. The two men posed for a photograph, possibly to de-escalate the situation after Chapman received severe backlash for his treatment of Robinson during a match in April 1947. According to Robinson’s autobiography, it was “one of the most difficult things” he had to make himself do.

Robinson also wrote, “There were times after I had bowed to humiliation like shaking hands with Chapman, when deep depression and speculation as to whether it was all worthwhile would seize me.” The legend admitted that the incident “brought me nearer to cracking up than I ever had been.” However, Chadwick Boseman’s Robinson smashing the bat is not something that may have actually happened. Nevertheless, according to Rickey, the sour experience brought Dodgers much closer as a team than anything else they had experienced.

Another part of the film that is allegedly inaccurate is the bit where Fritz Ostermueller of the Pittsburgh Pirates made an insensitive remark and pitched the ball that hit Robinson’s head. According to several reports, the ball hit Robinson’s arm. Ostermueller’s daughter Sherrill Duesterhaus expressed her disappointment with the producers of the film and said, “The producers of ‘42’ certainly owe my father an apology. If they were going to portray my father falsely, they should have used a fictional name.” She even stated, “My dad, to my knowledge, was not a racist. I was not raised in that type of home.” 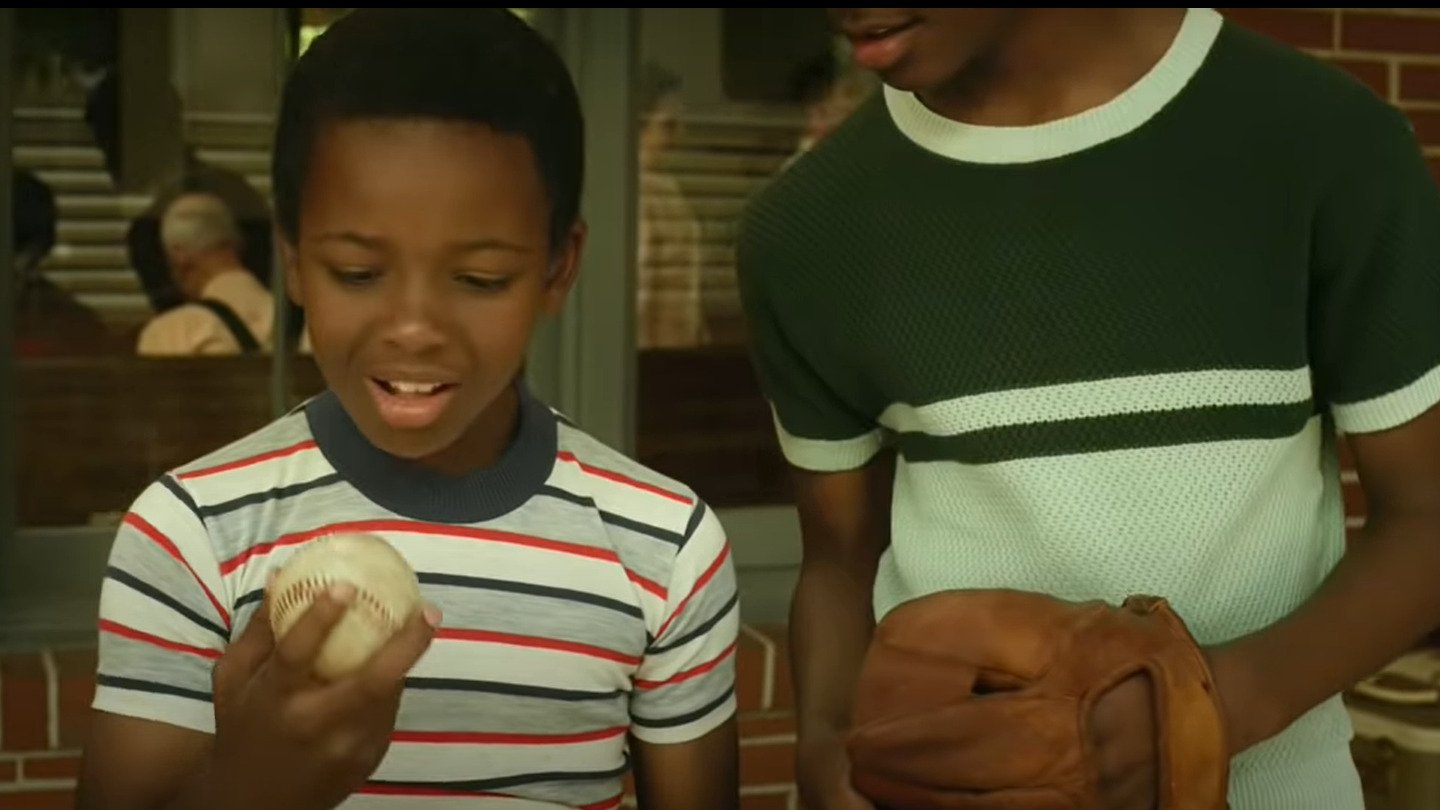 The movie also has a touching section about Robinson’s connection with a young Ed Charles, who grew up to be a Major League Baseball player with an illustrious career. Although Charles did not receive a baseball from him and the part about placing his ear on the train track is probably the Hollywood method of storytelling, it is true that he idolized Robinson.

Therefore, despite taking some creative liberties, the film depicts the real journey of Jackie Robinson. Unfortunately, Robinson died of a heart attack on October 24, 1972, at the age of 53, but his legacy lives on. In fact, in 1997, MLB retired the jersey number 42 across all major league teams, which was a matter of great pride and honor for Robinson.