Lucio Urtubia Now: Is He Based on a Real Anarchist? 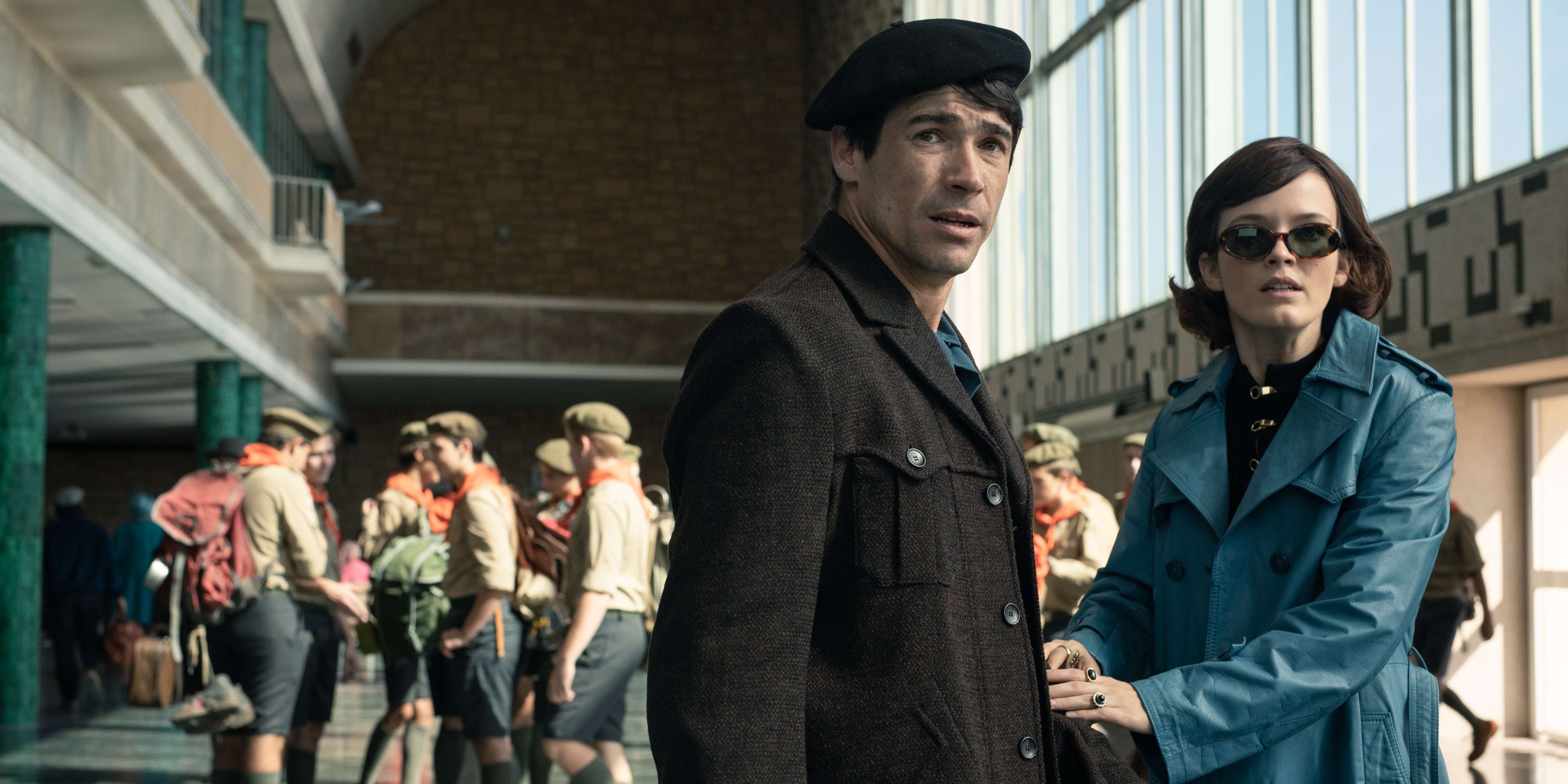 Netflix’s Spanish crime film ‘A Man of Action’ revolves around the life of Lucio Urtubia, a Spanish anarchist who flees to Paris. Lucio forms connections with the local anarchists and eventually becomes a significant member of their organization. The ideology transforms Lucio as he sets out to fight the injustice in the world by trying to destroy capitalist establishments.

Lucio forges thousands and thousands of traveler’s checks in the name of the First National City Bank to bring down the American banking giant. Captivated by Lucio’s saga, we dived into the real-life connections of the character. If you are interested in the same, here are our findings!

Is Lucio Urtubia Based on a Real Anarchist?

Yes, Lucio Urtubia is based on a real anarchist. Lucio, born in the autonomous community of Navarre in Spain, fled to France in 1954 after reportedly getting accused of smuggling. Upon arriving in Paris, the French capital, Lucio became an integral part of the Fédération Anarchiste, an anarchist organization. He reportedly started to rob banks to financially help the anarchist causes in not just France but the whole of Europe. His attention then turned to counterfeit dollar bills. As per reports, he produced several bills to distribute all over the world to lessen the value of the dollar and destabilize the capitalist system of the United States.

Lucio even met Ernesto “Che” Guevara to apparently discuss the same, who dismissed the idea. Soon, Lucio realized the risk of dealing with fake currency bills since he would be sentenced to twenty years in prison if the authorities capture him. The realization led him to forge traveler’s cheques, issued in the name of the First National City Bank, presently known as Citibank. The cheques were used in Madrid, Barcelona, ​​Paris, Brussels, and many other European cities. Lucio’s network involved around 40 people who walked into banks to cash in the cheques at the same time. In no time, the First National City Bank started to fear significant repercussions as they reportedly lost around $20 million.

The French authorities eventually managed to capture Lucio but he proposed a deal with the First National City Bank to earn his freedom and compensation. Lucio offered to hand over the counterfeit plates used to print the cheques in return for “a lot of money,” which the bank accepted.

Where is Lucio Urtubia Now?

After settling the matters with the First National City Bank, Lucio Urtubia became a popular figure in the anarchist circles of Europe. He continued to work as a bricklayer and propagator of anarchist causes. Urtubia never believed that he stole from the banks. He often expressed that he “expropriated” rather than robbed the banks for the sake of the people who had been suffering due to the injustice that prevailed in his society. Even in his 80s, Lucio attended talks and discussions to spread the notions of anarchism since he believed that the utopia he wanted in his 30s and 40s are “more necessary and possible than ever” in contemporary times.

In 1996, Lucio opened Le Space Louise Michel, a cultural center to propagate anarchist and anti-establishment beliefs and notions. The center was named after a renowned anarchist and is located at Rue des Cascades, in the 20th arrondissement of Paris. During his twilight years, Lucio propagated his anarchist visions by writing two books, titled ‘La Revolución Por El Tejado: Autobiografía,’ and ‘Mi Utopia Vivida.’ He also spoke to French and Spanish media outlets to emphasize the need for anarchism in the present times.

Lucio even advocated producing fake documents for people who don’t have the same. According to the anarchist, crime is committed only when people stole money to keep it for themselves rather than using it for the betterment of their fellow human beings. He collaborated with several artists and became the subject of an acclaimed biographical comic titled ‘El Tesoro de Lucio’ and a documentary titled ‘Lucio.’

Lucio Urtubia died on July 18, 2020, in the 20th arrondissement of Paris, the city where he lived since fleeing to France. He was 89 years old at the time of his demise. Although the cause of death wasn’t publicized, the anarchist most likely died due to natural causes. Arnaldo Otegi, leader of the Basque socialist political party Sortu, described Lucio as a “companion of dreams and struggles” upon the anarchist’s death.

Read More: Where Was Netflix’s A Man of Action Filmed?