Is A Perfect Pairing Based on a True Story? 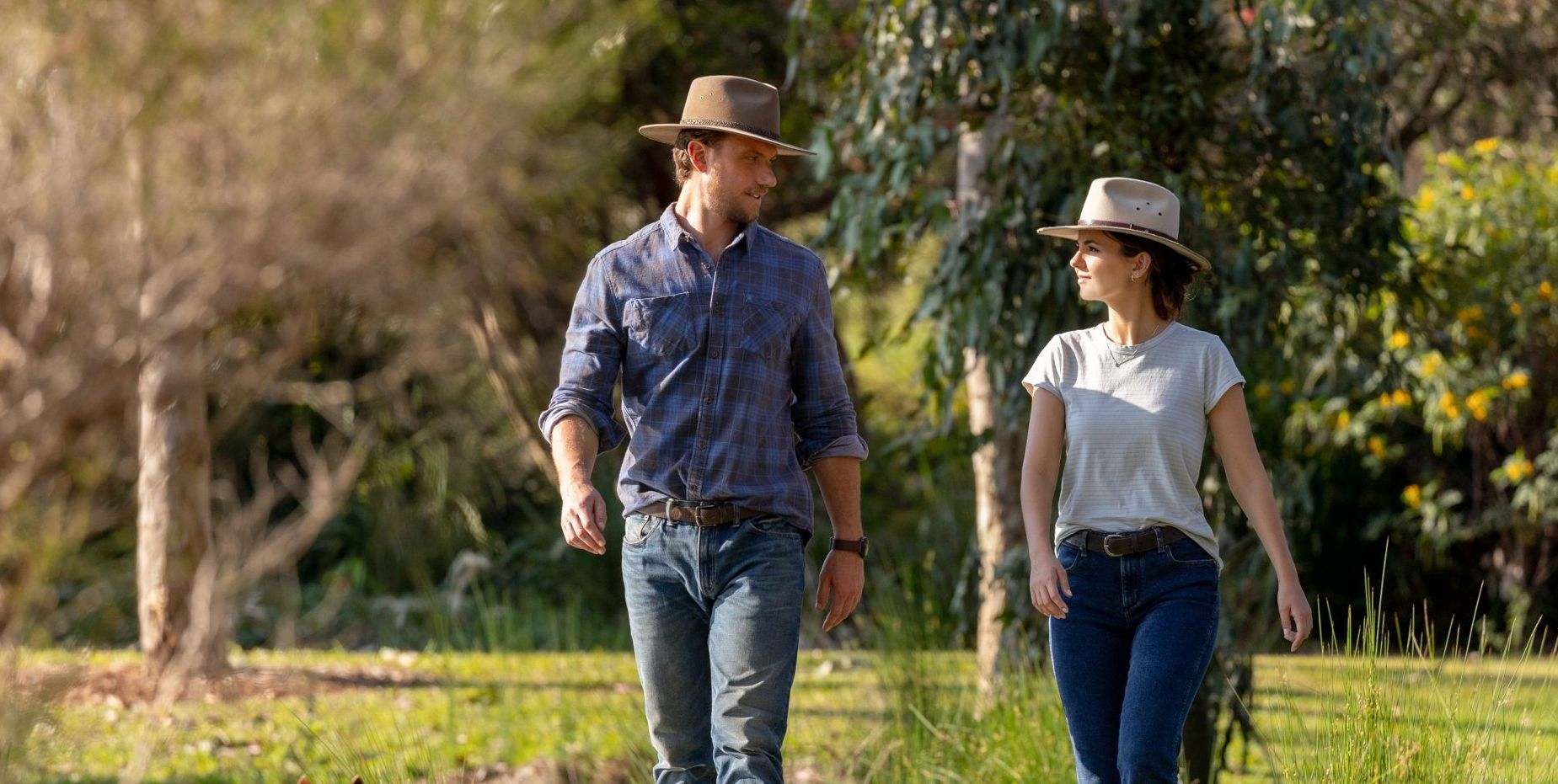 Netflix’s ‘A Perfect Pairing’ is an entertaining romantic comedy movie that speaks about finding love in unexpected places. Directed by Stuart McDonald, the film follows Lola, a hard-working L.A. woman who quits her comfortable job as a wine executive to start her own company. To convince and acquire a high-profile client named Hazel, she travels to her sheep farm in Australia and ends up working there as a ranch hand.

Soon, Lola falls for Max, the handsome farm boss, who hides a big secret that can change everything. With its realistic portrayal of farm life and the imperfectly relatable characters, ‘A Perfect Pairing’ tugs at the audience’s hearts. Naturally, this brings up the question of whether the characters are inspired by real people. If you are just as curious as us to find out, how about we do so together? Let’s begin!

Is A Perfect Pairing Based on a True Story?

No, ‘A Perfect Pairing’ is not based on a true story. The film is adapted from a stellar screenplay written by Hilary Galanoy and Elizabeth Hackett. The movie authentically captures how people live and work on sheep farms – from how fences are built to how the animals are herded and sheared, as well as how fertilizer is created.

Moreover, the narrative depicts the Australian culture and landscape quite realistically, especially in terms of linguistic dialect and life on Australian ranches. This includes kangaroos and snakes being a constant nuisance, as well as the challenges posed by high temperatures during the day that can be difficult to adapt to. In ‘A Perfect Pairing,’ the protagonist Lola is an entrepreneur accustomed to fast-paced city life and struggles to adjust to rural life in Australia.

Lola’s journey from being a clumsy amateur to being an efficient farmworker is a rather bumpy ride, which reflects how difficult and unglamorous manual labor is. At the same time, it elaborates on how satisfying self-service and hard work can be as it connects a person to their roots and encourages sustainability.

In addition, Lola goes for a work vacation to an Airbnb in the Waratah station in Australia to meet her potential client Hazel and get a taste of rural life. This highlights the modern trend of leaving behind city life for work-based getaways in rural farmlands. Furthermore, both Lola and Hazel are self-made entrepreneurs who run their companies based on sheer dedication and hard work. There are numerous real-life examples of dynamic women entrepreneurs like Oprah Winfrey, Vera Wang, and Sara Blakely, who have also created successful business empires with the same qualities.

Apart from this, the Netflix film emphasizes being true to oneself and the importance of honesty in relationships. Though Lola falls in love with Max, she is unable to accept him till he tells her the complete truth about his identity and takes charge of his legacy. Several other movies explore common themes, such as ‘A California Christmas,’ which revolves around Joseph, a wealthy charmer who goes to rural California to acquire a farm but ends up falling in love with the simple life as well as the sweet farm owner Callie.

Moreover, the movie ‘Falling Inn Love‘ chronicles interior designer Gabriela, who travels to rural New Zealand to restore a dilapidated inn, but falls in love with the local contractor Jake. Just like Lola, the protagonists in both these movies find happiness in new environments by stepping out of their comfort zones. Not just that, they gain new vigor to work on their goals, thus reiterating the role of change in transforming one’s perspective. In summation, we can say that even though ‘A Perfect Pairing’ is not based on a true incident, it accurately mirrors real life and human relationships.