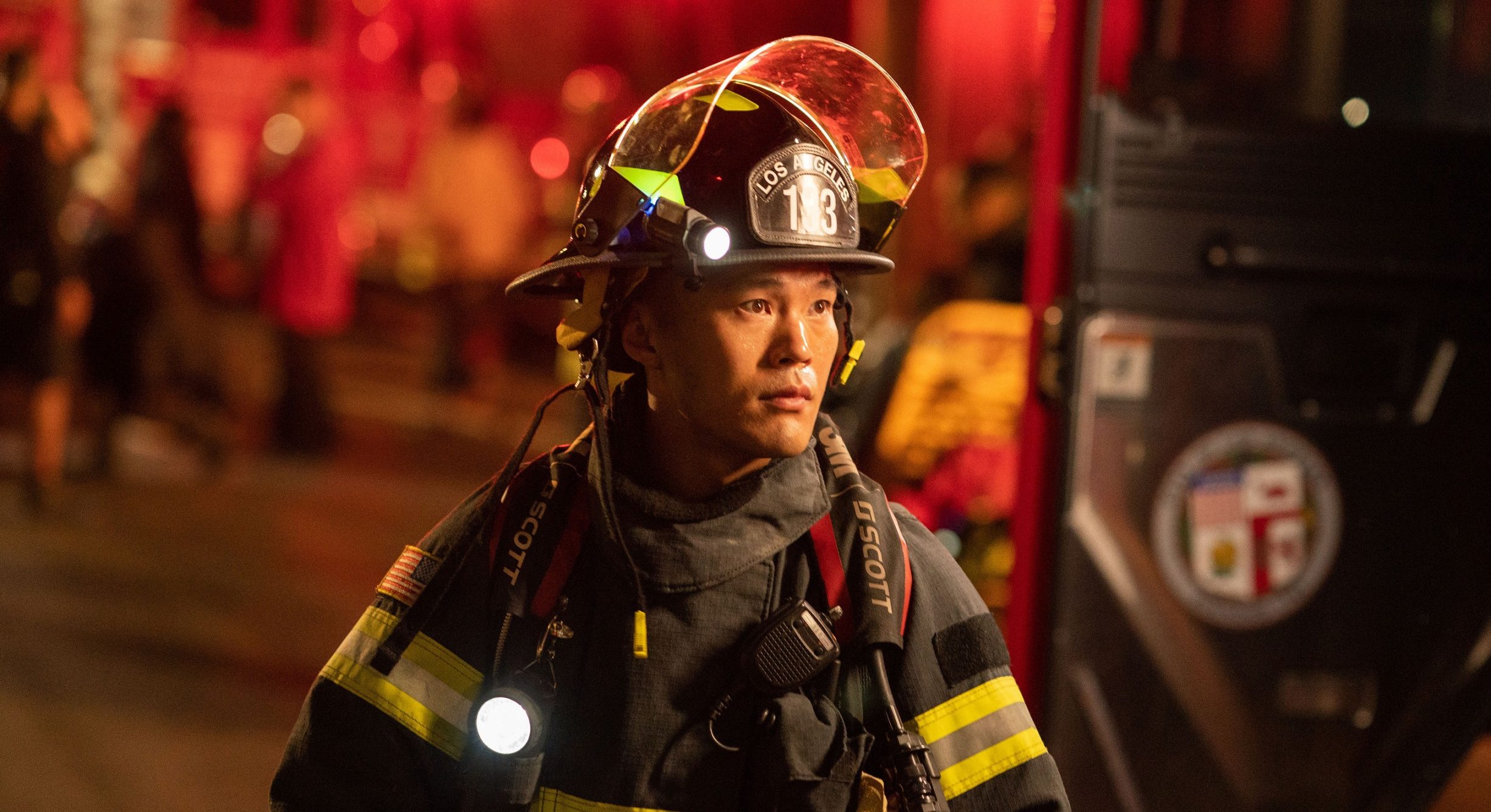 John Harlan Kim’s Albert Han is one of the beloved characters in FOX’s action series ‘9-1-1.’ As Howard “Howie”/”Chimney” Han’s brother, Albert remains an integral part of the former and Maddie Buckley’s storyline. When Jee-Yun is born, Albert becomes an uncle. In the fifth season, Albert works with Station 133 and even collaborates with his brother at times. However, Albert hasn’t been featured in the sixth season of the show, making the viewers alarmed about his current whereabouts. Since he has met death at a short distance like any other firefighter, admirers of the character can’t be blamed for being concerned about him. Well, here’s everything you need to know about Albert! SPOILERS AHEAD.

No, Albert Han is not dead. In the fifth season, Albert expresses his desire to leave LAFD to his brother Chimney, who encourages him to stay in the department regardless of the challenges he is facing to be a good firefighter. Soon, Station 118 and 133 team up to extinguish a fire in a building, paving the way for Chimney and Albert’s combined efforts to secure a tower integral for communications. Unexpectedly, the roof of the building falls off and Albert clings to his life. Albert eventually gets saved and Chimney realizes that it isn’t fair to ask his brother to risk his life for a job he doesn’t enjoy. 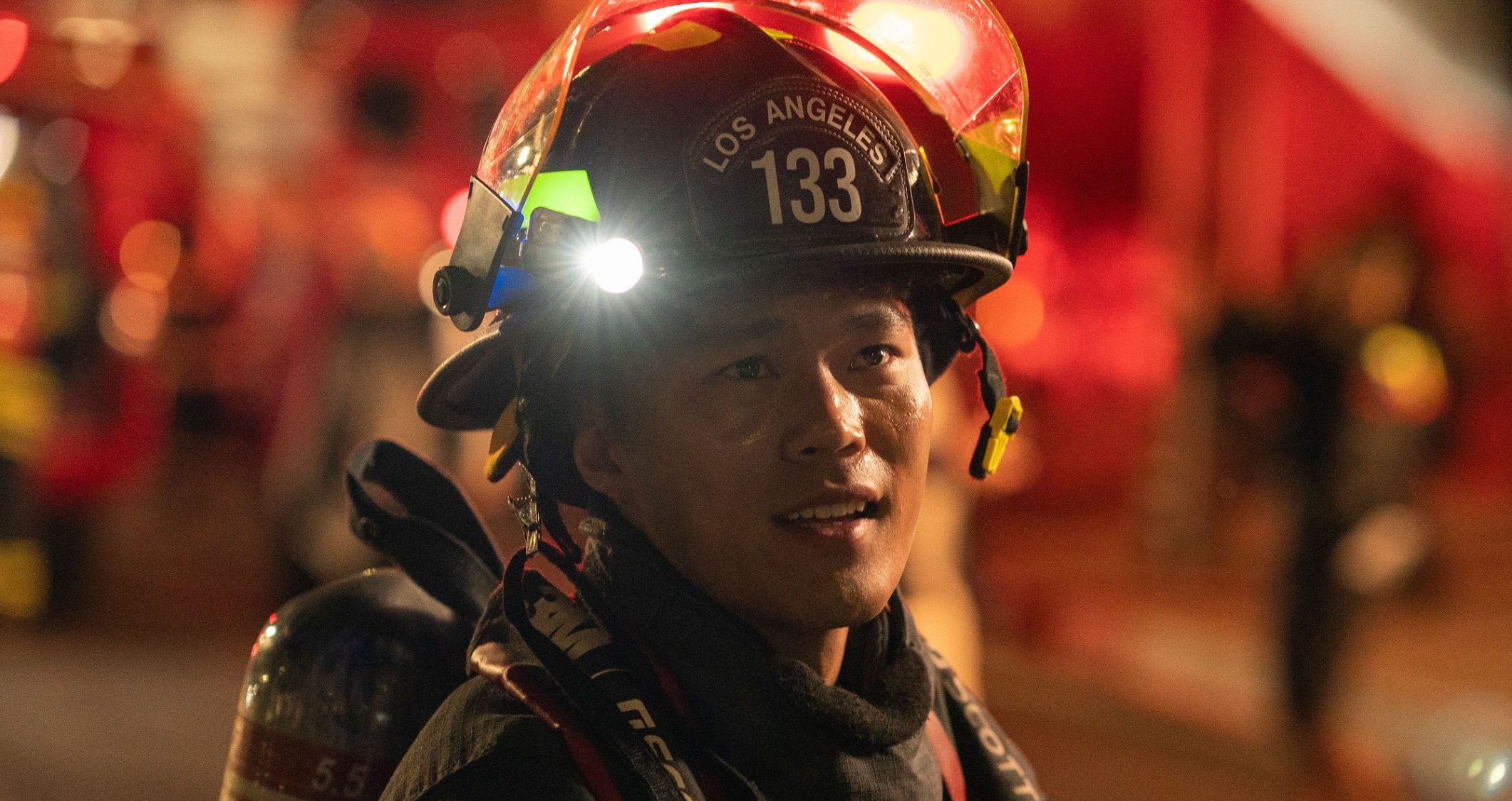 After the incident, Albert quits the department and starts looking for a new job. In the fifth season finale, he writes a career aptitude test and comes to know that he may excel as a librarian, sociologist, archeologist, lawyer, or cosmetologist. Thus, Albert may have pursued any of these careers or found another one that suits his heart. Since Chimney hasn’t talked about Albert or his job yet, it is ambiguous what he has become. But fortunately, he is alive and well and must be finding a way to please himself rather than pursuing a career to make his brother or father proud. The fifth season finale is the last time John Harlan Kim features in the action drama. So, did he leave the show? Let’s find out.

Although neither FOX nor John Harlan Kim has announced the actor’s departure from ‘9-1-1’ officially, Kim’s absence does indicate that he is most likely not a part of the action drama anymore. The actor is a part of the cast of the upcoming Apple TV+ show ‘The Last Thing He Told Me,’ whose filming started in May 2022, which explains his absence in the FOX series as well. Previously, the actor’s screen time in the fifth season was affected due to his involvement in ‘Nancy Drew.’

Considering these factors, it is safe to say that Kim had most likely left ‘9-1-1.’ Having said that, we can expect him to return to the show in the future as Jee-Yun’s Uncle Albert. Since he is alive and a significant part of Chimney’s family, Albert’s return to the endearing drama between his brother and Maddie cannot be ruled out. Once Kim completes his commitments, we can hope that he will appear in the action series, at least to give new insights about Albert’s current whereabouts.

Read More: Who Plays Christopher in 9-1-1? Does He Have Cerebral Palsy in Real Life?