Is Alden Dead? Did Callan McAuliffe Leave The Walking Dead? 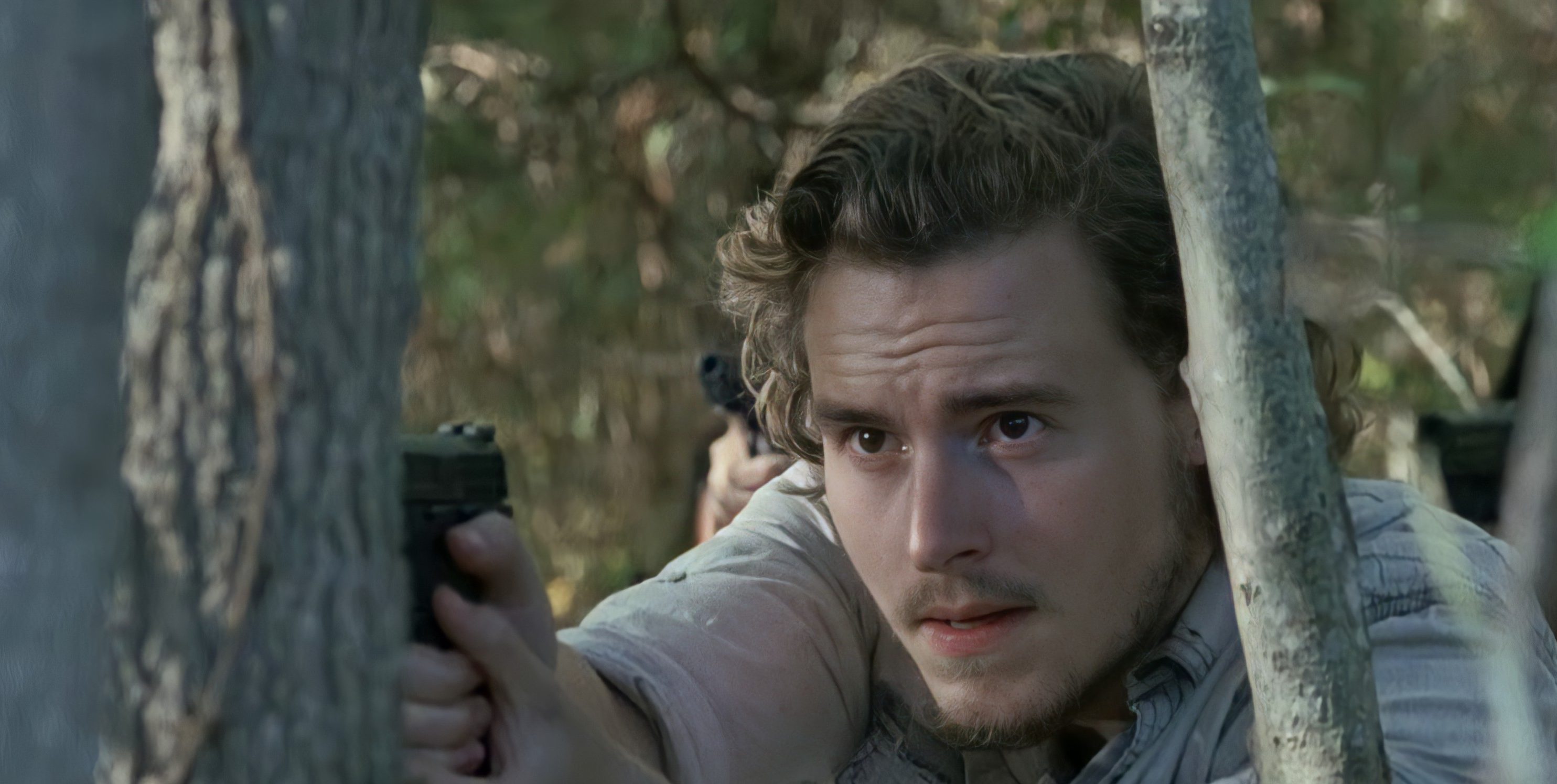 When Alexandria’s food supplies deplete in AMC’s post-apocalyptic series ‘The Walking Dead’ season 11, Maggie forms a team that includes Alden to raid Meridian. In between their journey to Meridian, Maggie, Alden, and others encounter the Reapers, a menacing community that attacks them. Wounded, Alden realizes that he will slow down the team in the pivotal mission and decides to seek safety in a church till the others return with the supplies. In the ninth episode of season 11, Maggie keeps her promise and returns to the church, only to get startled to see Alden’s condition. If you are wondering whether Maggie’s loyal friend is dead, we have got you covered! SPOILERS AHEAD.

Yes, Alden is dead. After defeating the Reapers and garnering the required food supplies, Maggie takes leave of Elijah to bring Alden back to the group. She reaches the church Alden has sought safety in and opens the door, only to encounter a walker. She kills the dead, starts to look for Alden, and astoundingly realizes that her friend has become a walker upon getting bit by one. She approaches Alden and ends his suffering as a walker by killing him. Maggie buries Alden’s body nearby and spends some time near his grave to grieve the death of her loved friend.

After getting seriously injured by the Reapers, Alden decides to not become a burden to his companions. Even after knowing that his decision is a gateway to death, especially with walkers looming around, the former Savior prioritizes his companions and community’s betterment. With very less supplies and lesser security measures to survive, he stays in the church and bids adieu to Maggie, only to sacrifice himself. Alden’s selfless action, however, helps Maggie and her team to successfully complete their mission. With a grieving heart, she rejoins her team and returns to Alexandria with the food supplies.

From the eighth season, Callan McAuliffe’s Alden plays a significant role in the narrative of the show. As one of the few level-headed Saviors, Alden stands out and gains the attention of Maggie. Later, he becomes one of the members of the Hilltop Council and his path leads him finally to Alexandria. Alden earns the admiration and respect of the Alexandrians, for whom he sacrifices his own life. Alden’s death creates a major void in Maggie, with whom he shared an admirable bond. By the end of the ninth episode of season 11, Maggie seemingly moves on from Alden’s death.

Even though AMC or Callan McAuliffe hasn’t yet released an official statement revealing the actor’s departure, Alden’s death indicates that McAuliffe had most likely left the show. With no scope or potential left for the character’s return in the narrative, the actor’s time in the show most probably comes to an end. Unless the creative heads want to bring back Alden in flashbacks or dreams, the chances of seeing the character and the actor again in the rest of the final season are extremely unlikely.

Thus, we believe that Callan McAuliffe is unlikely to continue featuring in ‘The Walking Dead.’ Although McAuliffe’s Alden is guaranteed to be missed, the character has offered several incredible moments for the admirers of the show to cherish from the eighth season to the early eleventh season.