Is Alexandra Daddario’s Rachel in The White Lotus Season 2? Did She Leave the Show? 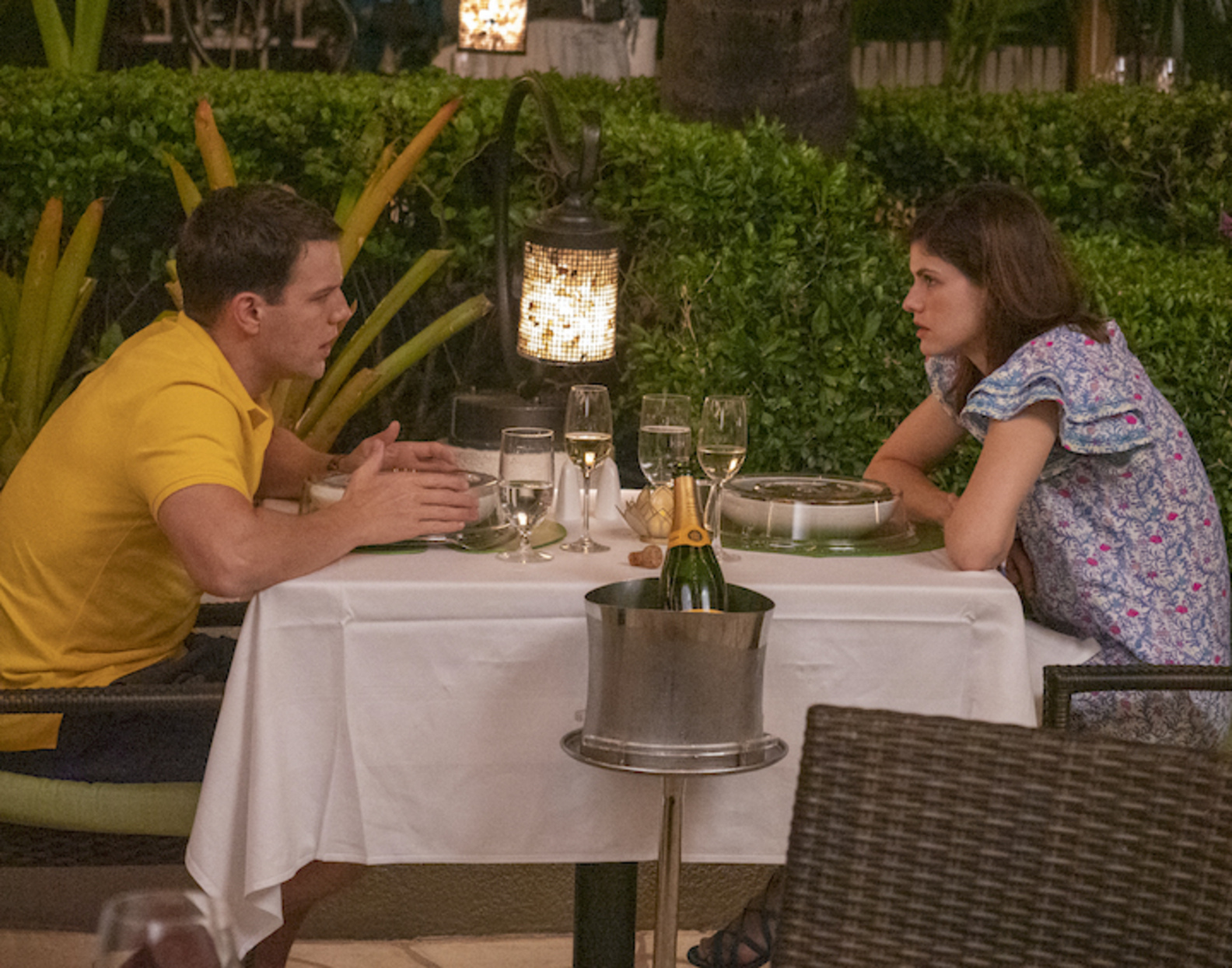 Portrayed by Alexandra Daddario, Rachel Patton is one of the main characters of the first season of ‘The White Lotus.’ She comes to the Hawaii branch of the White Lotus with her new husband, Shane, a narcissistic and entitled realtor. Rachel aspires to be a journalist but is stuck with the job of writing clickbait articles for a small website. As Shane starts feuding with the hotel’s manager for not providing them with the room his mother booked for them, Rachel realizes that she might have made the biggest mistake of her life by marrying Shane. If you are wondering whether Rachel Patton is part of the second season of ‘The White Lotus,’ we got you covered. SPOILERS AHEAD.

Is Alexandra Daddario’s Rachel in The White Lotus Season 2?

No, Rachel Patton isn’t in the second season of ‘The White Lotus.’ The show was originally developed as a limited series, but because of its critical and commercial success, the producers decided to turn it into an anthology project. As a result, in season 2, the setting is the White Lotus hotel in Sicily. The second season also has a mostly new cast of characters. The only actors who reprise their roles from the first season are Jennifer Coolidge as Tanya McQuoid and John Gries as Greg, Tanya’s husband.

As for Rachel, her arc seems to have come to an end in season 1. Her predicament worsens with the arrival of her mother-in-law Kitty at the hotel. She later becomes frustrated with Shane’s antics and decides to end their marriage. However, by the end of the season, she is forced to face certain realities about herself. Rachel comes to realize that she will probably never be a successful journalist. As a result, she chooses security over uncertainty and freedom and reconciles with Shane, promising her husband that she will be happy.

Did Alexandra Daddario Leave the Show?

Yes, Alexandra Daddario left ‘The White Lotus.’ For her performance in the show, the actress received a Primetime Emmy nod. In a July 2022 interview with The Hollywood Reporter, Daddario reflected on Rachel’s promise to Shane of being happy. “I think that’s such a sad line,” she said. “I’ve actually said that or some version of that to a boyfriend before. [Rachel’s] now married. She has money. She’s in this resort and Shane’s like, ‘What’s the problem here? You’re causing all this.’ Just by being vulnerable and trying to express how she’s feeling, she feels like she’s in trouble. So, ‘I promise I’ll be happy.’ She’s not really going to be happy. She’s going to pretend, and that’s so sad.”

Daddario continued, “I want to say, especially for women, but I think it’s for everyone, there’s this sense that you’re not supposed to show emotion all that much. And in the environment I grew up in, it was frowned upon, and the word ‘crazy’ [was said] if you cry or have a certain reaction. I found solace in an acting class because you were not only allowed to cry or show emotion or show exuberant joy or be too loud or whatever, you were encouraged to find those.”

Daddario also told the same outlet that she believes that Rachel will leave Shane in the future. Since ‘The White Lotus,’ Daddario has worked on the film ‘Wildflower’ and the upcoming tv series ‘Anne Rice’s Mayfair Witches.’

Read More: Is Murray Bartlett’s Armond in The White Lotus Season 2? Did He Leave the Show?