Is Along for the Ride a True Story? Are Eli and Auden Based on Real People? 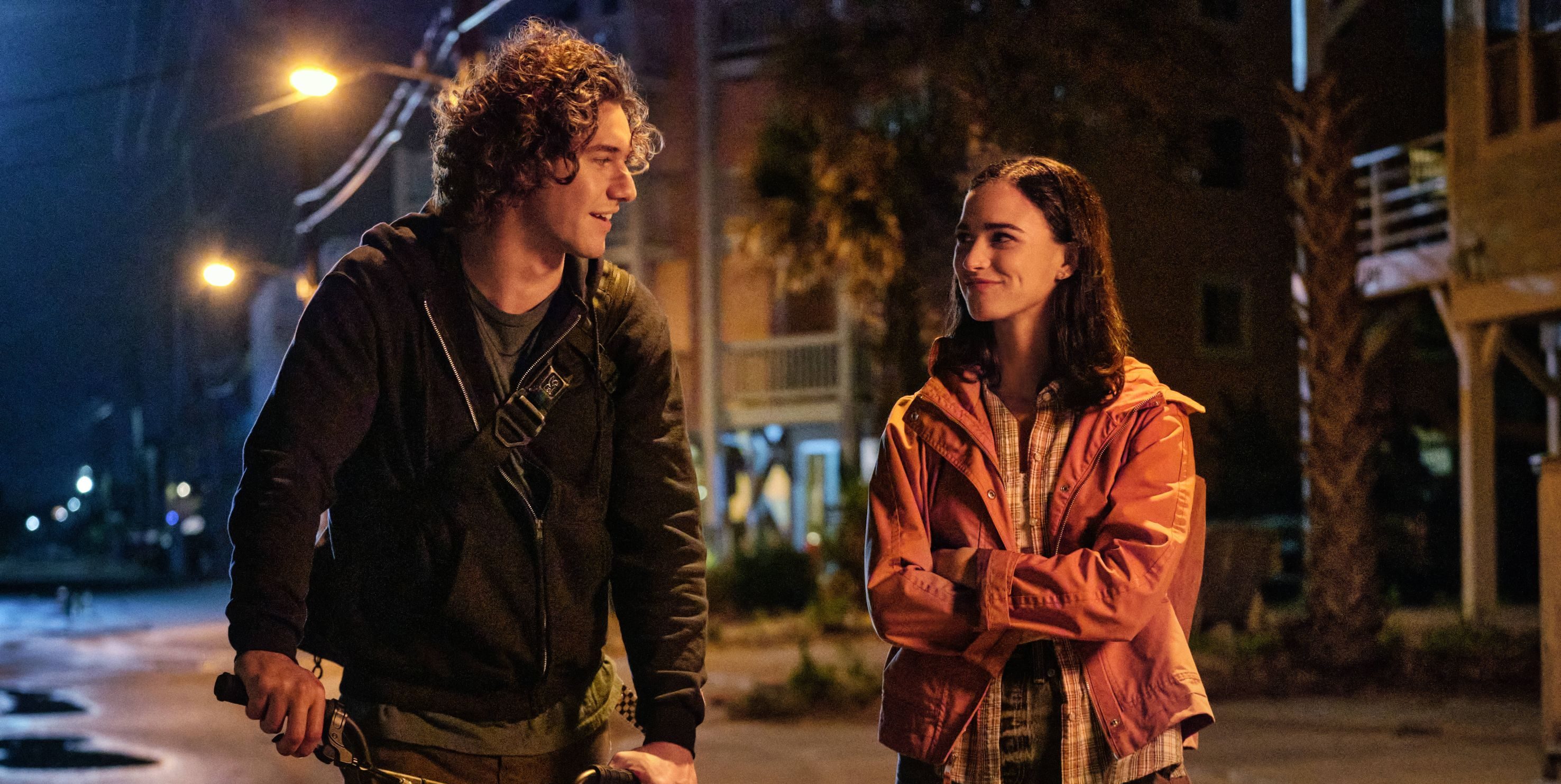 Directed by Sofia Alvarez, Netflix’s romantic film ‘Along for the Ride’ centers around the life of Auden, who arrives in the town of Colby to reconnect with her father Robert. She decides to work at the store of her stepmother Heidi while staying in the seaside town. Eventually, Auden meets Eli, a mysterious fellow insomniac who frequently comes to see her with a bike.

The film progresses through the bond Auden and Eli share and their influence on each other’s lives. The heart-warming romantic tale succeeds in moving the viewers with its realistic portrayal of their relationship. Naturally, one must be eager to know whether they and their story are indeed real. Let us share the answers!

Is Along for the Ride a True Story? Are Eli and Auden Based on Real People?

No, ‘Along for the Ride’ is not based on a true story. The film is based on the eponymous novel written by Sarah Dessen. The author originally conceived Eli and Auden for the fictional narrative of the book, adapted for the film by director Sofia Alvarez. However, real-life did influence the novelist while she was creating Eli and Auden’s affecting story. Eli’s bike stunts and obsession with bikes are seemingly inspired by the life of Sarah’s husband Jay, who was into bikes while she was writing the novel. Jay had built a series of bike jumps in the backyard of their house for stunts, which was a regular sight for the author while conceiving the book.

Auden’s life, on the other hand, was created with a touch of Sarah’s own experiences. “Riding a bike and learning how to ride a bike, it’s sort of a big part of being a kid. It was sort of your first freedom. So, I loved the idea of this girl, you know she’s always been very cautious and serious, willing to kind of make a fool of herself and learn how to ride this bike,” the author told Penguin Teen about the foundation of Auden. In the novel and the film, Auden’s attempts to learn to ride a bike gives her a sense of courage and liberation.

Sarah integrates such personal experiences into the fictional character effectively for the sake of her narrative. “I’m a lot like Auden in a lot of ways. I’m a perfectionist. I like to do things perfectly. I get really frustrated when I am not good at something,” the author added in the same interview. Heidi’s life as the mother of a newborn, who wouldn’t stop crying, is also inspired by Sarah’s own experience as the mother of such a child while she was writing the novel. Through these real-life inspired details, Sarah enhanced the fictional tale of Eli and Auden to become realistic and authentic.

One of the significant themes of the film and the novel is failure. Reality again influenced Sarah to integrate the theme into Auden’s life. “I met a lot of girls like this, who are pressured to just be good at everything and to make it look flawless and easy. I was really interested in, kind of, the appeal of failure and how it can really shape you as a person,” the novelist added to Penguin Teen.

The film and the novel depict how Auden survives these pressures and expectations to embrace her failures to change herself. Auden and Eli, along with their heartening story, are supreme examples of fiction inspired by little fragments of reality. Although the fictitious characters and their life together are independent and do not have real-life counterparts, they are indeed relatable and realistic.

Read More: Where Was Along for the Ride Filmed?