Where Was Along for the Ride Filmed? 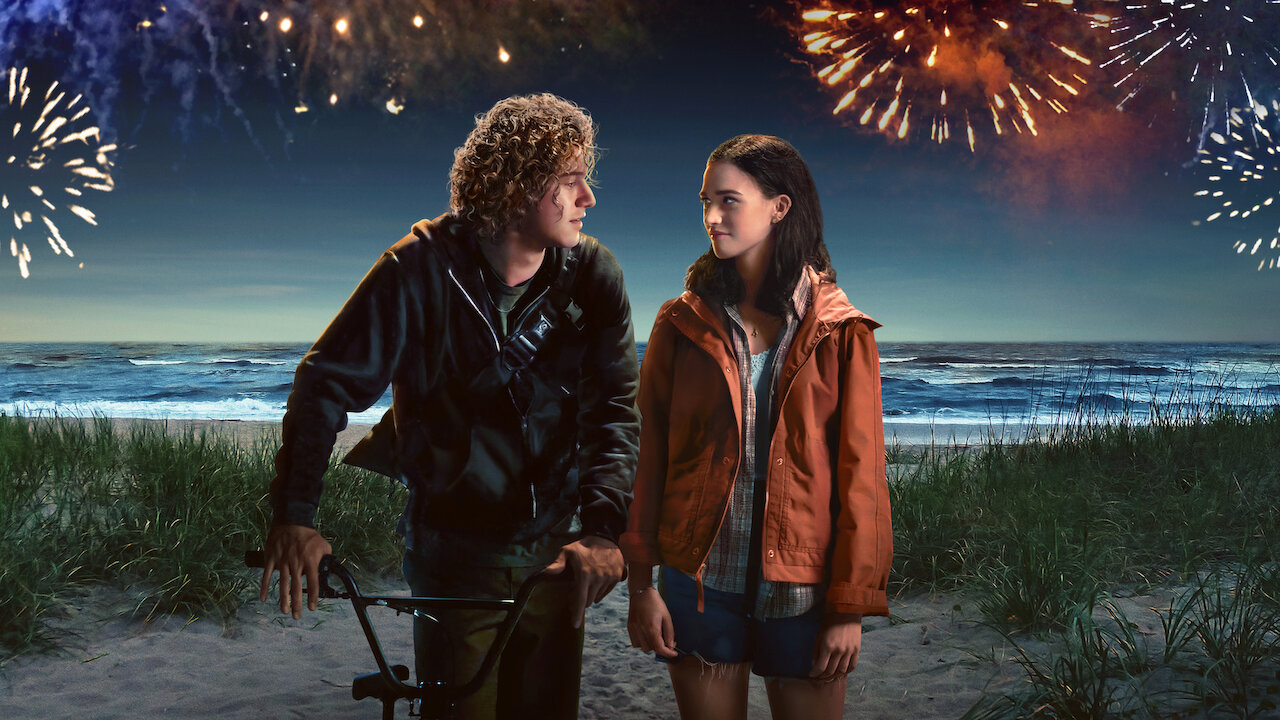 Playwright-director Sofia Alvarez of ‘To All the Boys I’ve Loved Before‘ fame infuses a contagious spirit in her feature directorial debut ‘Along for the Ride.’ Based on Sarah Dessen’s bestselling novel of the same name, the story revolves around Auden, a person with insomnia struggling with her monotonous teenage existence. However, the summer before college brings a breath of freshness for her as she meets Eli, who also has insomnia.

The movie chronicles the two misfits roaming the paths of a serene seaside town on nocturnal misadventures. Auden gets to experience the fun and wild teen life in the process, but she knows little about Eli. The backdrop of the seaside community of Colby adds an enchanting ambiance to Auden’s coming of age. However, you may want to pin down all the places the director and the team visited in the course of making the heartwarming adventure. If you seek to identify the areas, allow us to lead you to the sites.

Along for the Ride Filming Locations

‘Along for the Ride’ was filmed in its entirety in the US, especially in and around North Carolina. Principal photography commenced on April 22, 2021, coming under wrap by June 4 of the same year. Luca Del Puppo of ‘Slender Man’ fame handled the cinematography, while veteran production designer Celine Diano (‘Unpregnant‘) came on board as the production designer. Curiously enough, North Carolina has not been in the limelight for numerous movie productions, despite the state featuring a range of landscapes to entice producers and filmmakers.

Apart from the facilities and skilled laborers, the state promotes in-state filming by offering up to a 25% tax rebate for eligible production expenditures. However, on the other side of the coin, its untapped beauty is what attracts productions in the state. Over the years, several indie and blockbuster productions have visited the state, from Steven Spielberg reared ‘The Color Purple‘ to ‘The Conjuring.’ Let us now take you to the specific locations where the filming occurred.

Most of the movie was filmed in Carolina Beach (or “the island” as referred to locally), including the beach scenes. The name refers to a picturesque township in Hanover County on the coast of North Carolina. A popular tourist destination, the town provides one of the most authentic North Carolina beach experiences. 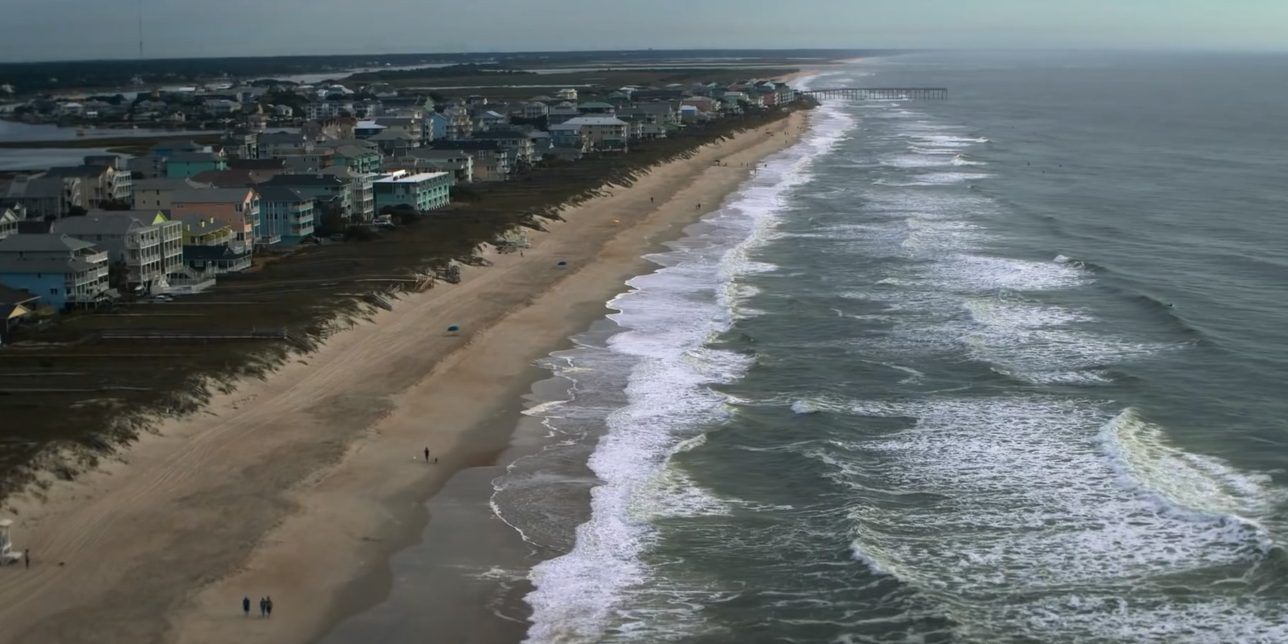 Over the years, the beach has become a prime spot for a family-friendly weekend getaway. During their stay in the town, the cast and crew got hold of several local businesses, including Nest Realty. The real estate agency office, located at 112 Cape Fear Boulevard in Carolina Beach, provided for both exterior and interior scenes.

The production team also lensed a few scenes in a seafood restaurant named Havana’s, situated at 1 Lake Park Boulevard North in the town. Complete with a beachy bar, the vintage property makes a perfect ambiance for grabbing a casual brunch. Some sequences were filmed in and around a property located at 1108 Carolina Beach Avenue North, near the Sand Dollar Public Beach. Outdoor scenes also feature Carolina Beach Avenue North and Snow’s Cut Bridge. Located at 1400-1598 Lake Park Boulevard North over Snow’s Cut River, the bridge is one of the crucial commute paths outside the town. 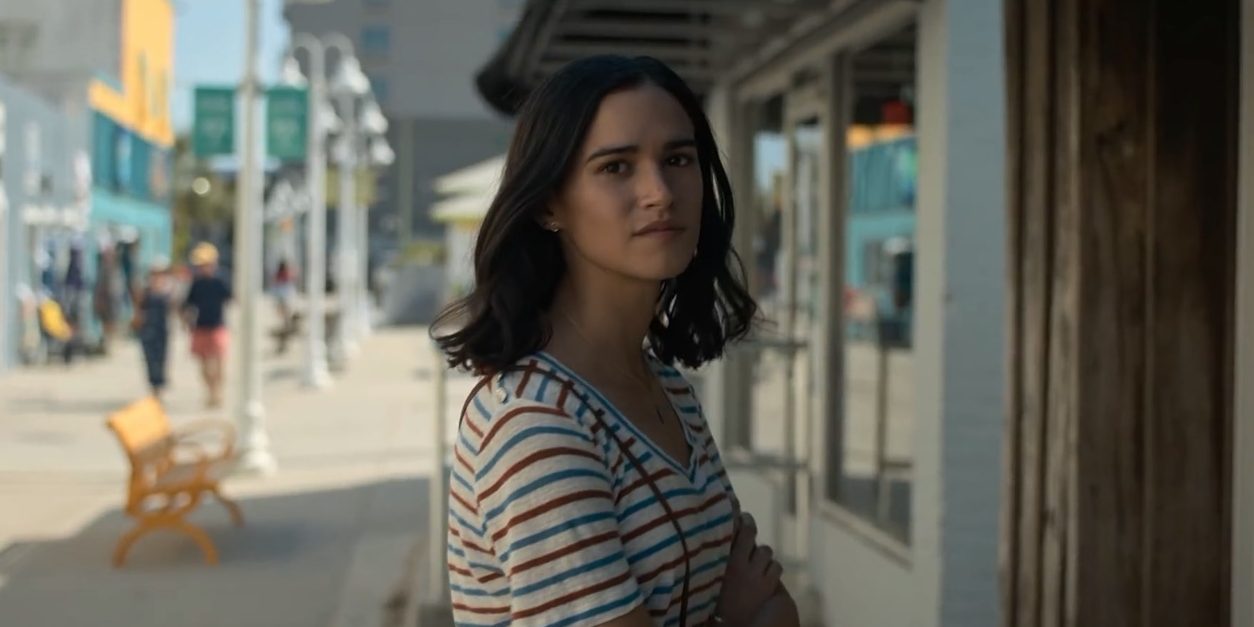 The cast and crew also visited the Carolina Beach Boardwalk, a touristy beach pavilion at 101 Cape Fear Boulevard. In the Boardwalk, scenes were specifically lensed on the premises of Britts Doughnut Shop, a famous doughnut shop at 11 Carolina Beach Avenue North in the town. Interior scenes were filmed in Melissa’s Coin Laundry, a laundromat located at 702 Lake Park Boulevard South. Eli’s hideaway is not far from the laundromat at Carolina Beach Scuba, a scuba instructor also located at 702 Lake Park Boulevard South. 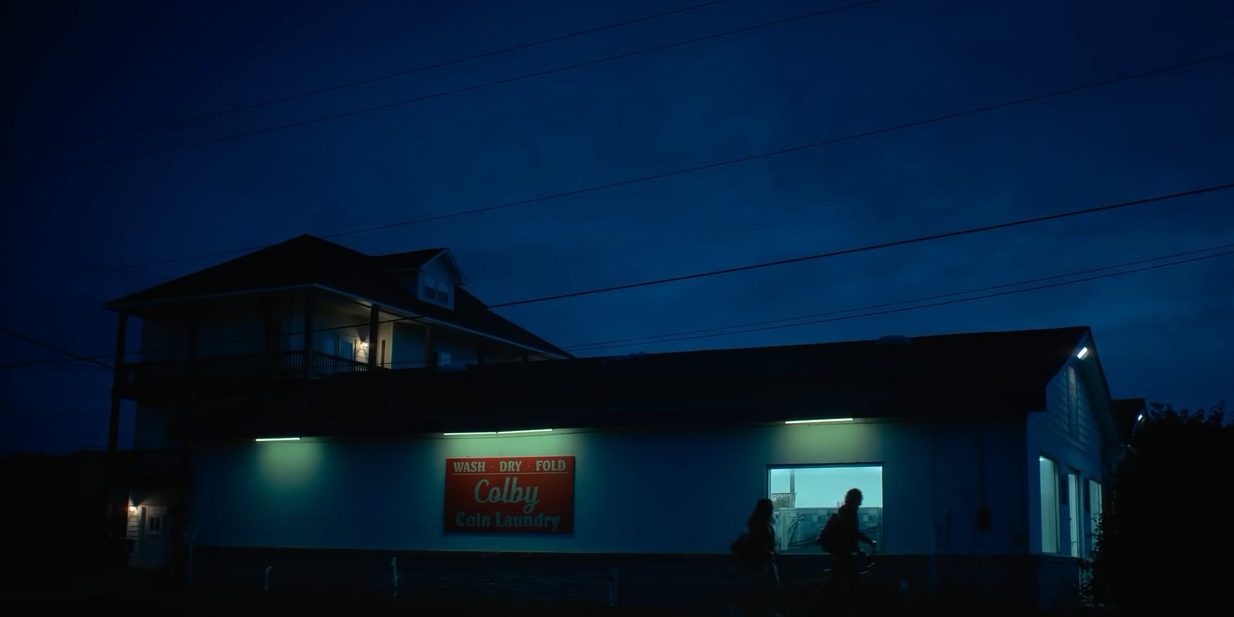 Some exterior scenes feature Pleasure Island Rentals, a canoe and kayak rental service situated at 2 Lake Park Boulevard North, in the same neighborhood. On the other hand, the park scenes were almost exclusively lensed in the Carolina Beach State Park, a vast park and recreational area at 1010 State Park Road by the Cape Fear River. Apart from its multiple trails and wondrous flora and fauna, the park also features camping facilities and boat rental places. 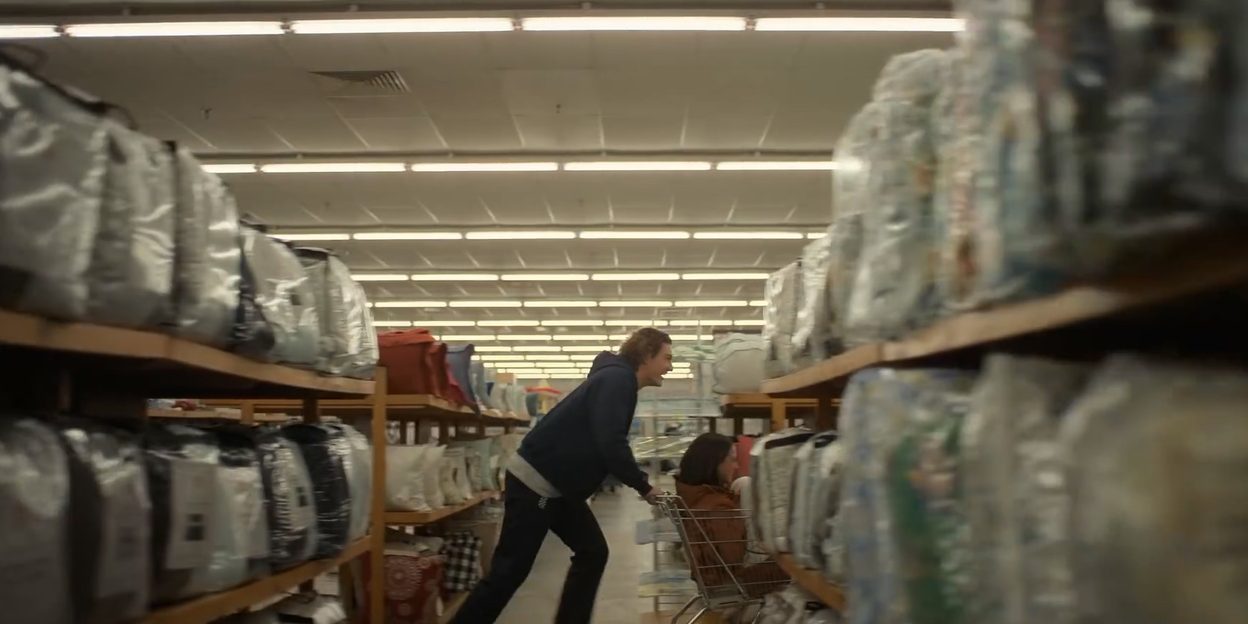 The crew ventured out from the town on several occasions. A few scenes were filmed in Wilmington, a port city around 12 miles north of Carolina Beach. The bustling city is famous for its dense history and hospitality, and the production team had a taste of the renowned Southern amicability. They also shot several scenes in the Wilmington outlet of Tomlinson Sales Company, a retailer located at 922 College Road in the city. Some scenes were also recorded along the stretch of Turn Lane, at 7635-7685 Carolina Beach Road. 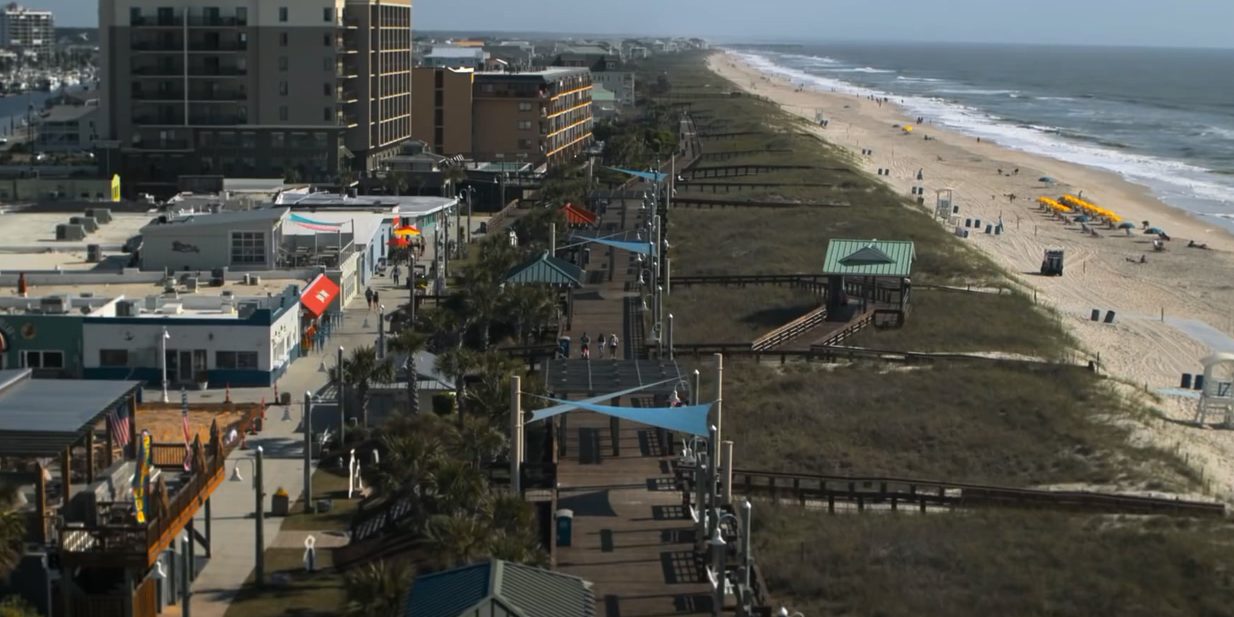 A few scenes were also filmed in the locality of Kure Beach, in New Hanover County, around 3 miles south of Carolina Beach. The sparsely populated settlement is part of the Wilmington Metropolitan Statistical Area and thus can be considered a suburb of Wilmington. While in the area, the unit got hold of Kure Dunes Tennis Courts, a tennis complex and park located at 121 Settlers Lane in Kure Beach. Moreover, the team also lensed some dramatic exterior shots of the Kure Beach Pier. At 100 Atlantic Avenue, the pier is one of the most coveted tourist attractions.

Occasionally, the crew members ventured further south to lens a few segments on Oak Island. The community is separated from the mainland by the Intracoastal Waterway. Due to its pier and breathtaking view of sunsets, the Brunswick County-based community is an ideal tourist getaway. Some nocturnal scenes were filmed around the Oak Island beach, while the local lighthouse is featured in a few scenes.