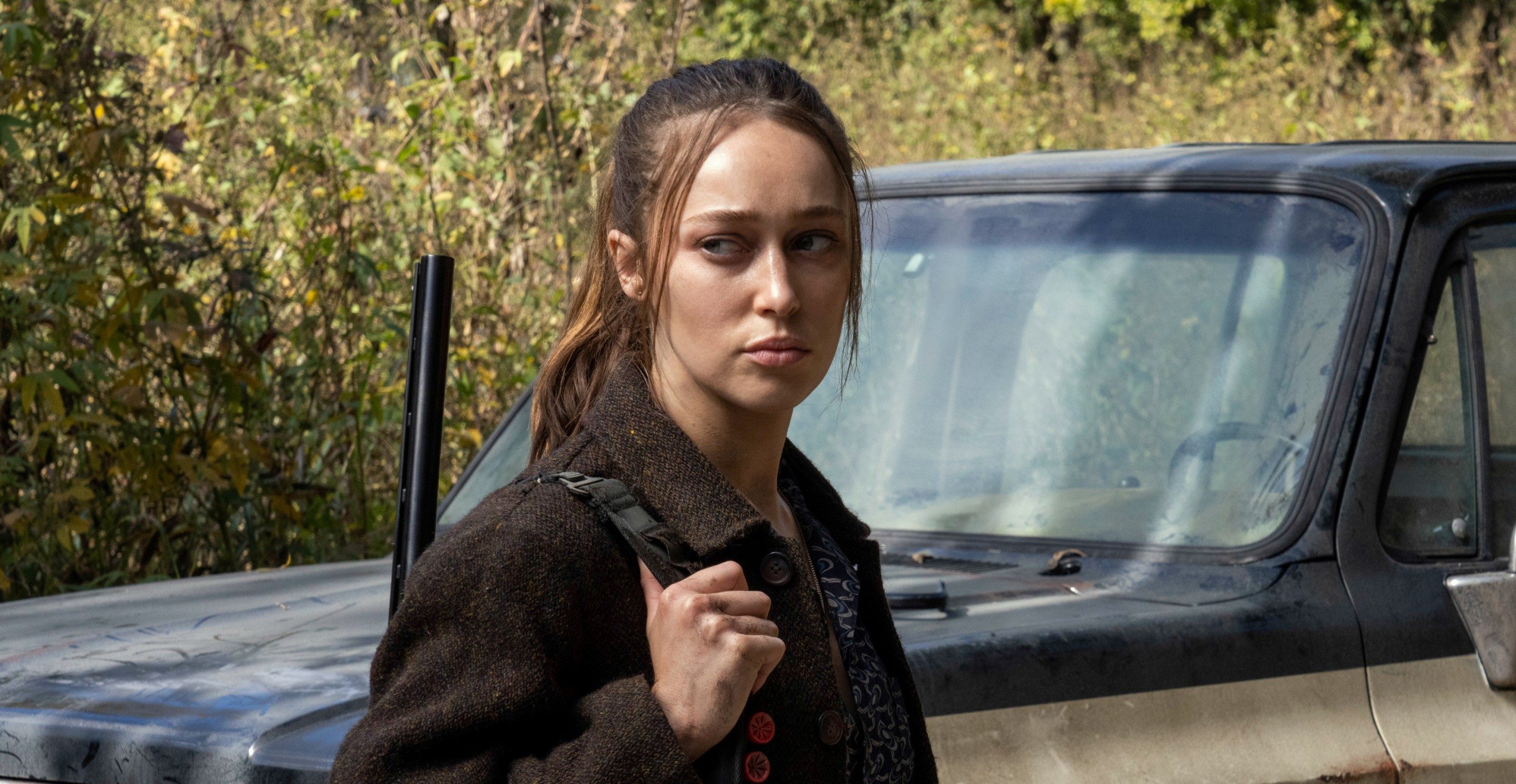 After the staggering season 6 finale, fans of ‘Fear the Walking Dead’ were eagerly awaiting the show’s return to know what lay ahead for Alicia Clark upon the nuclear blast. But disappointingly, Alicia couldn’t be spotted in any of the early episodes of season 7. With Alicia’s disappearance, doubts started to spread regarding Alycia Debnam-Carey’s commitment to the character and the post-apocalyptic show.

When Alicia’s absence became the norm of season 7, a stupefying turn of events in the seventh episode paves the way for Morgan to find her with a bewildering revelation. With her return, ardent admirers of the character are now worried whether these episodes are the swansong of Alycia Debnam-Carey’s time in the show. Let’s find out!

What Happened to Alicia Clark?

Towards the end of season 6, Teddy takes Alicia to the hidden bunker of an old resort hotel and locks her in. He tells her that she is the perfect person to look after and lead the survivors once the outside world becomes safe again for them to emerge. In the premiere episode of season 7, a young survivor named Will goes to Strand and tells him that he can lead him to Alicia. Both of them discover the bunker, but only to find it abandoned with a note for Will which reads “Padre.”

With no information regarding Alicia’s whereabouts, Strand and others continue their lives by fighting various challenges on their way. But in episode 7 of season 7, Morgan is taken to Alicia with the help of Dwight and Sherry. She reveals that she is the leader of The Stalkers and tells him that she needs something from Morgan, but before explaining what, they are attacked by a group of walkers.

In episode 8, it is revealed that Alicia was bitten by a walker and her hand is amputated because of it. She also reveals to Morgan that she couldn’t amputate it on time and the infection is still inside her body. Even though Alicia returns, fans have started to consider the infection as the warning sign of her potential exit. So, is Alycia Debnam-Carey exiting the horror show? Let’s find out!

The eighth episode of season 7 depicts what’s in store for Alicia. With the infection still in her body, she is fighting hard for her life, but she is also aware that it can be a battle she may lose. In a heart-rending scene, Alicia tells Morgan that she has tried everything medically possible but to no avail, and she isn’t sure of how much longer she can fight it without failing. With the walkers posing a major threat on one side and her own body carving her life on the other, Alicia is in a severe predicament.

However, there are no official statements or announcements from AMC or Alycia Debnam-Carey regarding the character’s exit yet. By the end of episode 8, we see Alicia waging war against Strand and proclaiming that she will conquer his abode, the Tower, to make up for the losses she is suffering because of his actions. Even though Strand tells her that he doesn’t want to do it, he fails to convince the fiery Alicia. With Morgan on her side, we can expect Alicia’s retaliation to pave the way for season 7 to progress.

Considering these factors, we believe that Alycia Debnam-Carey is likely to continue featuring in ‘Fear the Walking Dead.’ With that said, Alycia Debnam-Carey and her character’s future beyond the seventh season is uncertain. We can expect that Alicia will triumph over her infection and continue to be a pivotal part of the show in the future. With the door open either way, we may have to wait for season 7 to progress to settle our doubts.