Is Ambulance Based on a True Story?

‘Ambulance’ is an action thriller film directed by Michael Bay. It follows two adoptive siblings, Danny Sharp (Jake Gyllenhaal) and Will Sharp (Yahya Abdul-Mateen II), who execute a bank robbery for their personal reasons. However, after their escape plan goes awry, the duo hijacks an ambulance and takes two first responders hostage in their quest to reach safety.

The film takes viewers across the Los Angeles landscape as siblings Danny and Will face numerous challenges in their audacious scheme. Despite the high octane chase sequences and explosive action, the storyline is very emotional at its core. Therefore, viewers must be curious to learn whether the film draws inspiration from certain real events. In that case, here is everything you need to know! SPOILERS AHEAD.

Is Ambulance Based on a True Story?

No, ‘Ambulance’ is not based on a true story. The film is based on the eponymous 2005 Danish-language film written by Laurits Munch-Petersen and Lars Andreas Pedersen. An American adaptation of the film had been in development for numerous years. However, after some failed attempts to get the project off the ground, things took shape when director Michael Bay joined the project. During the Covid-19 pandemic, plans to shoot Bay’s next feature film had been canceled. Feeling frustrated with the lack of work, Bay called his agent as he wanted to take on a project that could be filmed quickly. 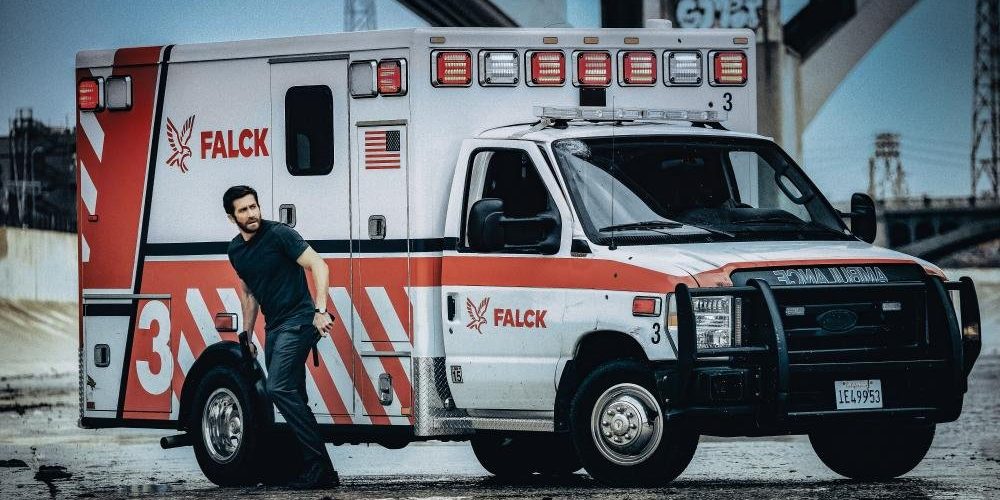 Although Bay had not seen the original film, his agent brought his attention to the English-language version of the script. After some tweaks, Bay decided to shoot the project. The narrative is not based on any real incident and is almost entirely fictional. Nevertheless, the director and co-producer tried to ground the story in reality through his filming process.

Bay revealed that real trauma surgeons, firefighters, SWAT teams, snipers, and over 50 LAPD officers were present on the film’s sets (or were consulted virtually) to provide authenticity to the narrative. In fact, the action and explosion sequences were shot using practical effects and with very little use of CGI to maintain the film’s aesthetic and rawness.

Speaking about the film’s concept, Bay stated that he was intrigued by the idea of seeing whether normal people can get away with a bank robbery. The same is represented in the film through the characters of Will and Danny, who are facing everyday issues. Moreover, actor Jake Gyllenhaal noted that a majority of the movie’s emotional aspects are drawn from its keen focus on the relationships between characters. Furthermore, the film highlights the day-to-day lives of first responders and realistically portrays them on the screen. Thus, the characters become more relatable, and the audience is able to connect with them emotionally.

Ultimately, ‘Ambulance’ is a fictional story that shares many similarities with the tropes seen in action and heist movies. However, these elements are presented in a realistic manner and through believable performances of the cast. Moreover, the interpersonal relationships between the characters also have a semblance to reality, making the narrative emotionally resonant for the viewers.

Read More: Where Was Ambulance Filmed?