Where Was Ambulance Filmed?

With prolific action film director Michael Bay in the driving seat, ‘Ambulance’ is an action thriller movie full of gunfights and explosions. Based on the 2005 Danish movie of the same name by Laurits Munch-Petersen, the story follows two robbers — adoptive brothers Danny and Will — who attempt to pull off an unprecedented $32 million bank heist. However, when the heist goes haywire, they are compelled to hijack an ambulance while the city’s law enforcement follows the emergency vehicle like buzzing bees.

The result is an adrenaline-filled cat-and-mouse chase sprinkled with mind-boggling shots. The events in the movie unfold in the city of Los Angeles. Now, you must be wondering whether the movie was filmed on location or elsewhere. In that case, let us enlighten you!

‘Ambulance’ was filmed in its entirety in and around the US, especially in California. Principal photography commenced on January 11, 2021, and continued for 38 days, wrapping up on March 18 of the same year. The production process was hectic, as the director and his crew filmed 90 to 120 shots daily (compared to the usual 20 to 30 shots) in their tight schedule. However, the fast pace of the work mirrored the tense energy of the film.

Roberto De Angelis handled the cinematography for the movie. At the same time, Karen Frick, the set decorator of ‘The Lost City‘ and ‘A Nightmare on Elm Street (2010),’ came on board as the production designer. Since they were filming amidst the COVID-19 pandemic, the crew had to take utmost health and safety measures. Let us now take you to the specific locations where ‘Ambulance’ was shot! 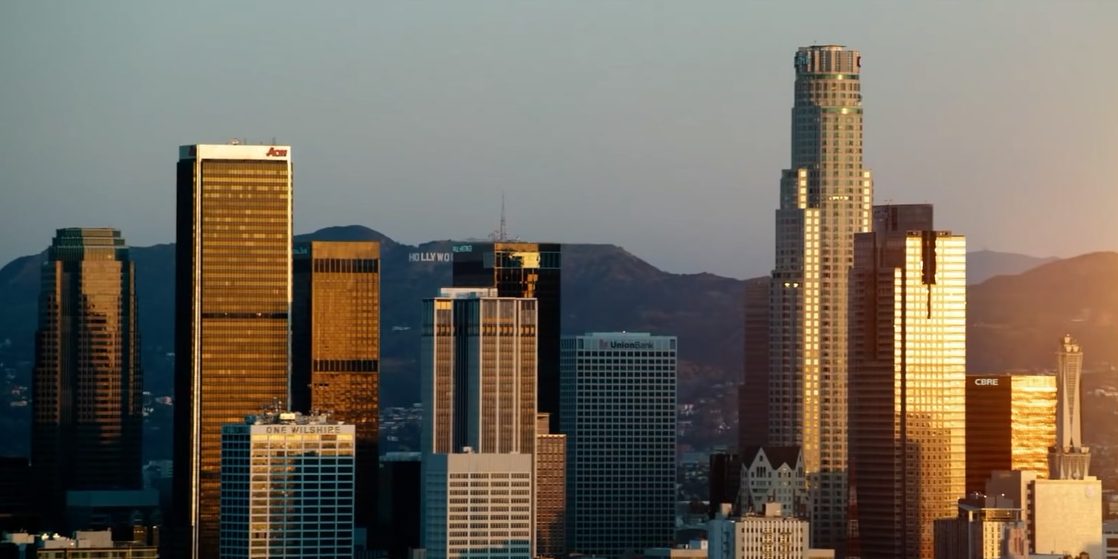 Almost all of the movie was filmed in and around the City of Angels, a sprawling metropolis in Southern California and a central movie production hub globally. The drone shots seen in the film are enticing, as they capture the contemporary cityscape in its panoramic glory. The shots showcase several iconic landmarks of Los Angeles, including the Los Angeles River. In one scene, the ambulance goes through a viaduct as helicopters keep chasing the vehicle; it was lensed near the North Broadway Bridge (originally named the Buena Vista Viaduct).

Constructed between 1910 and 1933, the North Broadway Bridge was the first major Beaux-Arts bridge constructed by the city authority and one of the several historic bridges over the Los Angeles River. The bridge has been permanently closed off. Some exterior sequences were also filmed outside the Los Angeles Times Building (other names are Times Mirror Square or Kaufmann Building, after architect Gordon B. Kaufmann). Situated at 202 West 1st Street, the iconic complex of buildings served as the home of the Los Angeles Times till 2018. 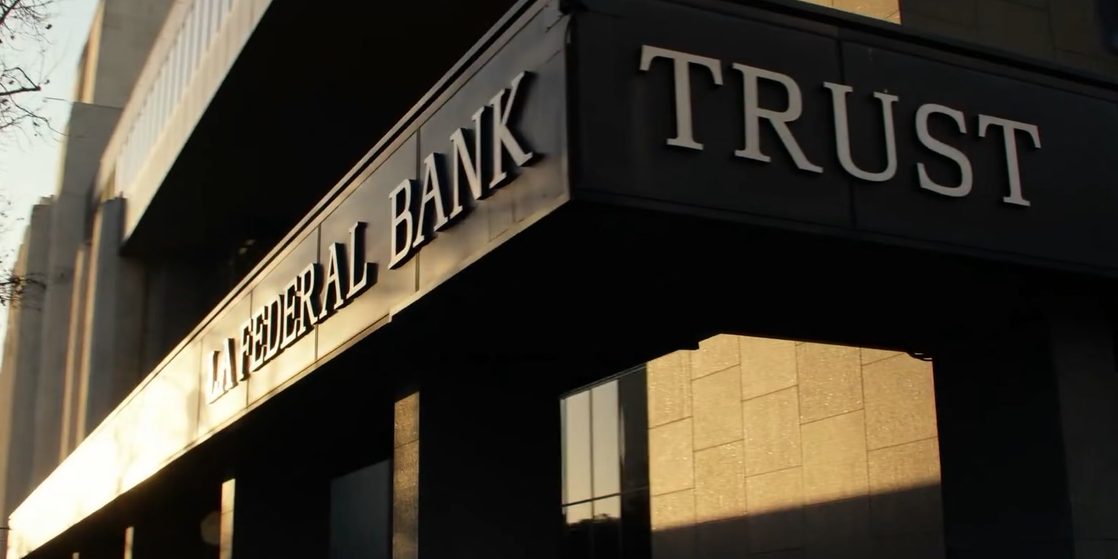 The aerial shots feature the Los Angeles Convention Center, a convention center located at 1201 South Figueroa Street in Downtown LA. Besides housing several national and international conferences each year, the location is also a popular filming destination and appears in movies such as ‘The Net‘ and ‘Interstellar.’

Several shots also depict the Los Angeles Fashion District (formerly Garment District), a bustling sub-neighborhood of Downtown LA. The sequence featuring Cam Thompson and EMT Scott was captured in the Grand Central Market, a central emporium in the city located at 317 South Broadway. Apart from these scenes, most of the movie was naturally filmed on the streets of LA. 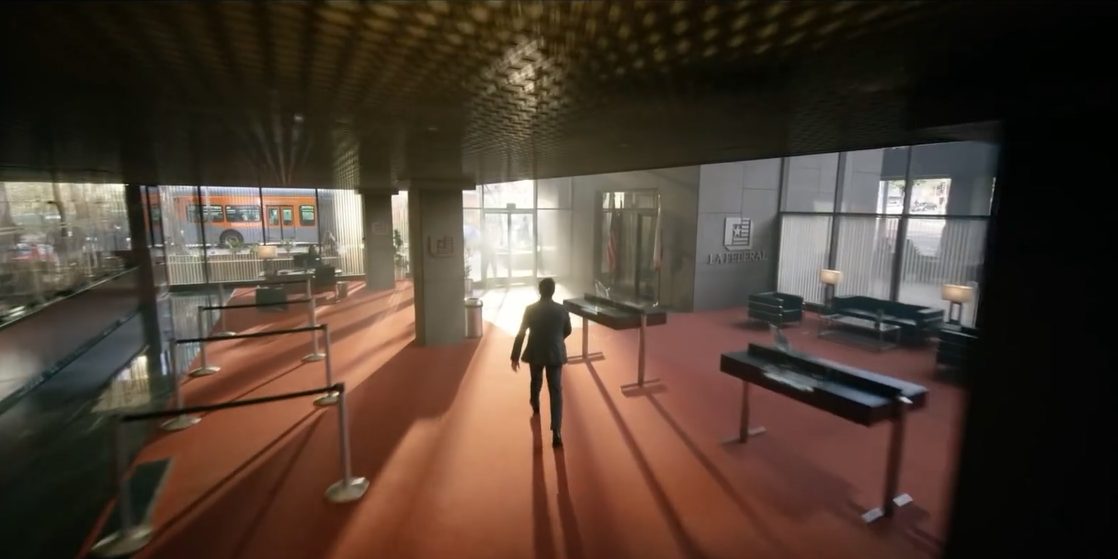 Supervising location manager Rob Gibson used his connections in FilmLA to obtain driving and filming permits for several streets and freeway corridors in the city. Moreover, to achieve the epic ambiance of the movie, the production team employed real-life firefighters, snipers, SWAT teams, and trauma surgeons for the shoot. More than 50 officers of the Los Angeles Police Department came on board to serve as extras. 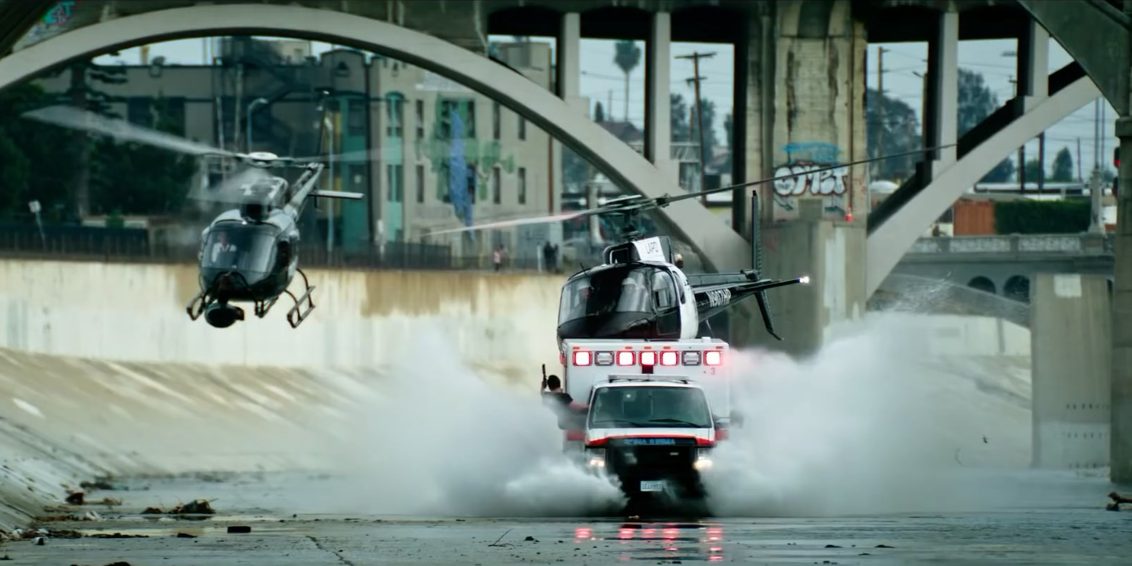 The crew borrowed six ambulances from Nordic-based organization Falck, with three being used to film the interior scenes. One was mobile with the crew filming inside, while another was mounted on a soundstage. There was another ambulance, which could be taken apart if necessary. The chase sequence was not initially scripted, but Michael Bay inserted it when he got the opportunity to use two helicopters. The studio work seemingly took place in Universal Studios Hollywood, a major film studio located at 100 Universal City Plaza in the San Fernando Valley area of Los Angeles County.