Where Was The Lost City Filmed? 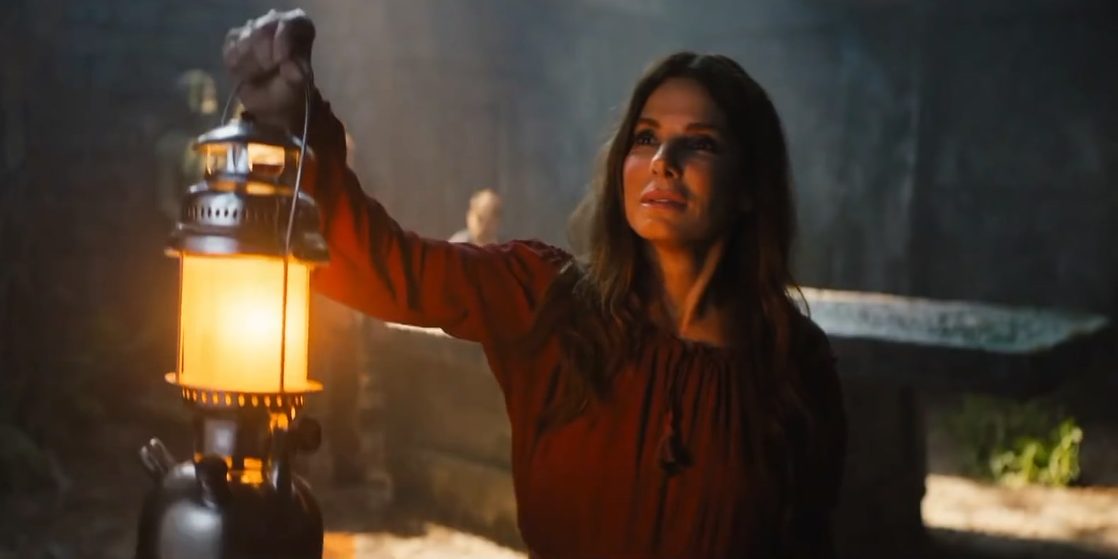 Directed by dynamic duo Aaron and Adam Nee, ‘The Lost City’ is a blast of an adventure-comedy movie. It revolves around Loretta Sage, a bestselling writer of romantic adventure novels, whose new entry “The Lost City of D” turns a lot of eyeballs. An eccentric billionaire and Loretta’s ardent reader Abigail Fairfax thinks the lost city exists. The next thing we know, Loretta is lost in the jungles, picking ticks from the back of her rescuer, Alan Caprison, who happens to be the model behind Loretta’s fictional hero.

With Sandra Bullock, Channing Tatum, Daniel Radcliffe, and a cameo appearance from Brad Pitt, the movie creates a concoction highly pleasing to genre fans. Most of the film unravels in and around jungles and beaches, while Loretta’s jumpsuit creates a bit of a problem. We don’t know about the lost city, but if you seek to discover the places where the movie was filmed, let us help you out.

‘The Lost City’ was filmed in its entirety in the island nation of the Dominican Republic. As per reports, filming commenced in May 2021, lasting through August 16, 2021. The Dominican Republic – the second-largest island nation in the Antilles by area – showcases a vast repository of cultural heritage. In 1988, Agliberto Melendez made the first completely homegrown feature-length movie, ‘A One Way Ticket’ (‘Un Pasaje de Ida’). As a filming location, Dominican Republic has been one of the most fertile grounds, especially for Hollywood productions.

That’s a wrap on #LostCityOfD. I love this movie so much I don’t have words. I also don’t have words for how special Sandy Bullock is. We definitely were made in the same lab & share a brain at times. I ❤️ U girl. As U can see I’ll ride your coattails anywhere anytime forever. 🤣 pic.twitter.com/yAXAf5D4x6

From ‘The Godfather’ trilogy to the ‘Pirates of the Caribbean’ franchise movies, the country has been home to a slew of productions. There are several reasons for it being a popular choice among filmmakers and producers. Firstly, the culture is mainly Europe-oriented, owing to its colonial past. The island also features a dramatic landscape, complete with jungles, rivers, a bit of hill, and the seas. Moreover, the productions get a 25% transferable tax credit on qualified spending. It is more than budget-friendly due to the jaw-dropping currency transfer rate. Let us now take you to the specific locations where the movie was shot. 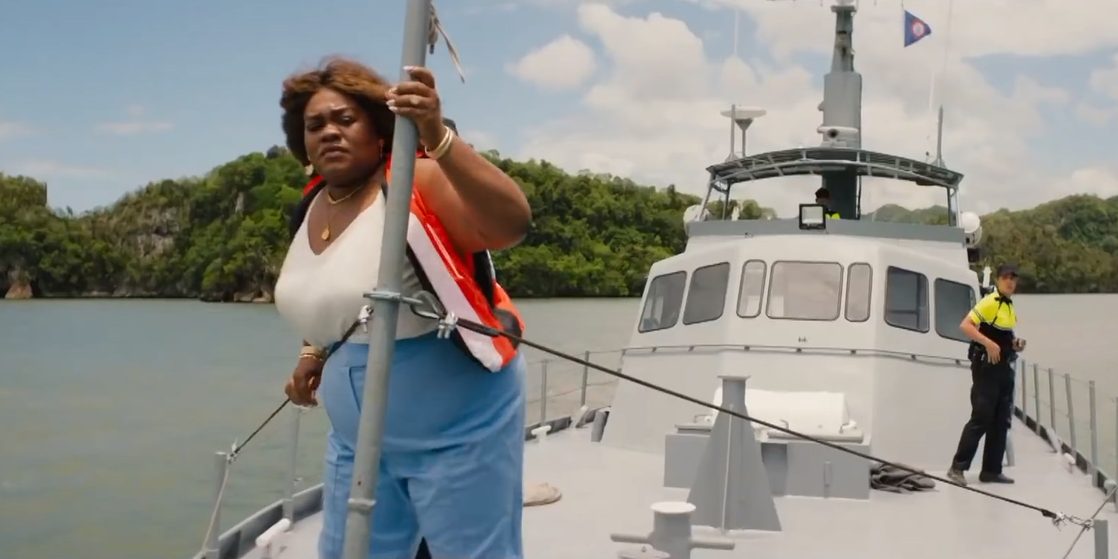 Most of the filming took place in and around Samaná, a famous touristy township and the capital of the eponymous province. The original township is situated in the plains, but settlements have now encroached upon the hills. The mountain range that runs through the region Sierra de Samaná has no peaks, but its slopes are pretty steep. Especially if you are into whale watching, you should head to this place. The cast and crew surely enjoyed working together in some gorgeous locations.

In addition, some filming took place in and around Santo Domingo, the capital of the Dominican Republic and one of the oldest cities in the region. The crew possibly filmed on locations in and around the capital, which is in proximity to Samaná. The Zona Colonial district, characterized by its opulent cobblestone buildings, includes structures dating back to the 1500s. 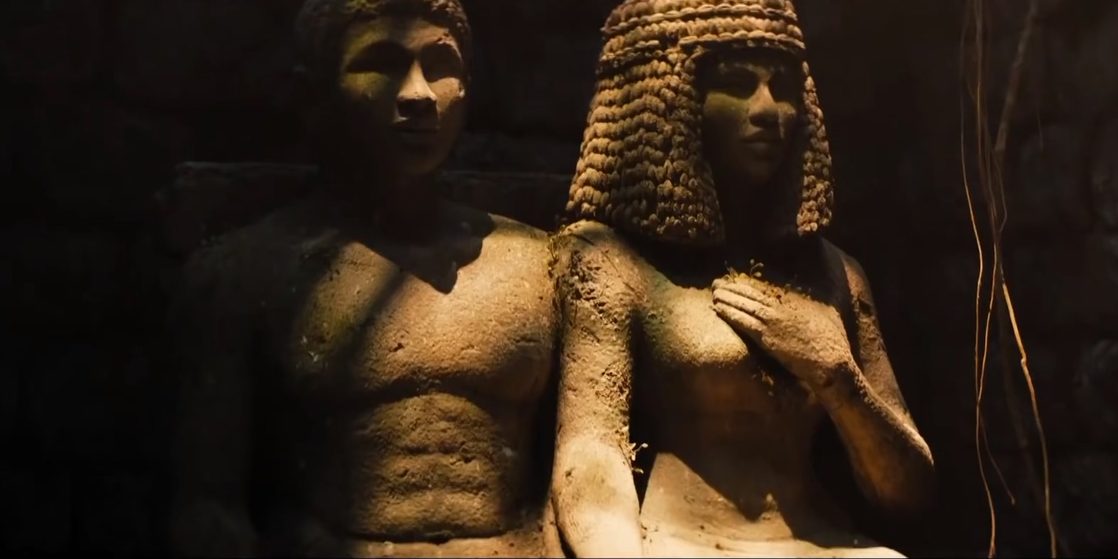 The bulk of the interior shots – possibly including the one where Loretta Sage meets Abigail Fairfax – were lensed in Pinewood Dominican Republic Studios in Juan Dolio. Situated about 20 minutes from Santo Domingo International airport, the studio facility is a branch of the London-based Pinewood Studios Group. It is located on Autovía del Este, Playa Juan Dolio, in the province of San Pedro de Macorís. The 43-acre expansive studio features the most advanced underwater filming facilities in the Caribbean.

Other Locations in the Dominican Republic 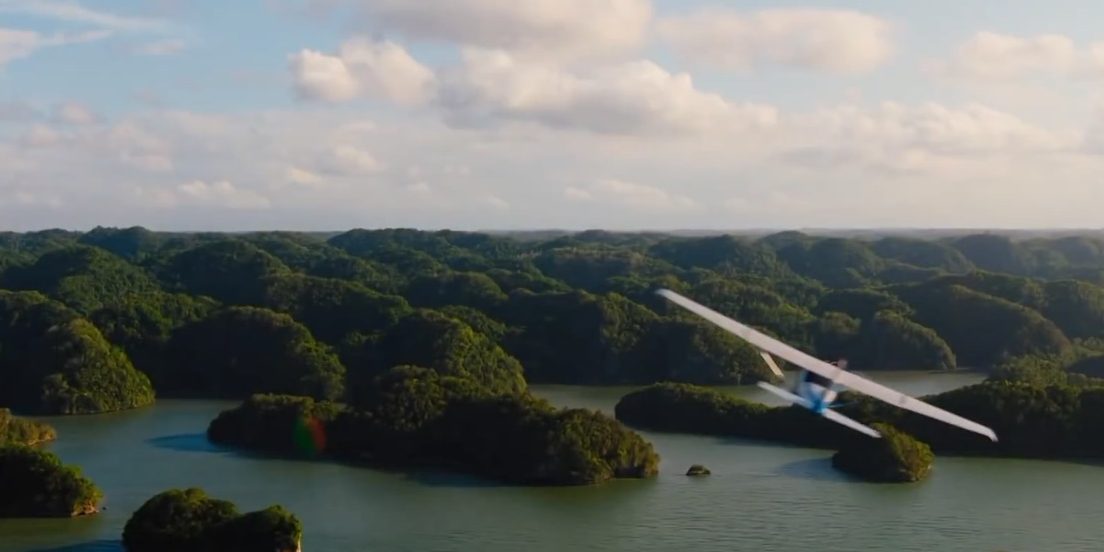 Filming also took place in and around the south-eastern resort community of Casa de Campo in the municipality of La Romana. The crew got hold of Casa de Campo, a five-star resort on Higuey Highway, along the coast of La Romana. The area features Ponderosa-style houses that lie across 28 square kilometers in the tropical retreat. In 1975, industrialist Charles Bluhdorn established it as a leisurely retreat on the land which belonged to Gulf+Western’s sugar mill. Moreover, sources have revealed that a few sequences were lensed in the eastern province of Monte Plata.