Is Archive 81 Based on a True Story? 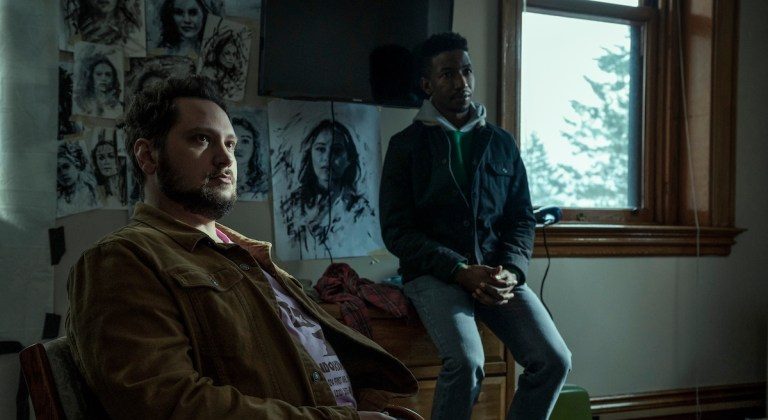 ‘Archive 81’ follows Dan Turner, an archivist hired to restore a collection of tapes retrieved from a building that was destroyed in a fire years ago. As the unsettling horror series progresses, Dan begins to closely follow the tapes and the person who shot them, Melody Pendras. The deeper the archivist delves into the tapes, the more ominous things get. Mysterious incidents, strange past connections, and some truly intriguing characters that are slow to divulge their secrets make for some very involved viewing. There is also a dark undertone of the occult in the narrative. Could ‘Archive 81’ be inspired by true events? Let’s find out!

Is Archive 81 Based on a True Story?

No, ‘Archive 81’ is not based on a true story. The mystery horror series is inspired by the found footage podcast of the same name created by Marc Sollinger and Daniel Powell. The two are also co-producers on the series, along with showrunner Rebecca Sonnenshine. Paul Harris Boardman has developed the original script. The show’s ominous tone is also well-curated, with ‘Stranger Things‘ director Rebecca Thomas stepping in to direct four episodes of the opening season, including the pilot.

According to Sonnenshine, ‘Archive 81’ puts a new twist on the supernatural horror genre while keeping a dark and emotional romance at its core. The show builds intricate narratives across multiple storylines and then begins to connect them with some truly unexpected supernatural occurrences. However, the gritty urban setting and the slow buildup of tension make the show sufficiently realistic and unsettling. Seeing the central characters also start from seemingly normal lives and slowly get pulled into the occult as the story progresses also gives the audience a feeling of going down the rabbit hole with the characters.

The source podcast by Sollinger and Powell, which has several seasons, inspires a lot of the show’s ethereal feel. The two podcasters, who became friends at Syracuse University while working on an audio series called ‘Transmission,’ cover a lot of shared territories when it comes to their taste in horror. In an interview, they revealed their love for weird fiction and unconventional horror films like ‘It Follows.’ Sollinger claimed to be influenced by authors like Laird Barron and Jeff VanderMeer. His love of cosmic horror, which is also evident in the ‘Archive 81’ podcast and subsequent show, is influenced by H. P. Lovecraft.

In addition, Powell mentioned being highly inspired by Kafka-esque themes and his time working at a sound effects library, where he spent long periods listening to and approving strange sounds before they went live on a website. Sollinger also explained that the ‘Archive 81’ podcast draws from subtle aspects of life like the loneliness of big cities, how urban areas change over time, and our inherent interest in “stories about stories.”

Thus, ‘Archive 81,’ like the podcast it is based on, is completely fictional. Even the monolithic Visser building, which plays a prominent role in the narrative, is fictional. Taking inspiration from writers of weird fiction and cosmic horror, Sollinger and Powell have created an ominous and layered world that has been translated to screen from the original podcast. Though there are aspects of the show that make it seem realistic — and most of its horror is meant to be unsettling (as opposed to less believable “jump scares”) — ‘Archive 81’ is not based on a true story, and maybe that’s a good thing.