Is Arielle Vandenberg Dating or Married? Who is Her Fiancé? 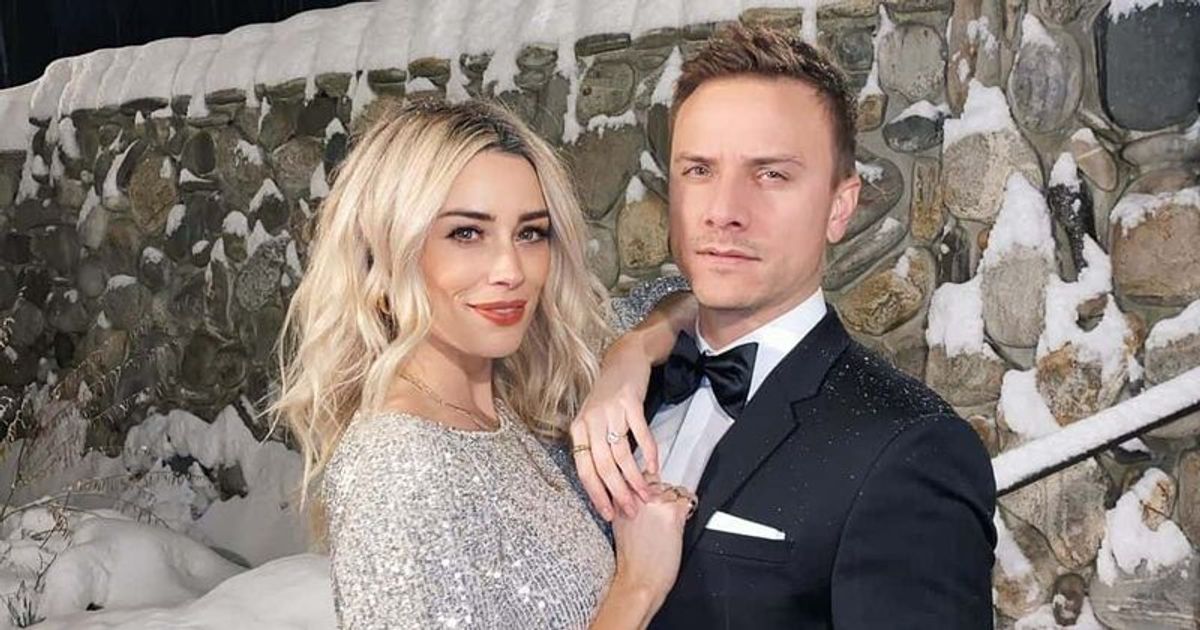 Arielle Vandenberg is a well-known actress, model, television and podcast host as well as a content creator. From a promising online creator to a host of the popular dating reality show ‘Love Island USA,’ she has had tremendous career growth. Beginning her career on TV in 2006, Arielle got her major television breakthrough quite early in 2007 with her performance as Lisa Lawson in the TV show ‘Greek’ as well as her portrayal of London in ‘Meet the Browns.’ She also has shows and movies like ‘CSI: Miami,’ ‘How I Met Your Mother’, ‘Bones,’ ‘Numbers,’ ‘The Ugly Truth‘ and ‘Epic Movie’ to her credit.

Arielle also has various modeling and commercial jobs for brands such as Coca-Cola Zero and Mercedes-Benz in her kitty. Another one of her most successful career ventures includes her hilarious skits and other short videos on the former social media app Vine. From 2013 till when it got shut down in 2017, Arielle garnered a huge fan base through her comedic videos on Vine. She continues to post such content on her Instagram to entertain her massive 1.4 million followers. Arielle is also the founder of her organic, vegan, and cruelty-free line of lip balm and other skincare products, Rel Beauty.

Additionally, Arielle hosted a podcast in 2019 called ‘The Only Child Podcast’ and has a YouTube channel in her name where she occasionally posts her skits and vlogs. 2019 also became significant when she bagged the opportunity to serve as the host of ‘Love Island USA,’ which she went on to execute for the first three seasons. With a growing number of fans, Arielle’s dating life must now also be an interesting subject, and we’ve covered for you just that!

As the only child of Dirk and DeEtte Vandenberg, Arielle grew up in a very chilled and loving home in Los Angeles County, California. She has an immensely close relationship with her parents and has on numerous occasions thanked them for their neverending love and support. Both Arielle and her father share a great taste and interest in music which also seems to be the source of her musical voice and talent, while it appears that she got her crazy and funny bones from her mother.

Interestingly, Arielle’s parents share the same birth date — November 1. Talking about her love for them, she wished them on their birthday, writing, “I love them so much it’s crazy. I want to thank them from the bottom of my heart for being such cool, loving, funny, crazy awesome parents!” She is also incredibly fond of her late grandparents and considers having grown up surrounded by their love a blessing. “You guys will always and forever be two of my favorite people I’ve ever met in my life,” she wrote about them. Apart from these crucial people, does Arielle have a special love in her life? Let’s find out!

Before we get to talking about Arielle Vandenberg’s current dating life, it is important to mention her previous relationships. If reports are to be believed, the actor dated ‘Malcolm in the Middle’ actor and disc jockey Christopher Kennedy Masterson for about a year, from 2008 to 2009. In the same year, she was reportedly linked to Maroon 5 singer Adam Levine for a few months until 2010.

It has been reported that Arielle was seeing former professional snowboarder Shaun White for a while in 2011. Interestingly, Arielle also got together with Alex Turner, English musician and principal songwriter of Arctic Monkey, in 2011; the pair reportedly parted ways in 2014, after three years of dating. The actor then went on to date ‘BoJack Horseman’ star Will Arnett. The two made their red carpet debut in January 2015 and went on to date for about six months before reportedly splitting up in June of the same year.

Yes, Arielle does have a special someone in her life — her long-time boyfriend and former Vine partner, Matt Cutshall. After dating for several years, the two put a ring on their relationship in September 2019. Announcing their engagement to their followers, Matt wrote, “It’s been quite the journey with you my sweetheart and I wouldn’t have it any other way.” Matt is a social media comedian and musician who began collaborating with Arielle on comedic skits for Vine. They shared such a great bond and became best friends so quickly that rumors began to emerge about a probable romance.

Although the two did not comment anything on it in the beginning, Arielle and Matt finally confirmed their relationship on social media in 2017. Since then, the couple has moved from strength to strength, collaborating on many professional ventures such as creating skits, music, vlogs, and hosting podcasts, including the informal comedic podcast titled ‘Riled Up with Arielle & Matt.’

The two also share similar spiritual beliefs, and Arielle, a believer herself, also mentions how they both pray together and support each other’s dreams. When asked about their ideal date night, Arielle said in an interview that they love to relax and watch their favorite shows and movies. Since they don’t really get much downtime owing to their busy schedules, Arielle said that their idea of a perfect date is to spend some quality time with each other, away from all the attention.

As far as the wedding bells are concerned, Arielle and Matt have been planning their wedding for quite some time. Unfortunately, it all got delayed due to the COVID-19 pandemic, but things have slowly begun to look up. In a 2021 interview with Pop Culture, Arielle spilled the beans on how filming in Hawaii for season 3 of ‘Love Island’ has made her excited about having a beachside wedding. “I honestly got here [to Hawaii], and I was like, should we get married after we wrap? Just pop over to Maui, get married, send a couple of friends out,” she said.

Vandenberg further added, “I definitely want [our wedding] to feel the way I feel here, which is so relaxed and so beautiful. Having the ocean next to you while you’re getting married — I feel […] it’s calming, it’s healing, it’s all the things. I feel like it’s definitely going to be an ocean location.” They frequently share their love for each other on social media, showcasing their extraordinary bond and believing to be each other’s soulmates. As the happy couple plans to get married soon, we wish them a lifetime of love and happiness and hope to see more of their love in the future.

Read More: Are Kyra and Cashel From Love Island USA Still Together?