Is Awkwafina Is Nora From Queens a True Story?

‘Awkwafina Is Nora From Queens’ is a comedy series that follows Nora, a young woman living in New York with her grandmother and father who is trying to achieve her dreams. It is created by Awkwafina & Teresa Hsiao, with Awkwafina starring in the titular role. The series has received a positive reception from critics and fans who have praised its feel-good qualities, humor, and realism. However, the show’s viewers commonly wonder whether the show is inspired by a true story, the life of its lead star in particular. If you are curious to find out the same, here’s everything you need to know!

Is Awkwafina Is Nora From Queens Based on a True Story?

‘Awkwafina Is Nora From Queens’ is partially based on a true story. The series is loosely inspired by the early life of actress, rapper, and comedian Awkwafina. Moviegoers will recognize the actress from her performances in films such as ‘Crazy Rich Asians‘ and ‘Jumanji: The Next Level.’ Before branching into acting, Awkwafina rose to fame as a rapper with the release of her single titled “My Vag” in 2012.

Even before that, Awkwafina was known more commonly by her birth name Nora Lum and worked odd jobs while striving hard to achieve her dreams and aspirations in life. The series is based on these pre-fame days of the multi-talented star. Like her fictional counterpart, Awkwafina is also half-Korean and half-Chinese. She grew up in Queens in a multigenerational home with her grandmother and father. Awkwafina’s tight bond with her grandmother, as well as her experiences living in New York, helped shape the show’s worldview.

However, the series is not a note-to-note adaptation of Awkwafina’s life and features a number of changes. For example, in her 20s, Nora still lives with her family. In reality, Awkwafina was living on her own after her college days. Similarly, by the age of 27, Awkwafina was already on her way to stardom with a gig as the host of MTV’s ‘Girl Code’ and had released her debut album titled ‘Yellow Ranger’ in 2014. In comparison, the fictional Nora is still struggling to find her break in her 20s.

Nonetheless, both Awkwafina and her fictional counterpart share a number of traits that make Nora as likable as the actress. Although the show wasn’t originally conceived to be so closely tied to Awkwafina’s real life, eventually, her experiences became a driving force behind it. The actress spoke about how her experiences factor into the show’s narrative in an interview with USA Today.

“The biggest change was how much more grounded in reality and my experiences the show became. I really did focus groups for money; I really did work in a shady real estate agency. I felt that the best way to tell a story without making it seem like it’s trying too hard, especially with comedy, was to just tell it the way it happened,” she said. 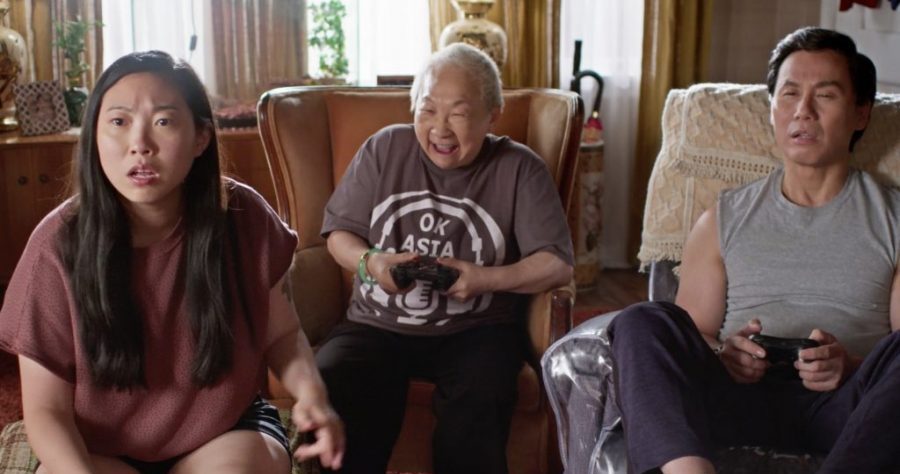 Ultimately, ‘Awkwafina Is Nora From Queens’ can be seen as a semi-autobiographical version of Awkwafina’s life. The show gives us a believable and intimate look into the actress’ early life by fictionalizing real events. Nora’s struggles are relatable for anyone in their 20s and add another layer of realism to the narrative.