7 Best Movies Like ‘Jumanji: The Next Level’ You Must See 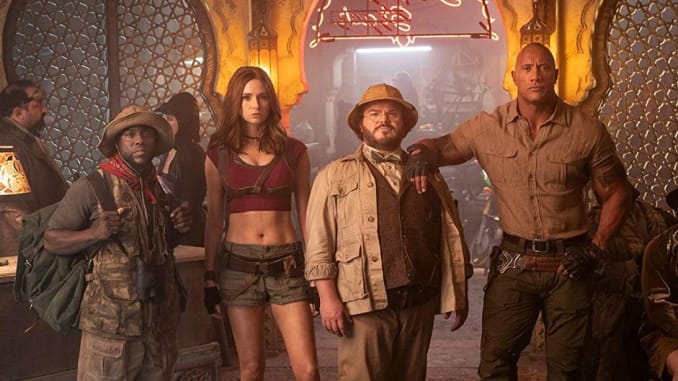 ‘Jumanji’ is one of those classics that most of us remember watching as kids. I remember rewatching it multiple times using a 2-in-1 DVD which had ‘Zathura: A Space Adventure,’ a movie set in the fictional world of ‘Jumanji’, included in it. Subsequently, ‘Jumanji’ has become an entire franchise after the reboot starring Dwayne Johnson, ‘Jumanji: Welcome to the Jungle.’ The latest addition to the franchise is ‘Jumanji: The Next Level‘, in which the gang is back but the game has changed. As they return to rescue one of their own, the players will have to brave parts unknown from arid deserts to snowy mountains, to escape the world’s most dangerous game.

If you like ‘Jumanji: The Next Level’, you cannot miss the following 7 adventure movies listed below. Many of them are available on Netflix, Hulu, or Amazon Prime. 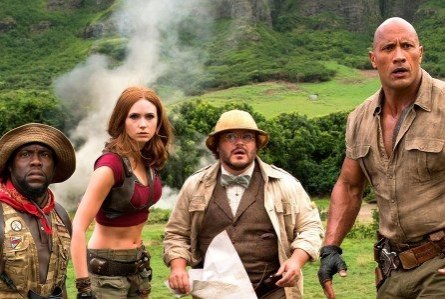 There is hardly a better choice than watching the movie that rebooted the franchise. Set after the events of the original ‘Jumanji,’ the 2017 movie sees the board game getting transformed into a video game cartridge. However, unlike the game summoning magical beings into reality, the new video game transports the players into a virtual, forest world. Each player is also converted to the character that they choose and have to play with that character’s physical body in the virtual game. It stars Dwayne Johnson, Jack Back, Karen Gillan and Kevin Hart in leading roles.

‘The Chronicles of Narnia’ series is yet another successful movie franchise that has been adapted from a series of books. It revolves around four children who are sent for safekeeping to an old professor’s house during the Second World War. There, one of them discovers a wardrobe that is a portal to a fantastical world and the four of them decide to explore it.

However, when one of the kids gets abducted by an evil queen, the rest are forced to defy death and rescue him. The movie was praised for its faithfulness to the source material, compelling narrative and gorgeous special effects.

The Ben Stiller movie, ‘Night at the Museum’, which was released in 2006, is a fantasy comedy that also features fictional creatures and living beings being summoned to the real world from magical places.

It follows a divorced father who works as a night watchman at a museum of natural history. There, he discovers that the museum’s exhibits come to life at night. Hilarious and imaginative, the film fared extremely well at the box office and led to two commercially successful sequels as well. 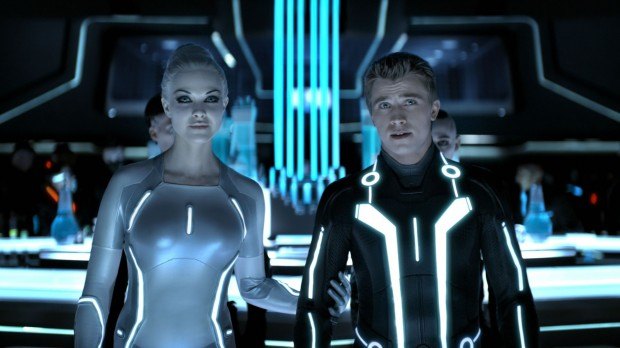 Disney’s 2010 science fiction movie, ‘Tron: Legacy’ is a sequel to 1982’s ‘Tron’ and boasts of some impressive and stunning visuals. The film sees Jeff Bridges reprise the character of Kevin Flynn from the first film. Set twenty years after the events in the first movie, ‘Tron: Legacy’ follows the disappearance of Flynn and his son, Sam’s, attempts to find him.

Sam enters the virtual reality game that his father had designed and finds out that it has become more dangerous than Flynn wanted it to be. Although the movie’s story and character development were heavily criticized, it received favorable reviews for its epic visuals. 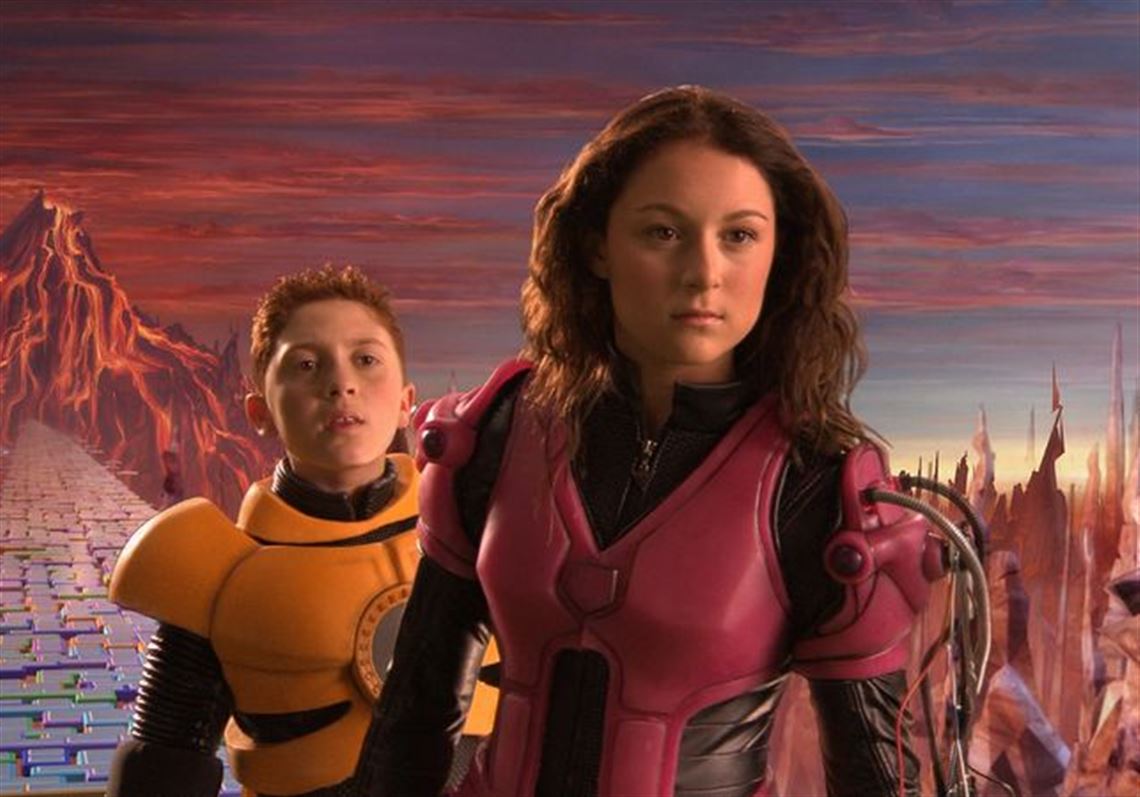 ‘Spy Kids’ is another franchise that many of us probably remember from our childhood. The series follows a Latin-American family of spies whose children get embroiled in their parents’ risky operations. The movies revolve around the siblings, Juni and Carmen.

‘Spy Kids 3-D: Game Over,’ the series’ third installment, picks up when Carmen gets stuck in a virtual reality game designed by the kids’ nemesis, the Toymaker. Juni has to save his sister from the game and also, the world from the Toymaker’s evil intentions. 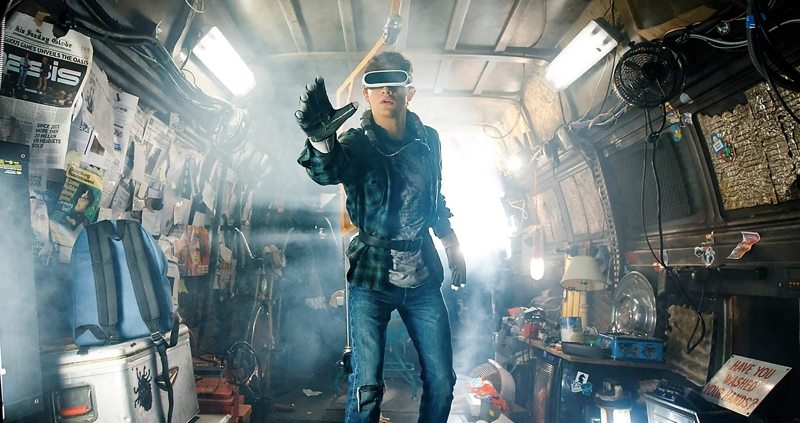 ‘Ready Player One’ is a science fiction adventure movie based on Ernest Cline’s novel of the same name. Directed by Steven Spielberg, the movie’s box-office collection of over $582 million meant that the film was another commercial success for the filmmaker.

It is set in a fictional near-future where most of the population uses a virtual reality software as an escape from the real world. When the software’s creator posthumously promises full ownership of the virtual reality program to whoever wins a hidden game, an orphaned teenager teams up with several others to do so before a large, evil corporation can. The movie shares the theme of a reality-altering game with ‘Jumanji’ and has a similar, feel-good tone.

This 2005 science fiction movie directed by Jon Favreau is an adaptation of a book by the author of ‘Jumanji.’ Although it contains no direct links to the 1995 film, ‘Zathura’ was marketed as a movie taking place in the same, fictional universe. It follows two brothers who find a mysterious game in their basement. When they start to play it, they get transported to outer space and are forced to complete the game in order to get back home.

They find an astronaut who trains and assists them to complete the game. As one can notice, the movie has several striking similarities to ‘Jumanji.’ The basic premise of a fantastical board game is practically the same while the outer space plot is a neat twist to the tale.