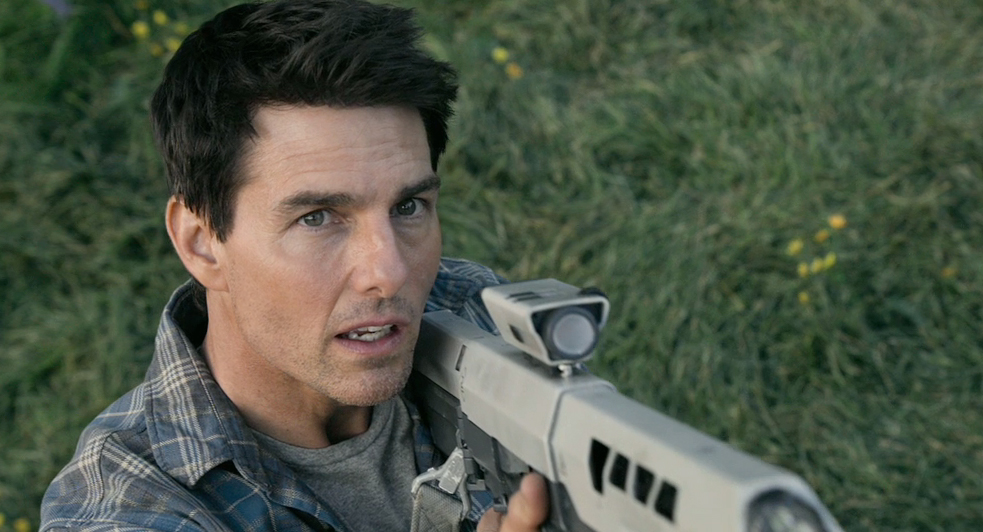 Released back in 2013, this post-apocalyptic science fiction film ‘Oblivion’ starring Tom Cruise is a visually striking film for all those people who love watching good visual effects. Set in 2077, Cruise plays Jack Harper, one of the remaining drone repairmen on the evacuated planet Earth whose job is to extract vital resources from a depleted Earth after a war with the alien invader scavengers called “Scavs” which lasted for about 60 years. After discovering a crashed spacecraft whose contents force him to question his pre-conceived notions he had about the war and also he is being plagued with unexplained visions and flashbacks in his mind about a woman who he rescues from the downed spacecraft. Her existence triggers a chain of events which leads him to making a startling discovery about a secret kept well hidden as a result of which fate of the humanity now rests on his shoulders.

Right from the start, this film doesn’t disappoint. With an ambient soundtrack which matches the pacing of the film, some fast action sequences followed by some excellent acting from Tom Cruise, this movie never bores you for a single minute. This movie ticks all the right boxes when it comes to production design, sound effects etc. Now while the film does have its weak points with its loosely written story with twists and turns which are quite predictable, overall this film should intrigue any sci-fi lover. Now there are some other movies out there with themes which are quite similar to that of Oblivion. Most of them are sci-fi films with themes like post-apocalyptic worlds, futuristic worlds with storylines whose tone and genre will appeal those who liked watching Oblivion. Here’s the list of movies similar to Oblivion that are our recommendations. If you are interested, you might be able to stream some of these movies like Oblivion on Netflix or Amazon Prime or even Hulu. 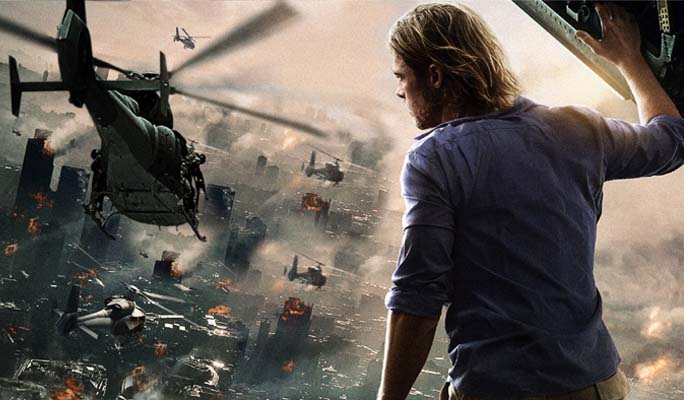 If you want to see a good zombie-apocalypse film, this one is for you. Adapted on the basis of the novel of the same name by Max Brooks, Brad Pitt plays a former UN employee who travels half way across the world, in a race against time to find to stop a zombie pandemic from threatening to decimate the entire humanity. Mind you, this is not your traditional zombie movie as it’s violent, visceral and shocking. While the movie is nothing like the book, but it compensates for its moments of great camerawork, real feel of the impending doom and the sheer terror which will keep you at the edge of the seat for its entire run time. 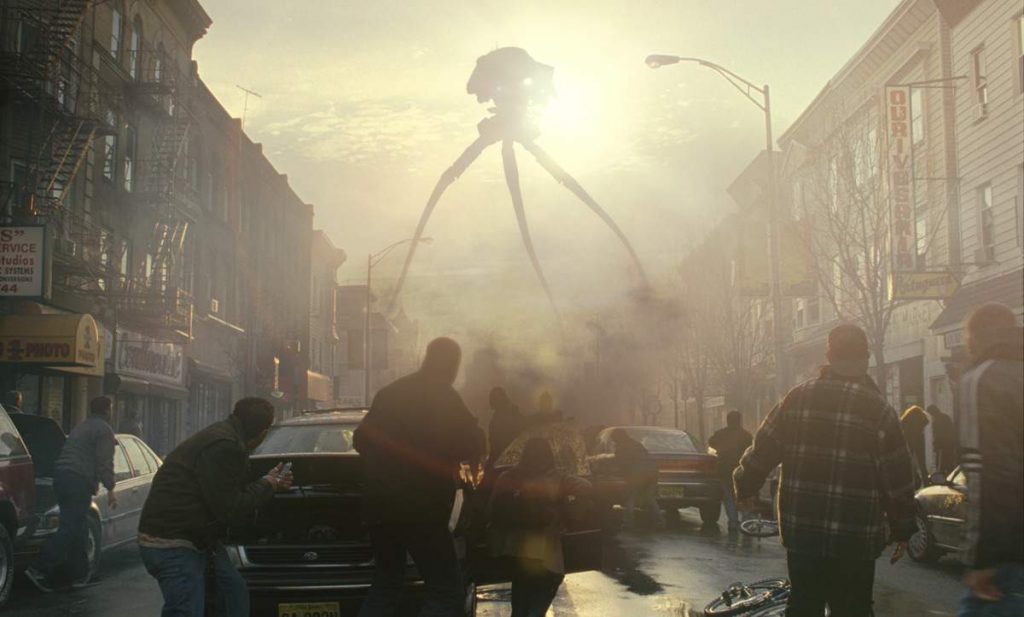 Loosely based on the H.G. Wells novel of the same name, this Steven Spielberg sci-fi disaster film has Tom Cruise playing a divorced dockworker who is entrusted to watch his two kids who surprise him with a rare visit for the weekend. Soon, what follows is through the lenses of this one family is the extraordinary battle when aliens visit earth and unleash destruction on cities with with their highly-advanced towering war machines and how the family is forced to take refuge from the aliens as the human race prepares with the high possibility of the extinction of the human race.  The special effects involving the aliens are outstanding followed by an excellent soundtrack composed by John Williams. The pacing is good and Cruise delivers a compelling performance. If you love watching Spielberg’s movies, you will definitely enjoy watching this one as well. 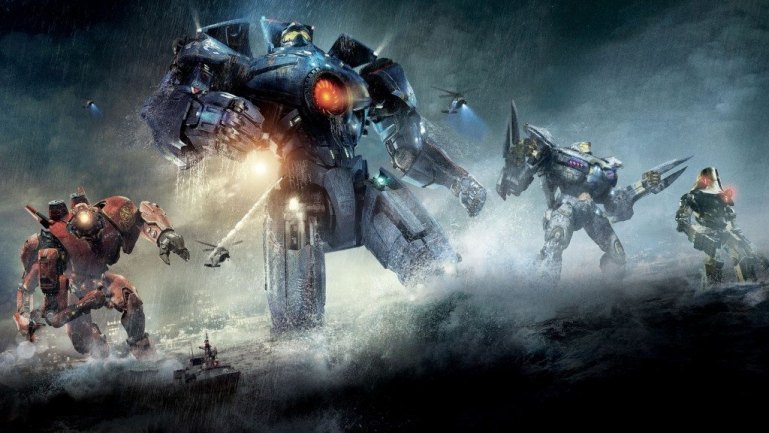 Guillermo Del Toro’s sci-fi action film ‘Pacific Rim’ is set in the future where Earth is in war with “Kaiju”, a legion of colossal sea monsters that have come from an inter dimensional portal and have emerged from the sea, with an objective to wipe out the human race and create mass destruction. In order to combat this giant “Kaiju”, massive robots called “Jaegers” which are being controlled simultaneously by a former pilot and an untested trainee pilot whose minds are joined in a mental link. It is up to these two to drive these special weapons in a desperate effort to save mankind from extinction. What makes the battle sequences so good is because of the anticipation and  the buildup leading to that. We’ve seen this giant monster thing vs a giant robot before (Transformers and Godzilla anyone?) but again, it holds well due to some amazing VFX effects and the fact that for those people who follow Japanese movies, this one pays tribute to the Kaiju, Mecha and Anime genres. Overall, it’s a good summer blockbuster popcorn entertainment movie. 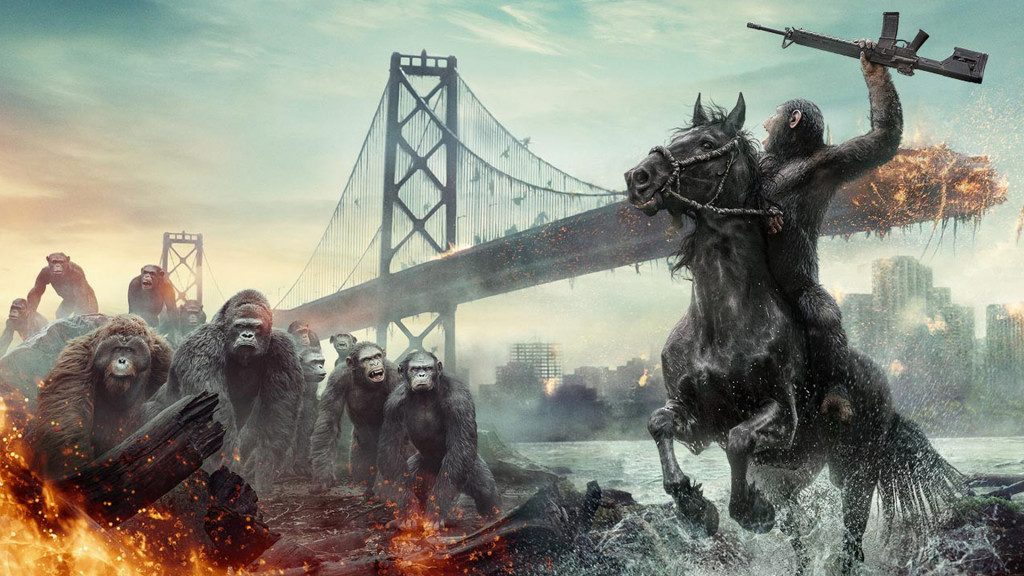 Being the sequel to the 2011 ‘Rise of the Planet of the Apes’ film of Fox’s reboot of the Planet of the Apes series, this film takes place following the events what happened in its prequel ten years later after a devastating plague wiped out half of the human race. A growing nation of genetically evolved apes lead by their leader Caesar feel threatened after tensions rise between them and a group of human survivors, eventually leading both of them to the brink of war. Matt Reeves’ direction elevates this second installment completely with some terrific use of visual effects, a credible story, good musical score, awesome action sequences and the weight of the emotional depth. The acting is also superb with the likes of Gary Oldman and Jason Clarke giving good performances. But anyone who has watched the film will agree that Andy Serkis’ CGI motion-capture performance as Caesar truly stole the show. The apes look so lifelike thanks to some terrific incorporation of visual effects. Do not miss this one! 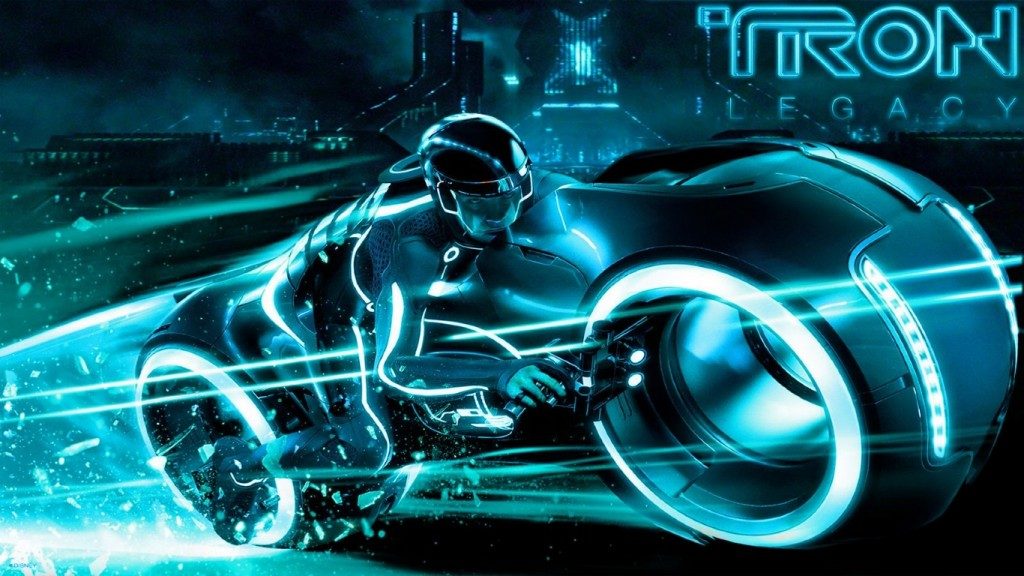 People who grew up watching the 1982 ‘Tron’ movie were hoping that one day, a sequel to this cult classic would finally arrive. And finally after 28 years, Disney’s highly anticipated film, ‘Tron Legacy’ hit theatres in 2010. Following the events what happened in the digital world of ‘Tron’, here Sam Flynn, the tech savvy 27 year-old son of the virtual programmer Kevin Flynn goes looking for his father who has been in ‘the Grid’ – a virtual reality world for a really long time. Then Sam along his father and the algorithm Quora have to stop the corrupted “Clu” from invading the real world. Despite the fact that this sequel gets a lot of flak from people for not living up to the expectations of its predecessor with regard to its character development, story and acting, this movie has its redeeming elements like its orgasmic visual effects and superb production design. This is NOT a bad movie.. Period.  And of course, who can even forget Daft Punk’s cutting edge amazing soundtrack? 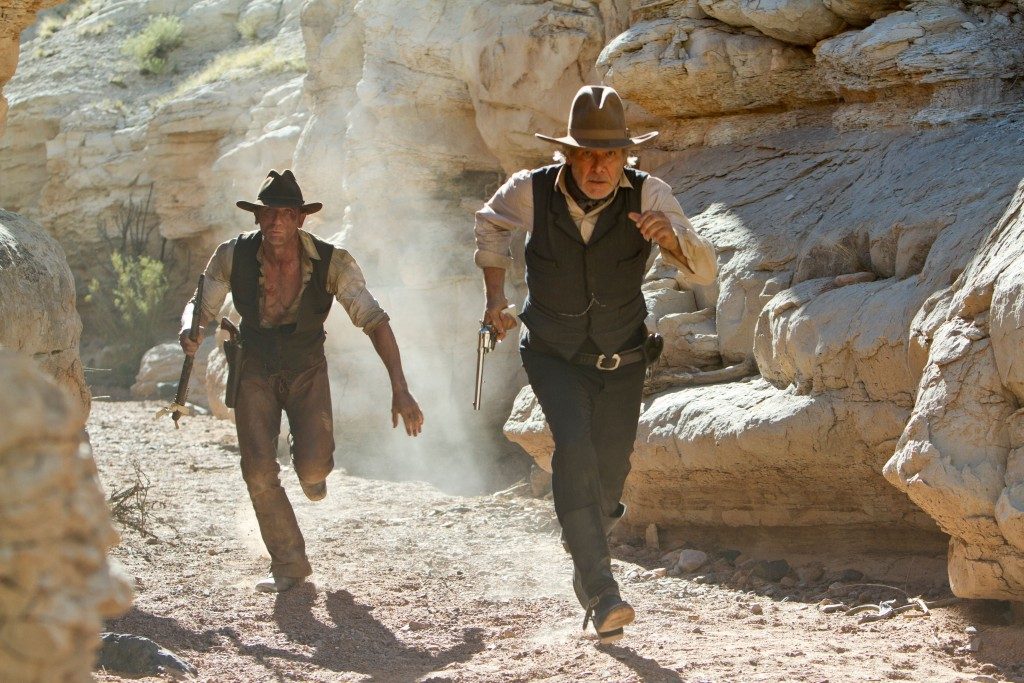 Based on the graphic novel of the same name by Scott Mitchell Rosenberg and directed by Jon Favreau, this film is set in 1873 Old American West where an amnesiac outlaw (Daniel Craig), a Colonel (Harrison Ford) and a mysterious traveller (Olivia Wilde) have to ally with the Native Americans and other remaining townspeople so as to save their group of abducted townspeople from the aliens. This film combines the themes of a spaghetti western film with that of alien tech so as to make a compelling action film. The problem with this film is that with the story which has a lot of gaping plot holes which could have done so better and the fact that the entire film is quite predictable. Aside from that, the film boasts of two A-listers in Craig and Ford whose chemistry on screen makes the film look appealing. The aliens look very slick and scary which makes them very intimidating indeed. A typical fun summer movie which is more of a one-time watch. 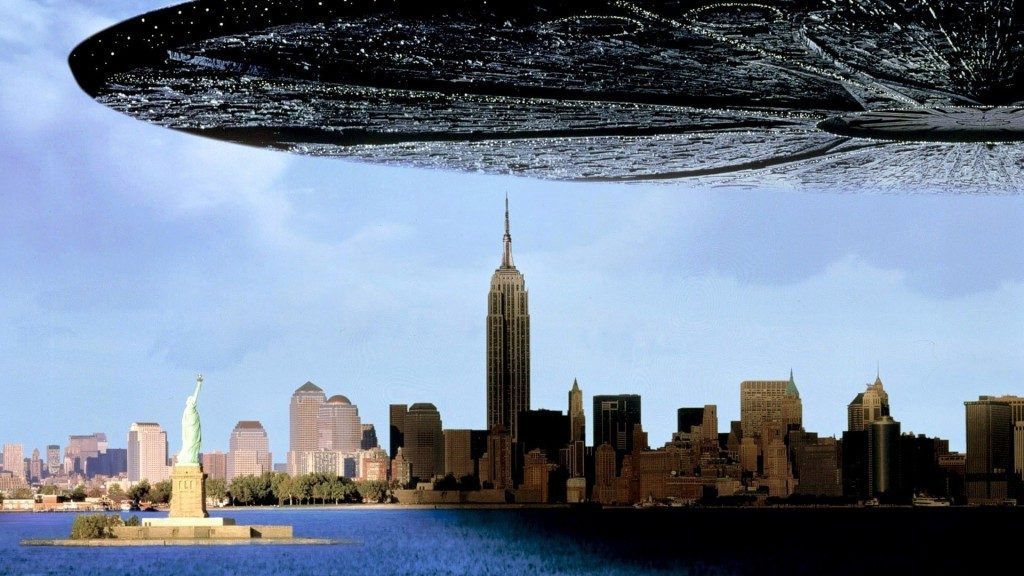 Roland Emmerich’s ‘Independence Day’ truly set the benchmark for all future large scale disaster movies to follow in the coming decades. The film focuses on a disparate group of people who have to figure out a way to save Earth from global destruction by an unknown terrestrial race. With the help of other people in the world, they must launch a last-ditch counterattack on July 4- – also known as Independence Day in the United States. It’s a destruction-filled spectacle of epic proportions with awesome explosion scenes, amazing special effects, intense action sequences and some terrific performances especially by Jeff Goldblum and Will Smith. Due to the large success of this film, it truly marked the resurgence of good sci-fi action films in the late 1990s. A truly must watch film indeed.

Walter Pfister who’s best known for doing some amazing cinematography work in most of Christopher Nolan’s movies made his directorial debut with this sci-fi thriller. Here, Johnny Depp plays a research scientist whose expertise in the field of Artificial Intelligence makes him very famous in the world of science for his notoriously famous experiments when he succeeds in creating a sentient machine that combines the collective intelligence of everything ever known with also the capability of displaying human emotions. Because of his success, he’s become a target by some anti-technology extremists who’ll stop at nothing to destroy his inventions. However in their attempt to destroy him, they inadvertently become the catalyst for him to succeed i.e, to be a participant in his own transcendence. As a result, his thirst for knowledge sets him on a very dangerous path. Despite showing promise for its one-of-a-kind plot, there are a few inconsistencies within the story with poor logic which unfortunately damns its potential. Still, do give this a watch if Artificial Intelligence really fascinates you. 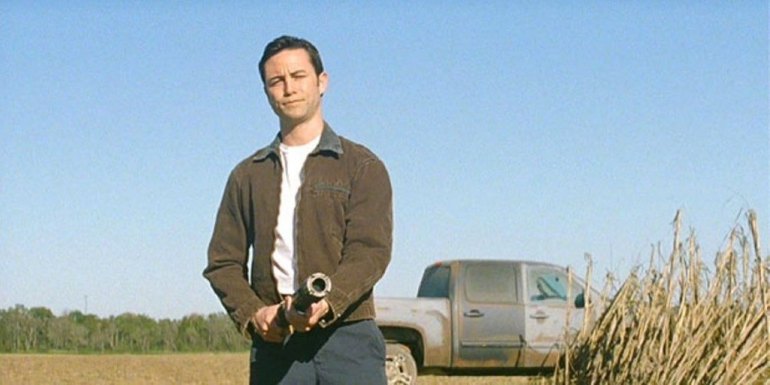 Very rarely do we ever see how time travel in movies are incorporated in such a unique way. This movie is one of those rare few. Directed by Rian Johnson, this film is set in futuristic 2044 where criminal syndicates use contracted killers called “loopers” to kill victims using time travel. Joseph Gordon Levitt plays Joe, a looper whose job is to hunt down the men sent from the future and into the past so that he can then properly dispose their bodies. After a while, the mob then decides to “close the loop” thereby sending Joe’s future self (Bruce Willis) to the past so as to assassinate him. When the two meet, they have to figure out what to do with themselves with each of them having personal and conflicting agendas to fulfil. It truly is a very thought provoking film which combines the themes of futuristic sci-fi and some good old action sequences. A very smart and tout thriller, this is probably the most underrated movie of the entire list. 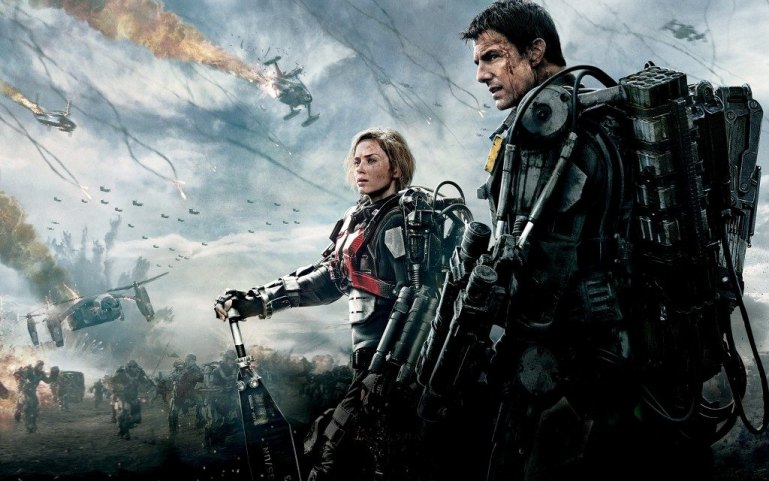 A movie which borrows a similar concept of time loop from ‘Groundhog Day’ (1993), this film’s plot is set in the future when Earth is invaded by aliens, Major William Cage (Tom Cruise) – a public relations officer who barely has an combat experience is forced to go into an almost suicide mission battling the aliens. Though he is killed in battle, he finds himself unexpectedly in a time loop where he re-lives the same day preceding the battle every time he dies again and again. Using this opportunity to improve one’s fighting kills, he teams up with Special Forces warrior Rita Vrataski (Emily Blunt) as they seek a way to defeat the extraterrestrial invaders.  This is a very clever and intense sci-fi spectacle with clever use of humour followed by some stunning visual effects, terrific alien design and some beautifully orchestrated battle sequences as we get to see Cruise and Blunt strapped up in full body artillery, being transformed into ultimate fighting weapons, and going to great lengths by testing one’s physical prowess .

Tom Cruise and Emily Blunt give some really compelling performances as the audience get really emotionally invested with the main characters in their hopes to succeed and the ending scene has some truly tear-jerking scenes which are hard to process. No wonder this sci-fi action blockbuster easily tops the entire list.