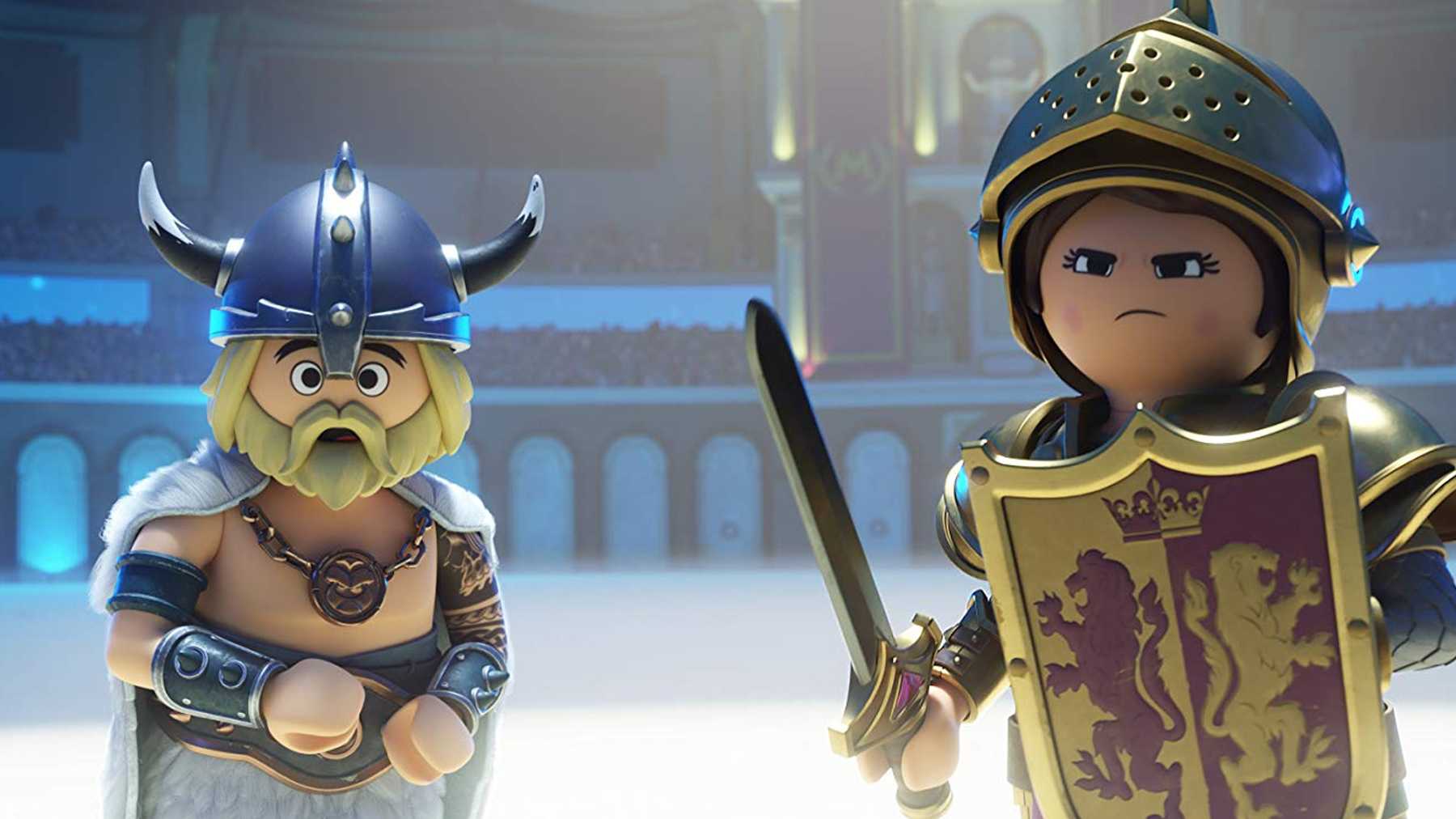 After the immense popularity of the Lego movie series, it was only a matter of time before other building toy companies jumped on the bandwagon and produced films of their own. Finally, it has been done by the company Playmobil. Directed by Lino DiSalvo and written by Blaise Hemingway, ‘Playmobil: The Movie’ centers around a young woman’s adventures in Playmobil’s animated world which she has entered in order to bring back her lost brother. However, the situations that this girl, Marla, finds herself in are quite dangerous. Sometimes she is right there in the middle of a battle between Vikings, while on some occasions, she is found among pirates.

The film fails to work as neither does it have the spark of the Lego movies, nor does it boast of good writing. The self-aware nature of the humor that we see in the Lego movies become their USP, and this aspect, too, is missing in this film. However, if you enjoyed watching ‘Playmobil: The Movie’ and want to check out similar flicks, then we’ve got you covered. Here’s the list of best movies similar to ‘Playmobil’ that are our recommendations. You can watch several of these movies like ‘Playmobil’ on Netflix, Hulu or Amazon Prime. 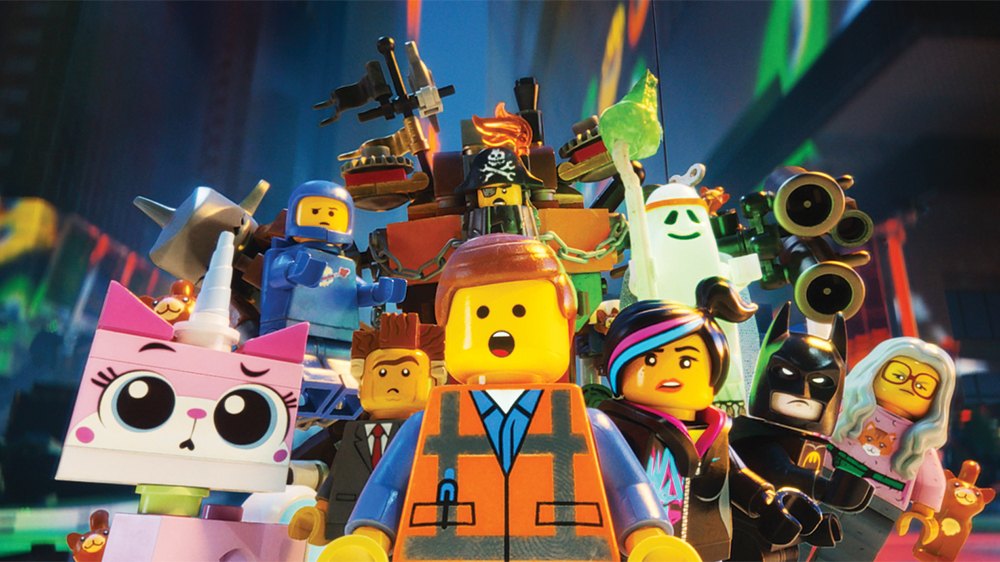 The film is set in a universe called the Lego world where each and everything is built using Lego building blocks. The protagonist of the film is a character called Emmet who has been prophesized to be the savior of this world. Emmet and the many people he makes friends within this Lego universe join hands to bring an end to the evil and tyrannical Lord Business. The animation here is just perfect, and the humor on-point. With all the figures looking almost similar, it was surely a challenging task for the makers of this film to come out with distinctive features for all of the characters, something which has been achieved to an unbelievable extent. The humor in the film also serves a very important purpose – it keeps the audience so amused that they never have a chance to be distracted by the setting and looks of the characters. 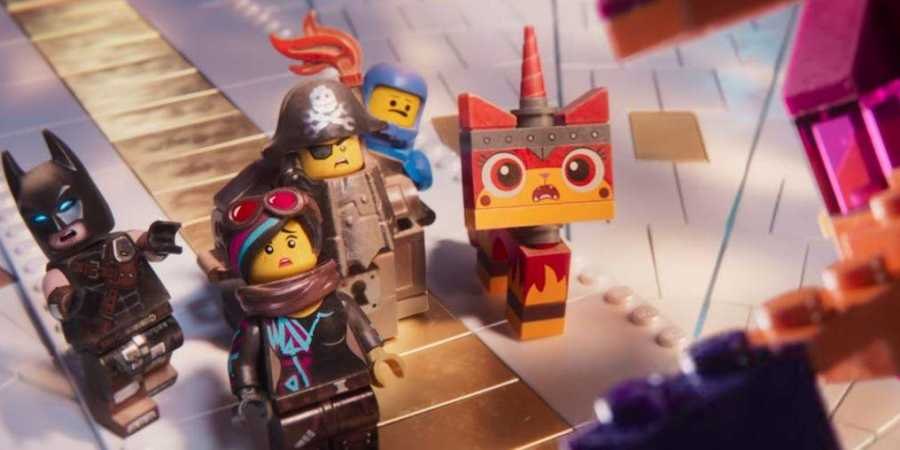 One very interesting thing happens in the Lego movies — the actions that are taken by people who play with a Lego collection has massive repercussions on the Lego universe. So when the character called Bianca starts playing with her father’s Lego collection in the second installment of the franchise, it leads to some dangerous aliens invading the Lego universe. To protect the Lego universe once again from such threats, Emmet takes the help of Batman and his friend, Lucy. Together, they try to fight these aliens and make the Lego world a safe place once again. It is a natural tendency of franchise films to try and top the previous movie in the sequels in terms of the grandeur that made the movie popular in the first place. In doing so, the very essence of the film, that is the story and the characters, sometimes tend to take a back seat. This is avoided in the second installment of the Lego franchise, where the makers make it a clear point to stick to their roots and provide a solid entertainer. 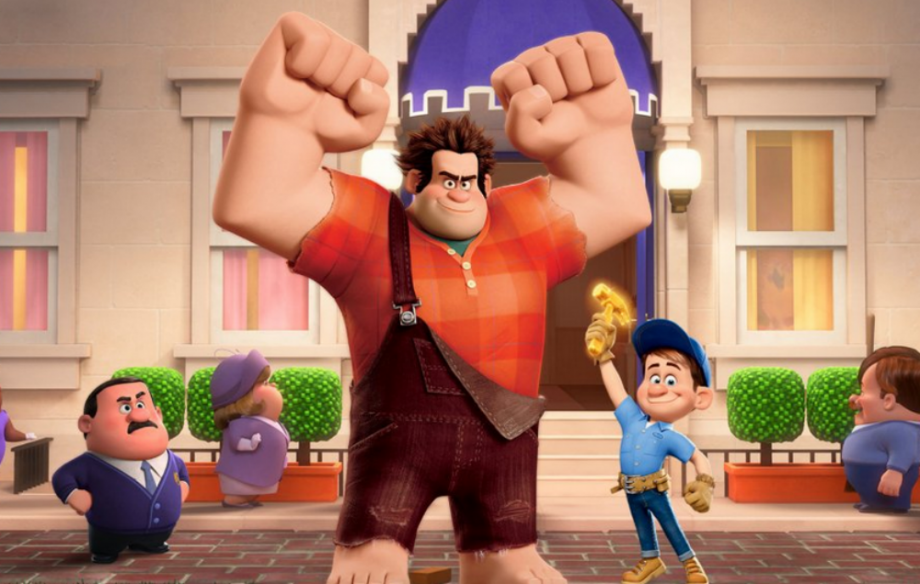 You can call ‘Wreck-It Ralph’ the video game version of ‘Night At The Museum‘. In this 2012 movie, all the characters from the different video games in an arcade come alive at night. While most of them get along well, there is one character whom they have ostracized from their circle – Wreck-It Ralph, the antagonist from the game ‘Fix-It Felix Jr.’. In trying to impress his peers, Ralph sets out on a mission to do something heroic, but ends up causing more problems than he actually solves. The film tells a rather sweet story with enjoyable twists and turns for children to have a gala time. The way the animation shifts from a classical approach to a more modern style will also not go unnoticed by the lovers of animated films. The intense colors, the emotional plot, and the engrossing animation make this film a rather fun watch. 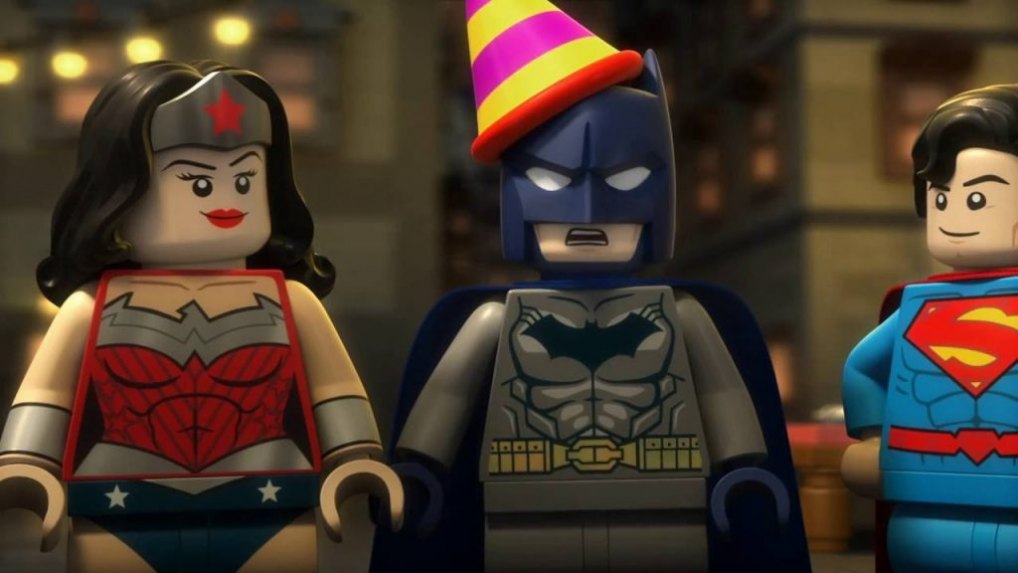 Batman has always been one of the most important characters in the Lego universe. His influence on the franchise has been ever-present. Thus, it was only a matter of time before Batman got a Lego movie of his own. The story of the Lego Batman movie centers around Batman and the Justice League going all out to defeat their common enemies – the Joker and Lex Luther. Despite being a film about all DC characters told via figurines made of Lego blocks, this direct-to-TV movie is rather enjoyable. The way these characters deal with their situations with all seriousness despite being toys is one of the most charming aspects of the film. 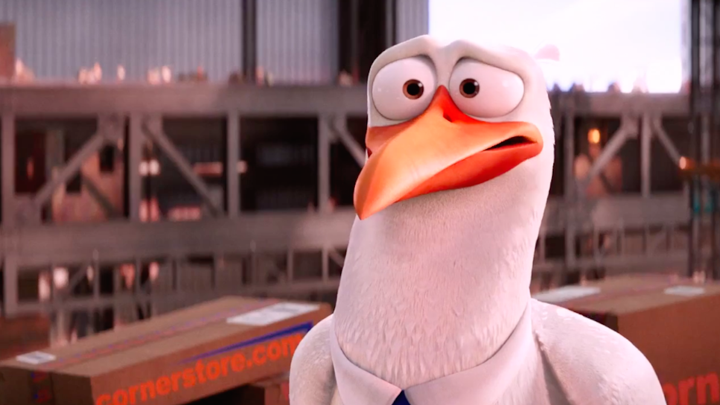 The story of ‘Storks’ is set in a world where these birds were once famous for delivering babies. However, those days are gone, and now the storks are used to delivering packages for the company, Cornerstone.com. But the thing is, in this world, babies are not conceived via sexual contact. Here, you have to write to a company asking them for a baby, and they produce one for you in their baby-making machine. Cornerstone was also earlier a baby-making company, but have stopped their baby production for quite a long time now. But when a little boy writes to the company asking them to provide him with a sister, one of the storks mistakenly reignites the company’s baby-making machine without taking permission from the higher authorities. The film works quite well with its interesting characters and the funny plot. The animation is wonderful, but one thing the story clearly lacks is a sense of humor. 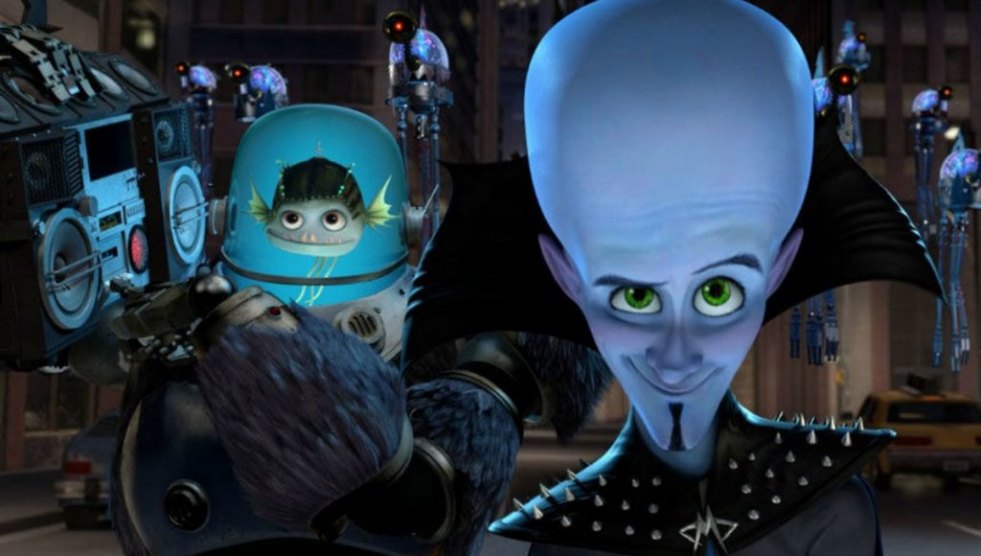 The 2010 Dreamworks film ‘Megamind’ plays around with the concepts of superheroes and supervillains which are recurring characters in children’s stories. The central character of this film is a super-intelligent alien called Megamind, who, after a long period of struggle, does manage to defeat his enemy – the superhero called Metro-Man. But in his attempt to create another nemesis for himself, Megamind inadvertently ends up creating a villainous creature whom he now has to take down to bring back order into the world. The film is quite fun to watch, but it clearly borrowed certain plot points from films released during the same time period like ‘The Incredibles‘ and ‘Despicable Me’. The humor and the visuals are definitely on point, but ‘Megamind’ is quite a departure from the quality of animated films the audience has been used to expecting from Dreamworks. 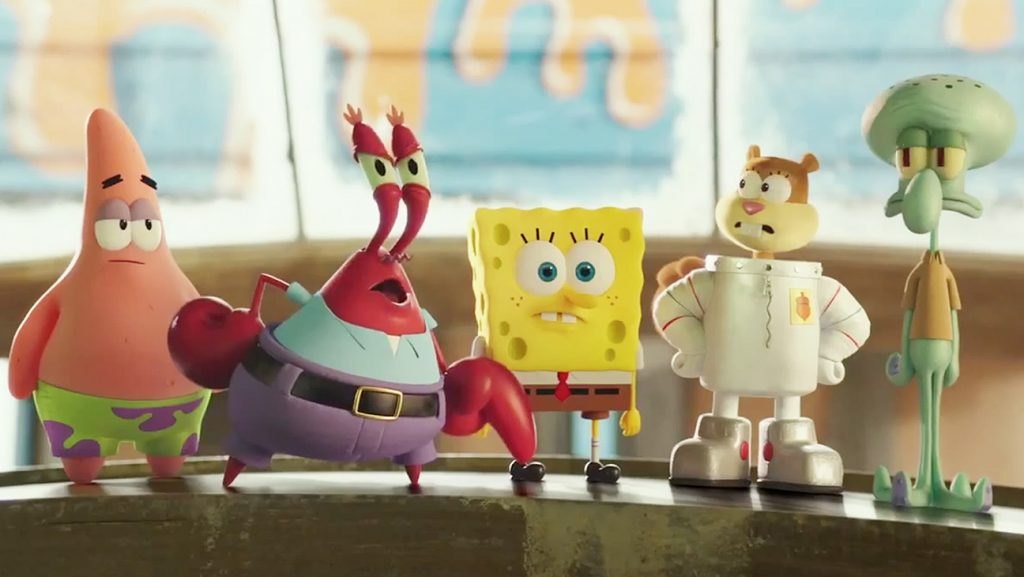 Those who are aware of SpongeBob’s world know that he and his friends are underwater creatures who live in a wonderfully structured society. Then why do they need to leave the comfort of their homes and come out to the surface? Well, it’s because a pirate has stolen a secret formula prepared by SpongeBob’s friend Burger Bread which can make anything you write in a secret magical book come true. Fearing that this pirate might use the book to bring upon some great damage to the earth, SpongeBob and his friends decide to stop him using any means necessary. It is important to mention here that unless you have been watching the show, there is a chance that you might not enjoy all the references or jokes in the film. However, it should not prevent you from enjoying the film in your own way. The plot is pretty simple, but the way it is presented, keeping all the eccentricities of SpongeBob’s world alive, is the best part of the film. 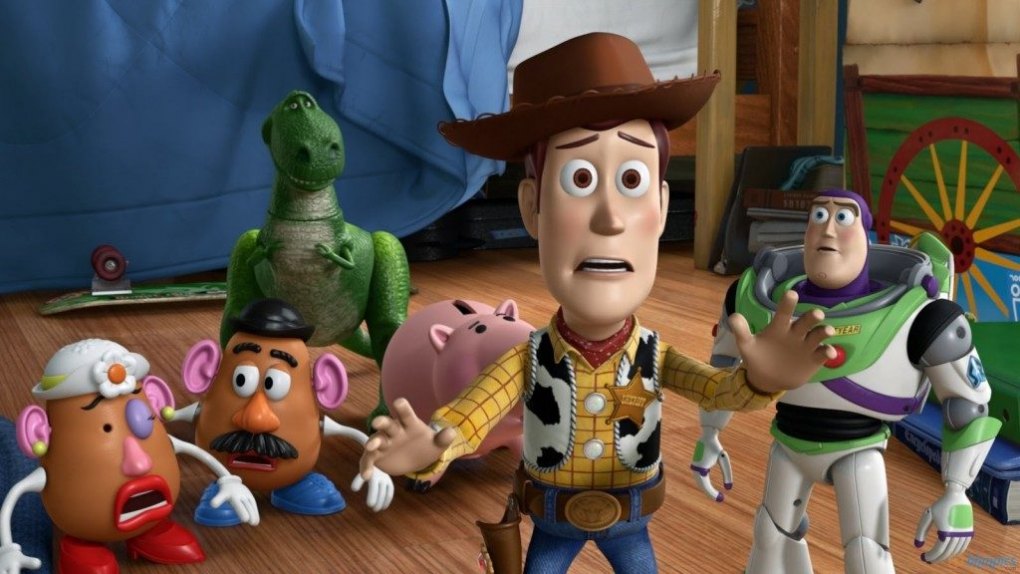 One of the most popular animated films of all time, ‘Toy Story‘ centers around the adventures of some toys belonging to a child called Andy. All of his toys come alive when nobody is around. When Andy introduces a new toy to his collection, an astronaut named Buzz Lightyear, Andy’s previously favorite toy Woody, a cowboy doll, is afraid that he will now take a backseat in Andy’s life. However, as time goes by, Woody and Buzz slowly become friends and they get into some intense adventures together. ‘Toy Story’ is the first film where the entire movie is made using computer animation. The amazing visuals it produced struck a chord with the audiences of its time. The film’s wonderful characters, and the brilliant voice acting done by Tom Hanks, Don Rickles, and others have made ‘Toy Story’ one of the most important animated films of all time.