5 TV Shows You Must Watch if You Love SpongeBob SquarePants 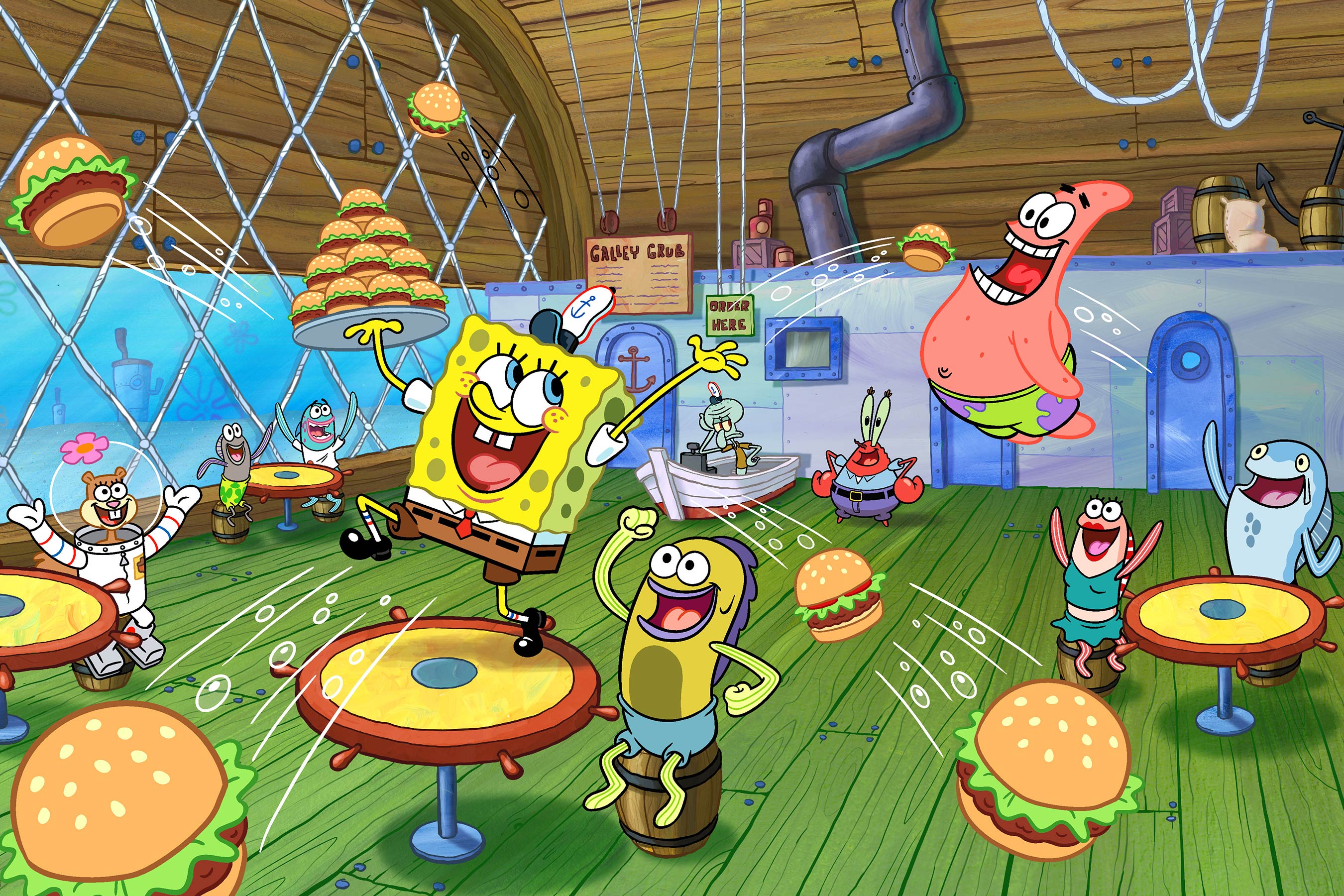 There are some shows that have evolved from just being television programs to being an integral part of some of our daily lives. In this case, when I say “some of ours”, I talk about the younger audiences who constitute a large part of what is produced on television. And it is because of these enthusiastic bunch of viewers that certain animated television shows have become cultural icons. The two channels, Cartoon Network and Nickelodeon, are responsible for bringing many such shows to children. One such show is ‘SpongeBob SquarePants‘, which first debuted on Nickelodeon in 1999 and since then has turned into a global franchise.

The story of the show is set in an underwater city called Bikini Bottom. Most of the inhabiting fish of Bikini Bottom are not just ordinary fish. They drive around in automobiles and have even built houses using pieces from shipwrecks. There is even a brine pool at the bottom of the sea where these fish hang out. The entire setting is somewhat surreal, with weird but innovative juxtapositions which we usually see in the paintings of Salvador Dali or Man Ray. In this city lives our central character, the underwater sponge called SpongeBob Squarepants. He works at a restaurant and enjoys his enthusiastic life with the several other underwater creatures who are his friends. The series follows the various adventures which SpongeBob and his friends get into.

The most impressive aspect of the show is how the creators have managed to create an entire underwater town from their imagination while keeping interesting details in place. The fascinating aspects of Bikini Bottom prove that a lot of things are possible with animation, which is sometimes not that easy with real-life situations and locations. The series has received widespread critical acclaim and a number of awards throughout its run. If you’re looking for more shows that are stylistically and thematically similar to this series, then you have come to the right place. Here’s the list of best shows similar to ‘SpongeBob SquarePants’ that are our recommendations. You can watch several of these series like ‘SpongeBob SqaurePants’ on Netflix, Hulu or Amazon Prime. 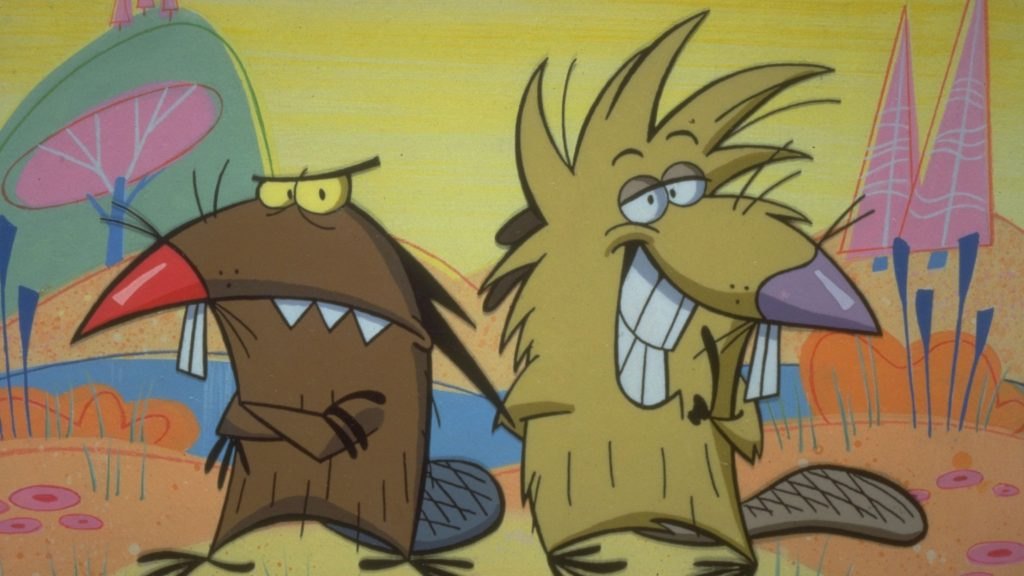 Another Nickelodeon series, ‘The Angry Beavers’ centers around the characters of Daggett and Norbert Beaver. They are brothers who have decided to live on their own and thus move out of their parents’ house and shift to a forest near a cleverly-named place called Wayouttatown. What makes this series unique and an important part of this list is its depiction of the forest as a small town where only animals and plants dwell happily with each other. They are not stock characters but are well-rounded ones with genuine feelings, character traits, aspirations, and history. Our two central characters also have a number of nuances in their personalities and the relationship they share with each other. While Daggett is short-tempered and sensitive, Norbert is well-read, calm, and rational. They even share a love-hate relationship which is portrayed subtly in the series. The writing is what makes ‘The Angry Beavers’ an interesting watch. The series did receive love from both critics and audiences, but was not continued beyond the fourth season. 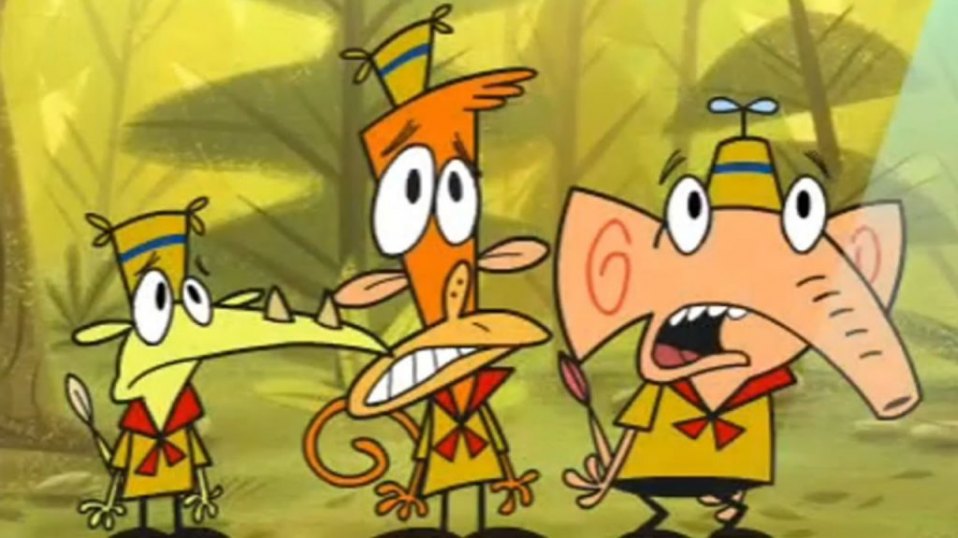 Produced by Cartoon Network Studios, this series is set in a world where only anthropomorphic animals exist. The characters around whom the show revolves around are a spider monkey called Lazlo, a timid elephant called Raj, and an albino pygmy rhinoceros called Clam. They are all attending a summer camp along with various other animals, and this is where Lazlo and his friends get into various adventures. These adventures are both surreal and hilarious in nature. The creator of the series, Joe Murray, later said that he developed the personality of each of the characters of the series based on how such animals are in real life. When first conceptualizing the story, Murray had planned to release it as a book. But after he kept on building the world in which these characters exist, Murray realized that a book will not do justice to the story he wants to portray. Thus, he came out with the concept of this series. 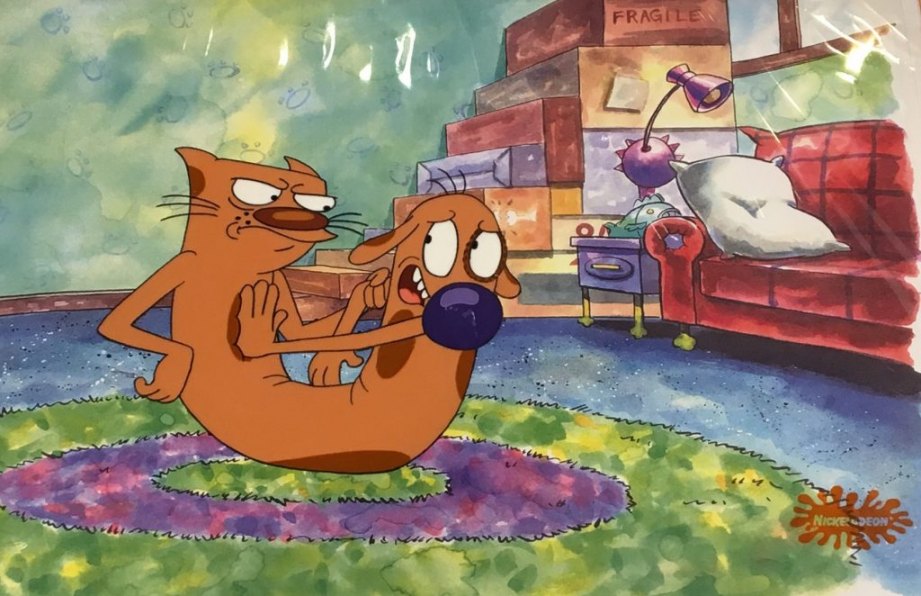 Sometimes there are certain references in animated shows that might be lost while trying to focus on target audiences. But people of a certain generation can manage to figure out the references and enjoy the homage being paid to the hit shows during their times. One such show that people of a certain age group might enjoy is ‘CatDog’. The series is about a hybrid conjoined twin, one half of which is a cat and the other half a dog. Despite being brothers, they are vastly different beings and enjoy completely different things. Dog enjoys chasing cars and eating at restaurants while Cat is a more demure and cultural being. The way these characters are projected is a clear homage to comedic duos of earlier days like Laurel and Hardy or Abbott and Costello. Cat and Dog, despite being such vastly different characters who sometimes ridicule each other, also share a deep love for one another.

Just like SpongeBob, the setting here is filled with several creatures who are animals but can talk and have human-like lives. The writing of the series has been acclaimed by critics. One thing about the show which stands out is the fact that the central characters of the show are conjoined twins and in our society, such people really have a tough time living their lives. They are considered not productive enough for society and hence are marginalized to a large extent. It’s great that the creators of the series have managed to make a show around such characters who despite their unnatural physical attributes are out there having loads of fun. 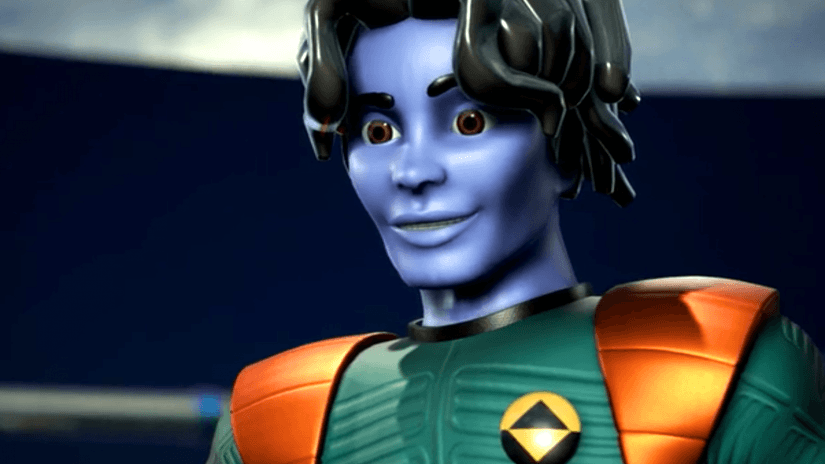 ‘ReBoot’ has a great historical significance since it is the first series produced completely using computer graphics. However, this is not the main reason why this show has found itself on this list. The makers of the series have done a masterful job in creating a futuristic world where characters live in a digital city. Every aspect of the city is controlled by a complex computer system called Mainframe. There are several guardians assigned with the task of protecting this mainframe from any sort of viruses. One such guardian, Bob, is the protagonist of the story. While most of the guardians believe that viruses have no right to exist and should be killed immediately, Bob believes that these viruses can be modified to work in favor of the Mainframe. Along with his friends Enzo and Frisket, Bob tries his best to keep the mainframe safe.

The showrunners have brilliantly managed to create a world in which all the creatures have been somehow associated with computer terminology or they themselves are associated with the handling of computers. One such character is Mouse, who is also a computer hacker. Then there is the virus named Hexadecimal, whose face is covered with layers of masks, each one depicting a particular emotion. Such symbolization is an integral part of the show. Interestingly enough, a debate between capital punishment and correctional punishment is also raised in the series as Bob is strictly against killing off the viruses and instead wants to modify them in such a way that they stop being harmful. Such social commentary is what makes the series stand out. 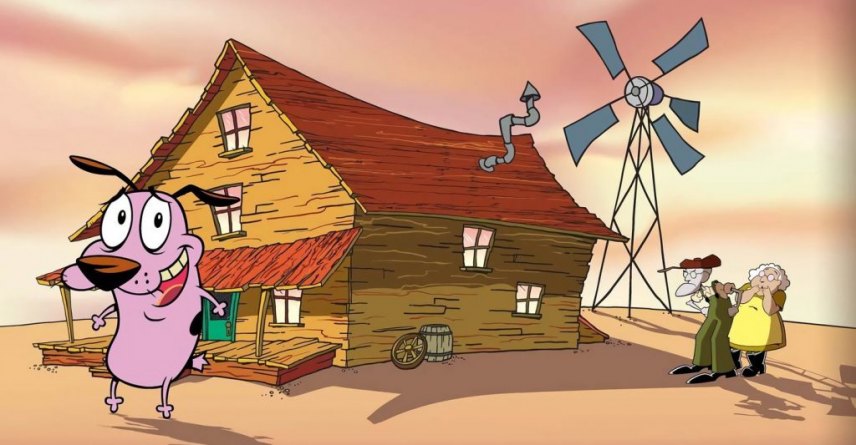 One of the most innovative animated shows of all time, ‘Courage The Cowardly Dog’ cannot be merely described as a children’s series. The brainchild of John R. Dilworth, the show centers around three characters – Muriel, her husband Eustace, and their pet dog Courage. They live in a place known simply as Nowhere. They live a quiet life which is frequently invaded by supernatural creatures. Most of the time, it is Courage who goes to great lengths to save his owners from the wrath of these creatures. The series stands out for the dark and surreal humor that it uses and the brilliant supernatural characters the makers come up with. Although the series is billed as a children’s show, some of the episodes are quite scary with creatures like Scary Violin Girl, Mask Girl, and The Magic Tree Of Nowhere. Moreover, there are some violent moments in the series as well, where limbs are torn and organs explode. Be that as it may, few horror comedies have managed to be as scary as ‘Courage The Cowardly Dog’.