Is Baby Mama a True Story? 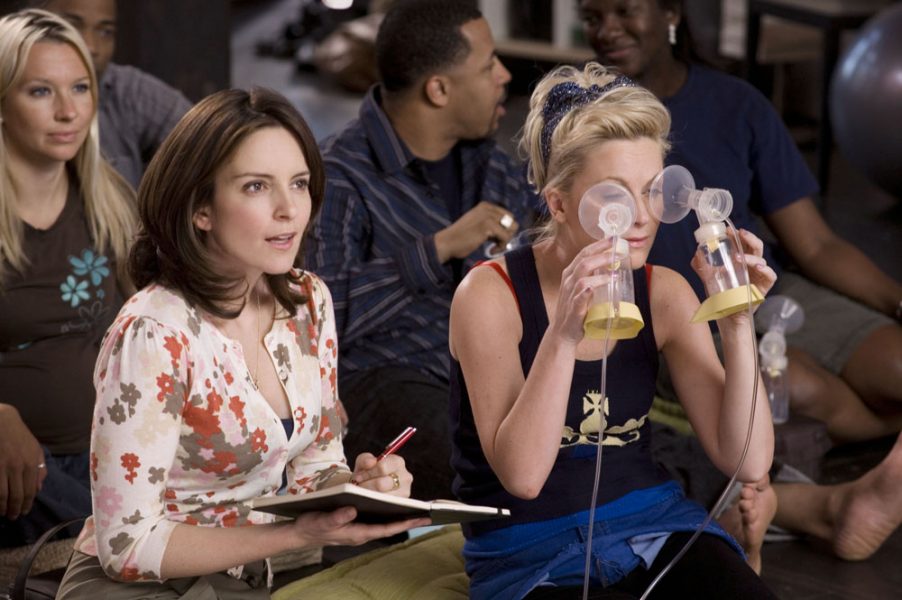 The “pregnancy comedy” sub-genre brims with several hilarious flicks that depict the ups and downs of parenting. But ‘Baby Mama’ works more as a counter to the exhaustive unwanted pregnancy approach that most similar comedies rely on. With its gal-friendly storyline and characters, the film walks you through all the scuffles and conflicts that two women go through just to be able to raise a child of their own. It begins with Kate, a woman in her late 30s, wanting to raise a child as a single mother. But when she runs out of all options, she decides to hire a quirky surrogate mother, Angie, and that’s when a battle of wits between the two ensues.

Throughout its runtime, ‘Baby Mama’ remains focused at entertaining you with its elements of comedy. But along with that, it also picks on some serious and realistic themes that will be quite relatable for some viewers. So let’s further explore where it draws its inspiration from.

Is Baby Mama Based on a True Story?

No, ‘Baby Mama’ is not based on a true story but its themes surrounding single motherhood and parenting might resonate with many. For the most part, ‘Baby Mama’ comes off as a lowbrow comedy that is driven by the conflicts and hilarious confrontations of its two leads. But then, there are times when it manages to capture the essence of all the troubles that a single woman might face if she decides to raise a child all by herself. As seen in the initial scenes of the movie itself, the main character’s decision to stay single is questioned by pretty much everyone, including her mother. Moreover, after she learns that she cannot have a baby, even adoption laws don’t really work in her favor.

These underlying sociological explorations of the movie never really go too deep and only manages to scratch the surface but it’s the film’s element of comedy that makes these, especially the one that revolves around motherhood, a lot more resonant. There’s also a brief yet significant segment in the film’s runtime where the main character, Kate’s age is emphasized. Being a 37-year-old, Kate feels anxious about settling down in life and is constantly pressurized by others to find someone. Meanwhile, she also feels like she’s running out of time to have a baby. Following this, when she discovers that her uterus is T-shaped, her pressure further piles up. Even during these moments, the film does not take itself too seriously. But despite that, many middle-aged women would be able to draw some parallels with Kate’s day-to-day dilemmas.

In an interview, the two ‘Saturday Night Live’ veterans, Tina Fey and Amy Poehler, also revealed that several experts were involved with them throughout the movie’s filming. Especially in the scene where the two leading characters can be seen in birthing rooms and Lamaze classes, the director made sure that the film’s depiction was completely accurate. Apart from that, since the director, Michael McCullers, was already a father of three when the filming of the movie took place, he very well knew what he was doing.