Is Benedetta Based on a True Story? 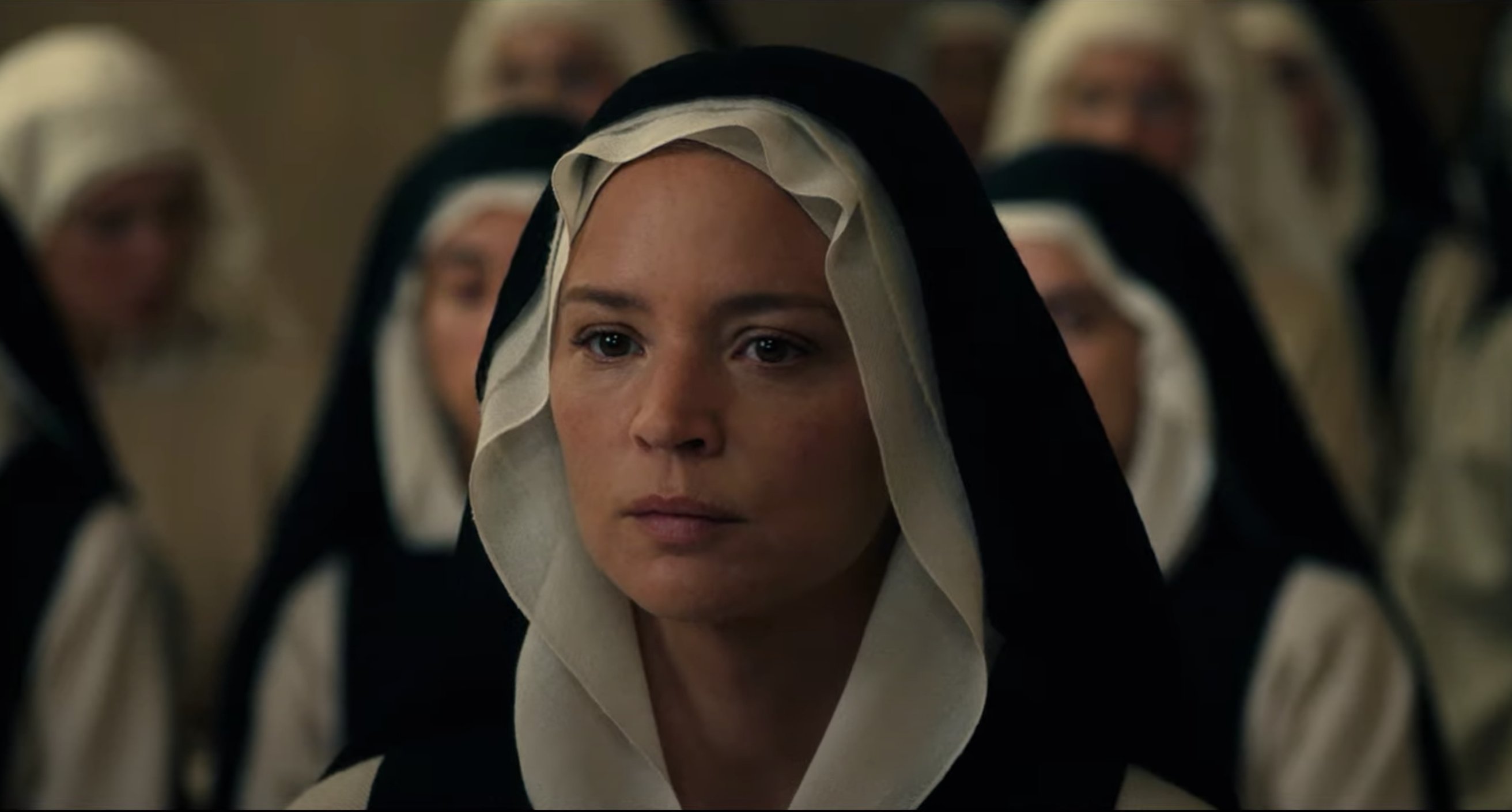 Set in 17th century Italy, Paul Verhoeven’s ‘Benedetta’ is a French period film that follows the relationship between Benedetta, a nun who lives in the Theatine Convent of the Mother of God in Pescia, and Bartolomea, a young woman who seeks security in the monastery among the nuns upon fleeing from her father. As Benedetta starts to take care of the newly arrived, forbidden passion binds them together, to the shock of the church and the society.

As the intense drama progresses, the young women get confronted by the religious order, causing turbulence in the pious society. As Benedetta’s fate gets severely tested enough to stir the minds of the audiences, one can’t help but wonder about the authenticity of her tragic tale. If you are curious to know whether the moving life of Benedetta is real, we come bearing answers. Let’s take a look!

Is Benedetta Based on a True Story?

Yes, ‘Benedetta’ is based on a true story. Paul Verhoeven and David Birke wrote the screenplay of the film based on ‘Immodest Acts: The Life of a Lesbian Nun in Renaissance Italy’ by Judith C. Brown, a 1986 non-fiction book that provides a detailed account of the life of Sister Benedetta Carlini and her romantic affair with a fellow nun, Bartolomea (or Bartolomeo). The book also covers various documents concerning Sister Benedetta’s stupefying life and her confrontation with the provost of her order, especially transcripts of the inquests that happened upon the scandal.

While talking to Variety, director and co-writer Paul Verhoeven explained what attracted him to the adaptation of the book to screen. “It [‘Immodest Acts’] was about something really weird and unique and it was based on these notes that a scribe took at the time that are so precise about what exactly, sexually these two nuns did. The people in charge back then were all men and there was a lot of doubt that sexual relationships between women even existed. And then the nun was having visions with Jesus in them. It was a story that had to be told,” the filmmaker said.

Benedetta’s affair with Bartolomea is one of the few lesbian relationships on record from the period of antiquity to the modern era. At the age of 9, Benedetta joined the order of the Theatines and grew up in the monastery. As she grew up, Benedetta claimed that she experienced varying visions and voices of angels and Jesus. Benedetta even performed her marriage to Jesus Christ in the convent at the height of these alleged visions. When her affair with a fellow nun became public knowledge, the church hierarchy started to scrutinize Benedetta gravelly.

As seen in the film, she was forced to live isolated in a monastery complex for the rest of her life as a result of her affair and deceits. While adapting the biographical book to the screen, Verhoeven added certain dimensions to the life of Benedetta Carlini. “That was the biggest challenge, actually, to express not just the sex but the spiritual, because it was very real for these women, very much a part of the world they lived in. I added this sacred level to the book, which is not in there,” he revealed in an interview with The Hollywood Reporter.

The filmmaker also critically explored the entity of church in the film, expanding the bounds of the biopic. “The idea that the church could decide that a woman should be killed because she was a lesbian—that’s quite horrible. Isn’t it? An inquisition. Remember, the Crusades were full of torture, and I think the church has done horrible things, so you’ll see that, too,” Verhoeven told Deadline. As an intense and poignant film, ‘Benedetta’ succeeds in masterfully depicting the emotions that enveloped Sister Benedetta Carlini during a period of time in which it was considered nothing but blasphemy.

Read More: Where Was Benedetta Filmed?