Where Was Benedetta Filmed? 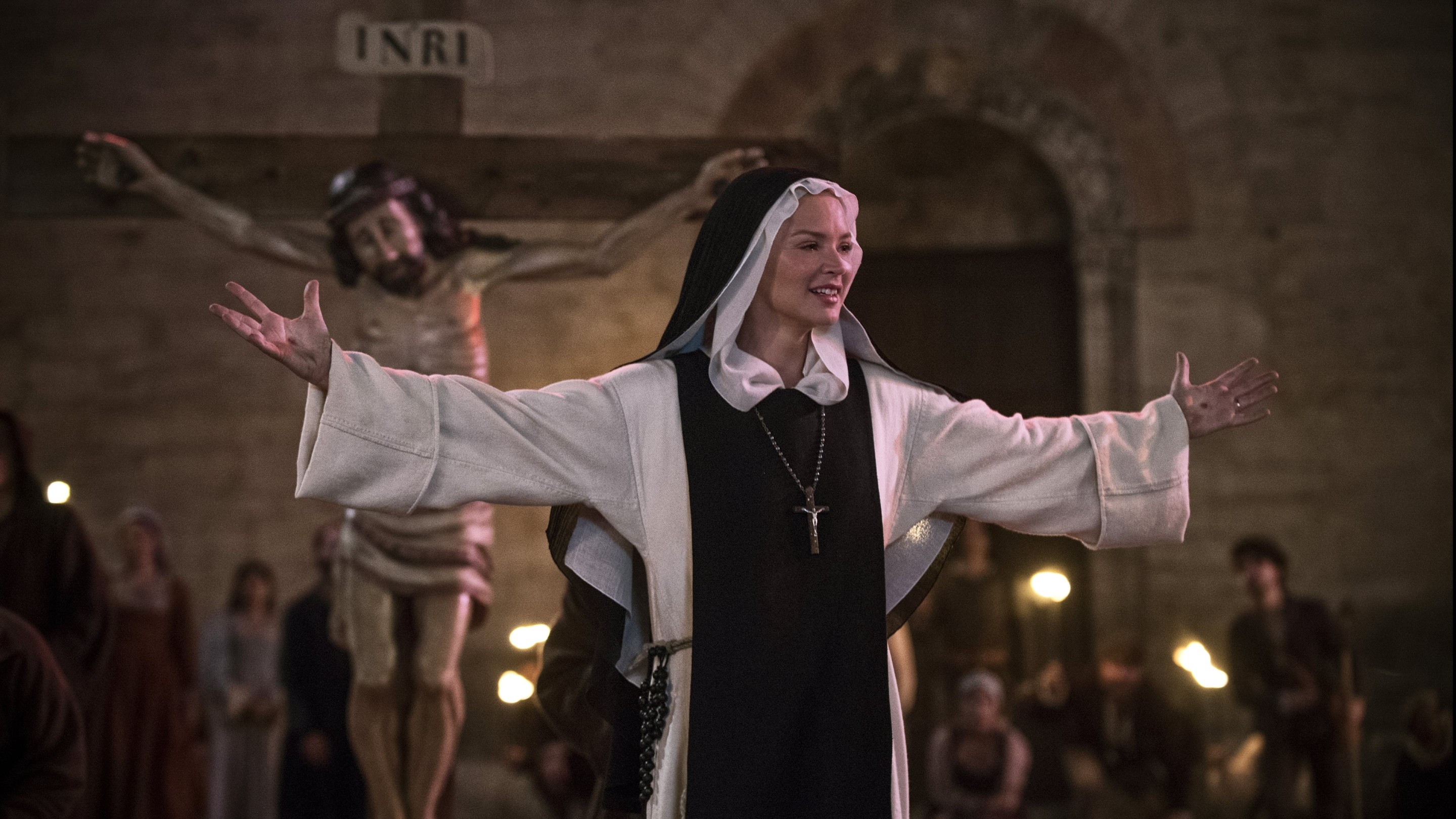 Based on Judith C. Brown’s non-fiction book ‘Immodest Acts: The Life of a Lesbian Nun in Renaissance Italy,’ Paul Verhoeven’s French biographical film ‘Benedetta’ follows the titular Italian nun who lives in the abbey of Theatine Convent of the Mother of God in Pescia. When she is joined by Bartolomea, who seeks security in the abbey from her father, forbidden emotions stir within the walls of the monastery.

Set in the 17th century, the period film offers an engrossing look at the surroundings of Benedetta, captivating the audiences with scenic visuals of the setting. As the film succeeds in bringing a breathtaking quality to its visual appeal with the locations used, we have covered the filming sites of the film. Let’s take a look!

‘Benedetta’ was filmed in Italy and France. The principal photography commenced in July 2018 and went on till September 2018. Even though the film is set in Tuscany, the production team also chose other locations in Italy and France to stand in for the region. Now, let’s take a closer look at the specific locations.

The filming of ‘Benedetta’ principally took place in Perugia, the capital city of the Umbria region. The town of Bevagna in Perugia hosted the production of the film, where Piazza Filippo Silvestri was used to film the exterior shots of the convent. The square’s medieval appeal and architectural design make it a perfect fit for the film.

The historical center in Perugia stands in for Florence in the film. The center is renowned for the numerous museums situated in and around the locality. As a historical hub, Perugia offers an astonishing window to the historical arts and architecture of Italy.

The home of the European Renaissance, the region of Tuscany is renowned for its spectacular natural landscapes. The filming in Tuscany was chiefly done in Montepulciano, a hill town in the province of Siena in southern Tuscany. The filming took place in Porta al Prato, located at Via di Gracciano nel Corso, where the main street of the town starts. Upon its reconstruction in the 16th century, the gate was designed by Antonio da Sangallo.

The filming in Tuscany also took place in Val d’Orcia, a region that extends from the hills south of Siena to Monte Amiata. The region was added to UNESCO’s World Heritage Sites for the preservation of the landscape, which inspired numerous Renaissance figures. The valleys in the region are distinguished for their elegance and have hosted the filming of productions like ‘The Gladiator’ and ‘Under the Tuscan Sun.’

A significant portion of filming in France took place in the region of Var, located in the Provence-Alpes-Côte d’Azur region in southeastern France. Thoronet Abbey, located between the towns of Draguignan and Brignoles, stands in for the interiors of the Tuscan convent in the film. The abbey was built in the late 12th and early 13th century for the order of Cistercians. The establishment is known for its stone architecture and is currently a museum after restoration. The alleyways and arcades that are featured in the film are part of the Thoronet Abbey’s beguiling buildings.

The interior shots featuring the convent church were taken at Silvacane Abbey, in the commune of La Roque-d’Anthéron. A former Cistercian monastery, the abbey is one of the prime examples of 12th-century Cistercian architecture and was built between 1175 and 1230. In 1443, the abbey was abandoned by the monks and passed onto varying ownerships. In the 19th century, the French government bought the church and started restorations in the establishment. Even though the grandeur of the church has been lost over the centuries, the film captures the building supremely.

Read More: Is Benedetta Based on a True Story?