Is Better Call Saul Based on a True Story?

Created by Peter Gould and Vince Gilligan, the crime comedy series ‘Better Call Saul’ opts for an outlandish ambiance. Straight out of his stint at ‘Breaking Bad,’ the series chronicles James Morgan “Jimmy” McGill, who becomes the Saul Goodman as we know him. As a con-man turned lawyer, Saul gets increasingly embroiled in the criminal underbelly of Albuquerque. Bob Odenkirk portrays the role with an edge. However, you must wonder whether the story has some truth in it. If that is the case, let us delve further.

No, ‘Better Call Saul’ is not based on a true story. However, the unscrupulous lawyer of Saul Goodman may have a real-life inspiration. Saul Goodman did not make an entry until halfway into the second season of ‘Breaking Bad,’ and his character was introduced mainly as comic relief. Following the spectacle of Tortuga’s death, Hank suffered significant trauma at the end of the first season, which diminished his possibility as a comic vehicle. Peter Gould, the co-creator of ‘Better Call Saul,’ wrote the eponymous episode of ‘Breaking Bad’ that introduced the character. ‘Breaking Bad’ creator Vince Gilligan came up with the name Saul Goodman, a wordplay on the phrase “(It)’s all good, man.” 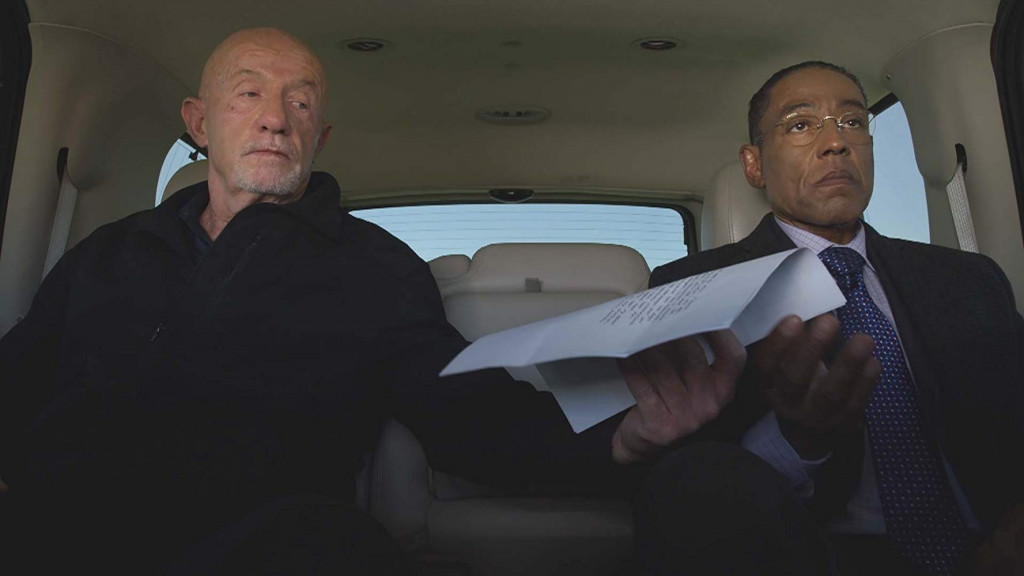 The creators originally envisioned Saul as a two-and-a-half-dimensional comic character who would appear in only three episodes of ‘Breaking Bad’ season 2. However, the writers understood that they could make more use of the character, and the shady lawyer could act as a “further entree to the criminal underbelly” for Walter. From as early as 2009, when ‘Breaking Bad’ season 3 was not even out, Vince Gilligan and Peter Gould toyed with the idea of a ‘Breaking Bad’ spin-off with Slippin’ Jimmy. Gilligan publicly announced the spin-off in July 2012, stating that he liked the idea of a show around a lawyer who would do whatever it takes to stay out of court.

In April 2013, the development of the spin-off became official. Netflix was also interested in distributing, but AMC, the original network of the parent series, struck a deal with Sony Pictures Television. In the companion talk show ‘Talking Bad,’ Bob Odenkirk speculated that the audiences found his character one of the most lovable in the series, as one of the least hypocritical characters. Saul is also quite good at his job, despite his aversion to court business and his questionable application of attorney-client privilege. However, you may wonder about the real=life inspiration behind Saul Goodman’s character.

In that case, we would be compelled to tell you that the creators were inspired by an actual Albuquerque-based attorney named Ron Bell. Around 2013, when the team started working on the spin-off show, Ron Bell’s mighty face graced the billboards and advertisements of Albuquerque. Production designer Robb Wilson King (famous for his work in ‘Rush Hour’ and ‘Rudy’) came on board to envision the strip-mall office of Saul. To do so, King took his research to another level as he set up a meeting with Ron Bell. Walking into Bell’s office, King had an impressionable first encounter.

King had the idea that Bell would be nothing less than a glamorous celebrity lawyer from the billboards, but he could not find Bell as he walked into the gigantic office. Afterward, he discovered Bell behind the massive desk resembling “an aircraft carrier,” and Bell was quite a tiny guy in person. The moment inspired King, drawing him closer to the inner clique of the character. Choosing the location for the exterior set was also challenging since the production team could not use a highbrow establishment that would ideally house law offices.

There was nothing ideal about the character, and King wanted to showcase another form of culture in the town. Therefore, they resorted to filming the scenes in a strip mall hidden behind a hill and cut off from the expressway. However, how would Saul get business from the shady enclave? This question led the crew to place the blow-up Statue of Liberty on the mall’s roof. Considering all the aspects, Saul Goodman has become a lasting figure in popular culture, with real-life legal scholars writing articles about him.