Is Boyz n the Hood a True Story? 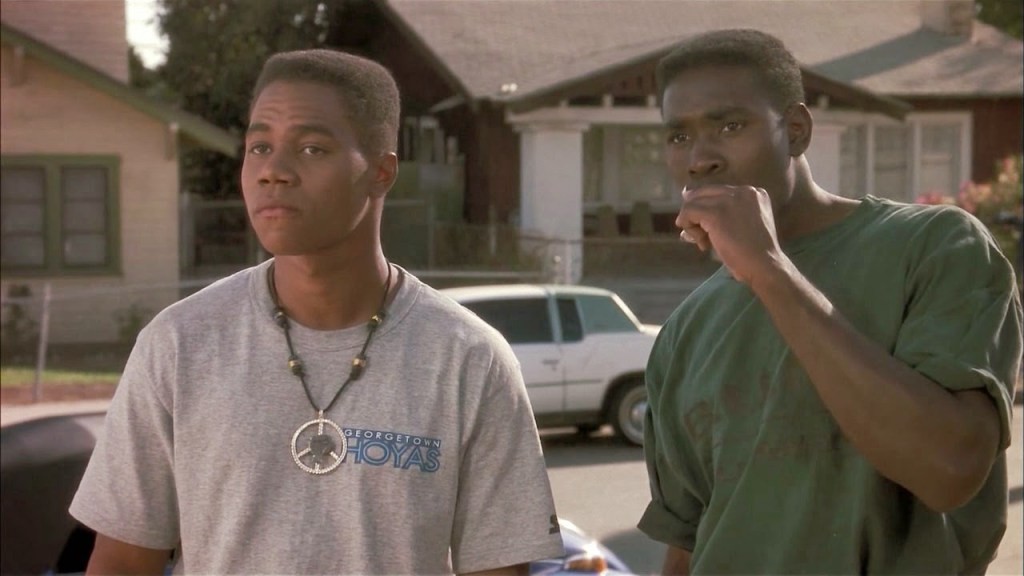 ‘Boyz n the Hood’ is a coming-of-age hood drama film that follows the story of three men who live in the neighborhood of Crenshaw, where gang violence is rampant. Tre Styles (Cuba Gooding Jr.) has been raised by his father, Furious Styles (Laurence Fishburne), to be a mature and considerate individual. He is friends with Ricky (Morris Chestnut) and Doughboy (Ice Cube), but in the aftermath of a gunshot, their lives are changed forever. So, if you’re interested in learning more about how the film came to be, then this article is for you!

Is Boyz n the Hood Based on a True Story?

No, ‘Boyz n the Hood’ is not based on a true story. However, it does seek inspiration from the many real-life experiences of the director, John Singleton. He was actually applying to film school at the University of Southern California when he came up with this idea, and what a script it came to be! Despite no experience as a director, Singleton went on to become the youngest nominee in Oscar history for writing and directing his debut!

Singleton said, “I was a smartass film student who thought he knew everything about movies. When it got green-lit is when I got scared.” Despite liking the script, the studio wanted someone else to shoot the piece. They also offered Singleton $100,000 for this. However, he did not want just anybody to direct the film, especially since he had somewhat of a personal connection to these stories and felt that others would not do it justice.

Talking about how relevant his upbringing was to the story, Singleton said, “It was only autobiographical in the sense that I went from living with my mother when I was wild and unruly at eleven or twelve years old to living with my father. And my two friends: one was kind of really heavy set–in real life we call him Fat Back, in the movie I call him Dough Boy — and then my other buddy who was named Jimmy was based on Ricky. So it was three of us, we went everywhere together, and we experienced a whole lot of shit–excuse me–from where we went up.”

“We saw the environment and the neighborhood change from the proliferation of cheap cocaine, crack cocaine, we saw the escalation of violence within other gangs and inter-gang stuff, and we were all intimately around people who were experiencing that. At the time it was like the wild-wild-west; danger is sexy when you’re young,” the director further explained. “But when you can reflect on it — and I started to reflect on it only when I went to USC — which is a few blocks away from where I grew up, just off the 204 RTD Bus, where I started having these PTSD moments where like I’m still living in my neighborhood, but I am living in my neighborhood.”

Even though this was his premiere project, Singleton learned to direct on set – “As it becomes more intense and comes on to the third act, the camera work is more and more fluid, because I’m getting better and better – and taking more chances.” The movie released when he was just 23-years-old, but following this, he went on to cement his legacy in the industry. Today, Singleton is remembered for his African American-centered movies that have cinematically highlighted the community’s culture.

Interestingly, Singleton was rejected for the position of a production assistant on Spike Lee’s iconic ‘Do The Right Thing.’ So, the then novice director decided to make his own movie. It is noteworthy that the script of his debut movie was actually read by the late John Hughes. Singleton stated, “Thing is, [Boyz N the Hood] is still a teenage thing. I grew up watching his teenage movies. The folks don’t look like me – but I infused the whole thing with teenage angst. This movie is still a very a teenage movie.”

Filming took place in South Central, which is not regarded as a very safe location. For this reason, the cast and crew members did face some challenges. There were regular threats and fistfights, and gang members even intimidated them with gun violence after an argument. Nia Long, who also features in the movie, said, “The set was about 10 blocks from my house. I could have walked, except that probably wouldn’t have been the safest thing to do.”

The acclaimed director employed this chaos to fuel the tension in the movie as well. In one such instance, he made use of spontaneous gunfire to capture the genuine reactions of the actors. Representation of the black community in mainstream movies and TV shows has increased manifolds since the release of ‘Boyz n the Hood.’ However, Singleton’s work is a testament to the phrase “art imitates life.”

The authenticity and relevance of the film is why the United States Library of Congress chose it for preservation in the National Film Registry in 2002. There is something to be said for the very realistic situations discussed in the film. However, it is imperative to note that the movie is not based on a specific true event. Rather, it is a collection of the many shared experiences of the black community.