Is Bridget Jones’s Diary Based on a Book or a True Story?

Directed by Sharon Maguire, ‘Bridget Jones’s Diary’ is a romantic comedy film that follows the life of Bridget Jones, a 32-year-old single woman who is worried about her appearance and is attracted to her boss Daniel Cleaver. While attending a New Year’s party at her parents’ house, she comes across Mark Darcy, a childhood acquaintance. Both clash horribly, prompting Mark to complain about her to his mother, which Bridget overhears.

Determined to break the mold Mark has cast her in, Bridget pledges to turn her life around and find someone to call a partner. However, life and love work in mysterious ways and lead Bridget on an unexpected journey. With compelling performances by the leading trio Renée Zellweger, Colin Firth, and Hugh Grant, the 2001 movie wormed its way into the heart of the viewers, with many stating their curiosity regarding its origins and speculating whether the film is based on a book or real-life events. Well, we are here to put your queries to bed.

No, ‘Bridget Jones’s Diary’ is not based on a true story. The movie is inspired by Helen Fielding’s eponymous 1996 novel that is written in the form of a personal diary. It details the events in the life of the diary’s owner, Bridget Jones, and how she feels about what is happening. Helen had first introduced the public to Bridget Jones through her columns in The Independent and The Daily Telegraph. The writer created the novel with the help of journalist Charles Leadbeater.

Literature fans may recognize the similarities between Helen’s book and Jane Austen’s classic novel ‘Pride and Prejudice.’ The 1813 novel did serve as an inspiration for ‘Bridget Jones’s Diary.’ The initial interaction and misunderstanding between Mark Darcy and Bridget Jones are pretty similar to how the first meeting between Mr. Fitzwilliam Darcy and Elizabeth Bennet takes place at a ball. The two male characters even share a last name, further emphasizing the connection between the two.

Daniel’s character is loosely based on George Wickham, though the differences between the two are more evident. Mark and Daniel are not only competitors for Bridget’s affection, but they also have a bitter history. This parallels the dynamic between Wickham and Mr. Darcy in the Austen novel, though the reasons behind why the two are on bad terms are quite different. This signifies that while the 2001 film is an adaptation of Helen’s 1996 novel, the book itself is a modern-day adaptation of ‘Pride and Prejudice.’

The film rights for Helen’s book were acquired by Working Title Films in 1997, long before the novel reached its peak popularity. As the book’s popularity kept increasing, the pressure to accurately bring Bridget Jones on-screen increased. The production team started with the casting process, and the selection of Renée Zellweger as the titular character did leave some people unhappy. The reason behind the discontent apparently was that Renée is an American while Bridget is British.

Sharon Maguire, who helmed the on-screen adaptation, is close friends with Helen Fielding and apparently served as the inspiration behind the character of Shazzer in the movie. However, her selection for the role of director was not solely because of her friendship. “[Sharon Maguire] an incredible take on the material and brought a truth to it, a comic truth. When you watch the film, you know from the beginning that it is true, and that’s the same element that you read in the book,” producer Jonathan Cavendish commented. 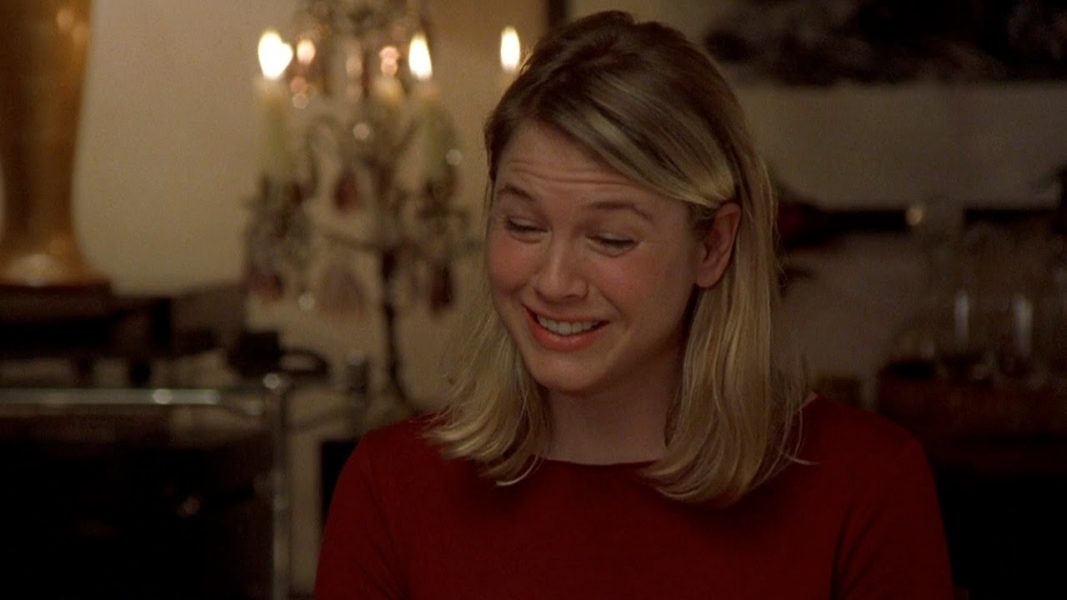 Cavendish further added, “The book is a successful piece of fiction because it is based upon people that we all know and recognize.” Interestingly, the titular character was conceived at a time when Sharon and her friends were in their early 30s, much like Bridget. “I knew the world so well because it’s mine,” the director said, echoing Cavendish’s sentiment. “We were having a really good time, going out partying, and we didn’t really want that to stop. At the same time, we were anxious about why we hadn’t settled down yet. Yet, we thought we shouldn’t be striving for male approval anyway because we’re feminists.”

Sharon recalled, “That contradiction was the thing Helen so brilliantly captured in Bridget Jones’s Diary. There are a lot of women out there who’ve got their careers, their independence – but they’re constantly thinking, ‘I just want to be in love. I just want a man…’ Maybe this was the devastating hunk I’d been waiting my whole life to meet.” Helen joined Richard Curtis and Andrew Davies in the writing of the screenplay. “I spent a lot of time working on drafts before the production got going and chipped in subsequently when I was asked to…,” Helen confessed.

The author added, “Quite a lot of my lines and jokes are in there, both from the book and various drafts. But writing a script is a very different job from writing a novel – much more so than I had realized. A novel is the end product, whereas a script will never reach an audience as itself – it’s more of a map. In a screenplay, every line has to work incredibly hard. You only have ninety minutes to engage the audience with the story.”

To reiterate, ‘Bridget Jones’s Diary’ is based on a book that is beloved by many. The modern-day retelling of the classic story in Helen’s novel is something the viewers have been appreciating since its release. The elements that make the Sharon Maguire directorial so entertaining are perhaps the same ones that helped its source material gain popularity. All in all, the strong and relatable fictional character of Bridget Jones largely provides a sense of realism to the film.

Read More: Is Pride and Prejudice Based on a True Story?