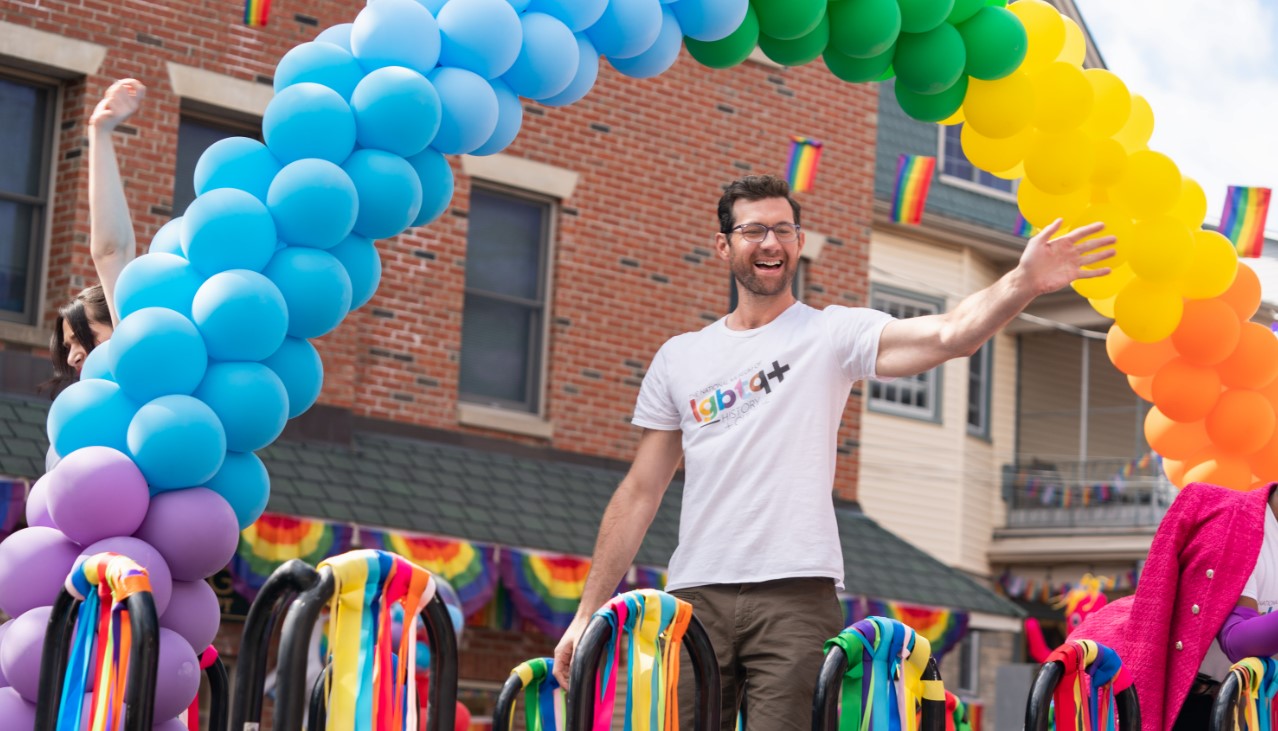 Directed by Nicholas Stoller, ‘Bros’ is a romantic comedy movie about Bobby Lieber,  an openly gay New York museum curator who doubts himself and his love life. For the new LGBTQ+ museum opening, he is asked to write a romantic comedy about a gay couple. While navigating his work and friend circles, Bobby meets Aaron, a handsome and “macho” lawyer, and falls for him, despite his earlier claims of not needing a romantic partner. However, the curator’s insecurities return with a vengeance and start haunting his relationship.

Starring Billy Eichner, Luke Macfarlane, and Harvey Fierstein, the movie provides a comedic yet relatable insight into the LGBTQ+ culture. Moreover, combined with a sweet love story, the community’s dynamics in the modern world easily captivate the viewers. Naturally, fans of the film are curious about the inspiration behind it. Is ‘Bros’ inspired by real-life events or simply a fictional tale? Well, we are here to answer the same!

Is Bros a True Story?

No, ‘Bros’ is not based on a true story. The movie was written by Billy Eichner and Nicholas Stoller, who started working on the project in 2017. While the situation presented in the film is not based on real-life events, the personality and emotions of several characters are indeed inspired by personal experiences. It all started when Stoller approached Eichner and asked if the latter would be interested in writing and acting in a gay romantic comedy. 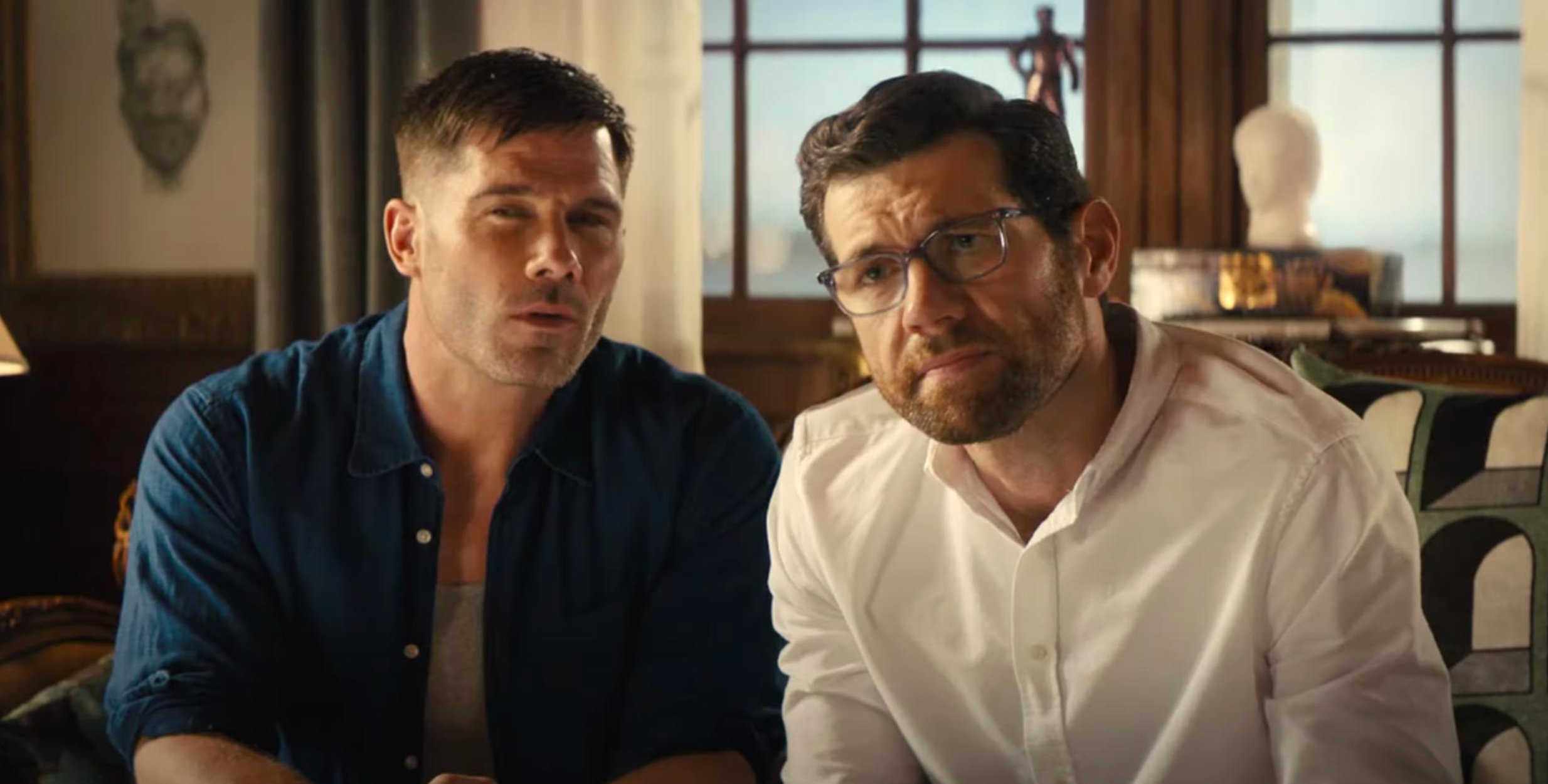 According to the latter, Stoller stumbled upon the idea during the screening of Netflix’s ‘Friends from College,’ which he had helped create and Eichner stars in. When Stoller approached Eichner between the two seasons of the Netflix series, the latter immediately said yes, despite having no writing experience or pre-meditated story. “Once I started, I realized I had so much to say,” he told Time. As the writing process continued, the duo would discuss the ideas and utilize their fields of expertise.

Till then, Stoller had some impressive writing credits under his belt, and Eichner had been an open and sexually active gay man for over two decades. Despite the several pop-culture references and the political issues addressed in the movie, the filmmakers’ main goal was to make ‘Bros’ a true romantic comedy. Some of their inspirations include the iconic movies ‘Moonstruck’ and ‘Annie Hall.’ More than anything, the drive to remain authentic to the gay culture made the movie what it is.

One of the film’s most moving yet critical scenes is the monologue that Eichner delivers as Bobby Lieber about the idea of “love is love.” The words came from Eichner’s mind and reflected his thought process; still, he had doubts about saying them out loud. “I’ve been conditioned to think that if I’m too honest about my life in my work that it won’t be accessible, that no one will buy it, that no one will see it, that straight people won’t want to watch it,” he confessed. 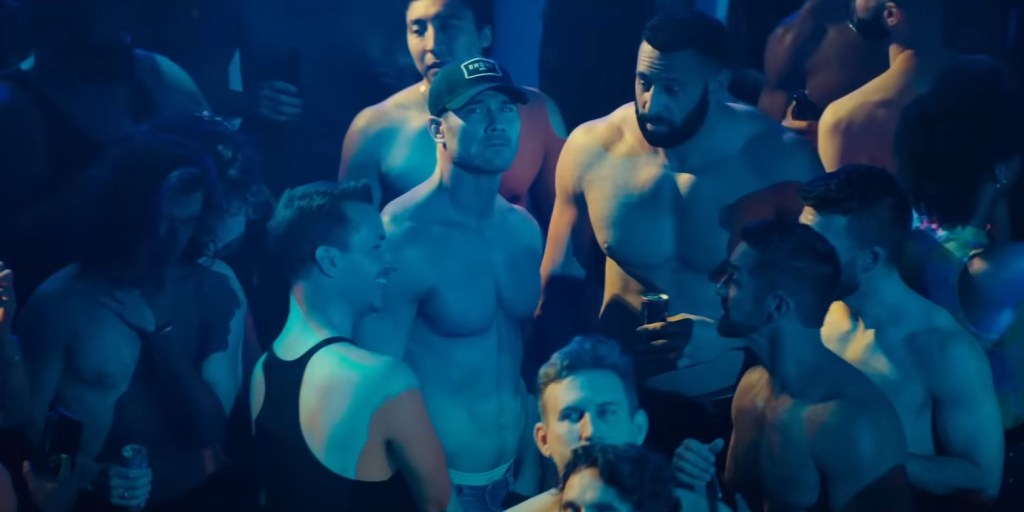 Though the monologue takes inspiration from several key moments in the actor’s life, he was afraid that Universal Studios would not be happy with it. Surprisingly, the scene apparently ended up being one of their favorites. Most of the issues addressed in the movie are based on Eichner’s struggles and experiences.

Hence, the artist was uncomfortable addressing topics about people of color. “I am smart enough to know that, while there might be some overlap in terms of those issues between white gay men and men of color, I didn’t think anyone wanted my take,” the actor further elaborated.

Nevertheless, one can argue that the diverse cast of almost all LGBTQ+ people in the movie makes up much for it. “We’re doing the first gay rom-com ever made by a major studio, and most of the characters in it are LGBTQ — there are some straight characters as well,” Eichner shared with The Hollywood Reporter. “I want to give other openly LGBTQ actors these opportunities. It’s a really funny movie — and it’s consistently funny, but something else is happening in it that I didn’t even expect or think about.”

Though the story depicted in the movie is purely fictional, it is easy to see how the real-life experiences of the minds behind the film helped shape it. Eichner’s journey has perhaps been one of the primary motivations for the struggles and topics addressed in the film. In other words, while the movie is not a real tale, the idea behind it is indeed firmly rooted in reality.