Is Call My Agent! a True Story?

‘Call My Agent!’ is a French drama that merges showbiz with passion and creates a story that is highly engaging. The show revolves around a group of ASK (Agence Samuel Kerr) agents struggling to meet success after the untimely death of the studio founder, who succumbs to an incident involving wasps during a trip to Brazil. As a result, the actors are on edge, threatening to leave the agency, and it’s up to the four agents- Andrea (Camille Cottin), Mathias (Thibault de Montalembert), Gabriel (Grégory Montel), and Arlette (Liliane Rovère) to save the business from drowning.

They juggle between their own obsessive personal interests and responsibilities at work, and the result is a show that delights audiences with its comedy and sharp dialogues. The compelling story featuring so many A-listers indeed has some appeal to it, which is why we decided to look deeper into its origin to know whether it has real-life tangibility. Is ‘Call My Agent’ based on a true story? Let’s find out.

Is Call My Agent! Based on a True Story?

No, ’Call My Agent!’ is not based on a true story. The idea for the show was entirely developed and honed by co-creator Dominique Besnehard. He spent his career as an actor and director along with two decades of experience as the most well-known agent in France. He has worked with prominent actors like Jacques Doillon and other names that occasionally creep up in ‘Call My Agent!’s guest list. Every episode of the show introduces a famous person who gets comically roasted within its runtime of 60 minutes. 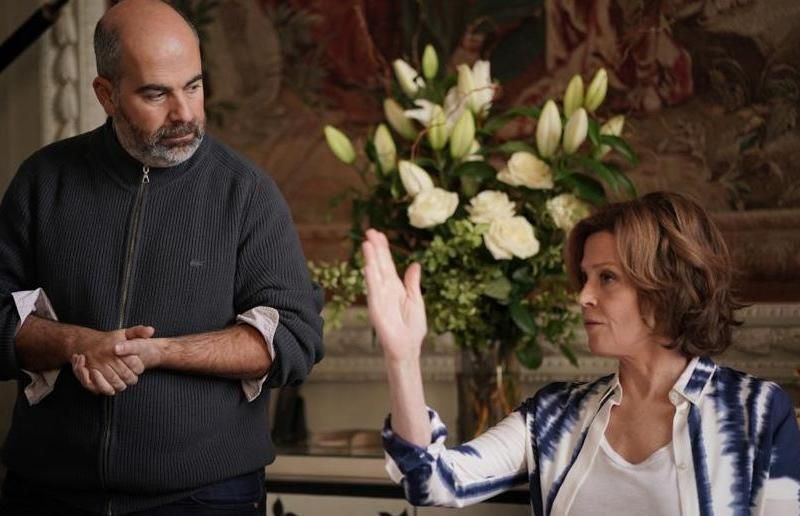 Actors featured in the show have previously worked with Besnehard, which tells us that many of the storylines comprise his past experiences. He also frequently reiterates this fact in front of the media. The French title of the show, ‘Dix pour cent’, actually refers to the agents’ 10% share of the money actors make through movies and other consignments. Likewise, the show has a remarkable record of popular French actors that have portrayed themselves, flared up occasionally with jocular backstories and first world problems characteristic of celebrities. This provides a realistic angle to the otherwise light-hearted comedy-drama.

The first season features Nathalie Baye, and the second has Isabelle Adjani and Juliette Binoche (in a Cannes backdrop). The third season exponentially increases the glamor quotient with Jean Dujardin, Monica Bellucci, Beatrice Dalle, and Isabelle Huppert. The fourth season, too, maintains its celebrity quota with the likes of Sigourney Weaver, Jose Garcia, and Franck Dubosc.

The Cannes-specific episode at the end of season two, which features Juliette Binoche, is based on Sophie Marceau’s iconic Palme d’Or presentation speech in 1999, where she was criticized for her somewhat controversial declarations surrounding Cannes, sick children, and war. Besnehard was an active spectator of the incident since Marceau was his client at the time. Besnehard, in an interview, also expressed his desire to welcome Jane Fonda for an episode of the show. He wanted to recreate his experiences with Jeanne Moreau, who yelled at him in Canada.

He was representing Moreau at that time, and the duo was traveling to Quebec for a shoot. They entered the immigration center, where the officer let out a shriek of surprise, saying, “Mais Jeanne Moreau, you’re still alive!” Besnehard was deemed responsible for this incident. The ex-agent revealed the incident when he talked about his show and the underlying instances that substantiated the story. Hence, ‘Call My Agent!’ is not based on one true story but several anecdotes that have been a part of Besnehard’s time in the entertainment industry.

Read More: Where Was Call My Agent Filmed?