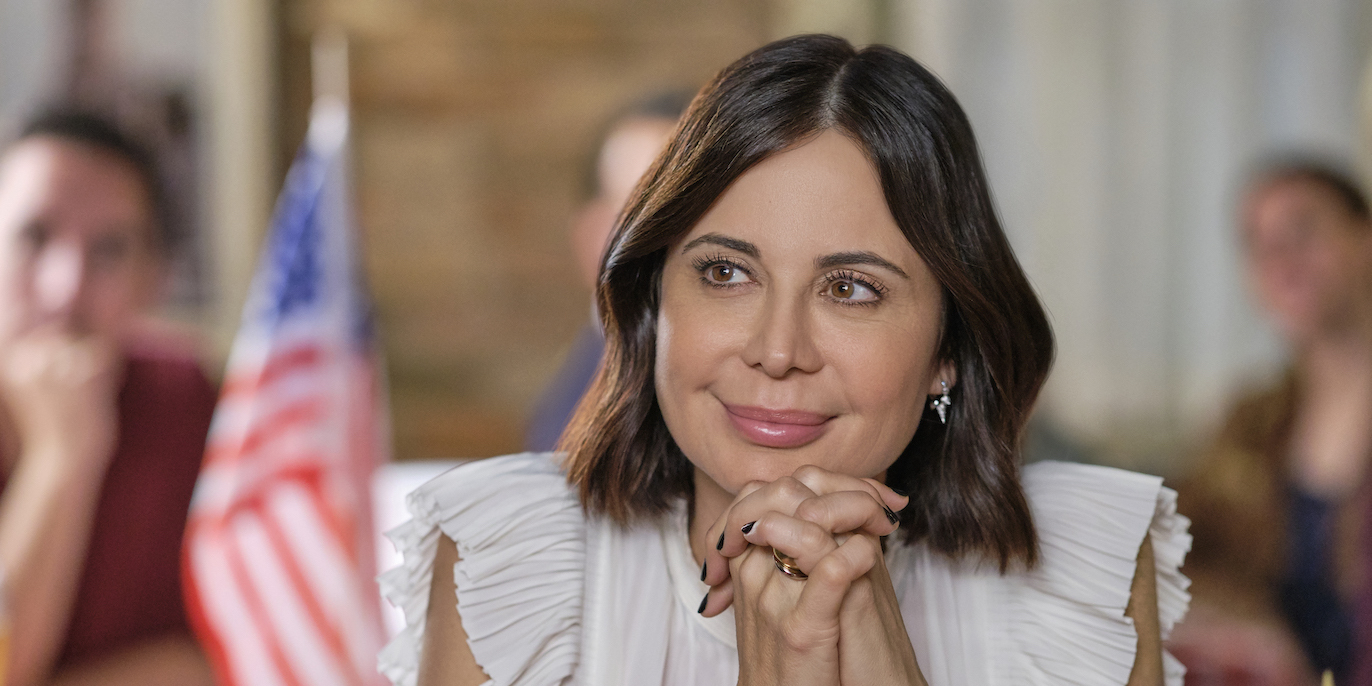 ‘Good Witch’ is one of the highest-rated TV shows on the Hallmark Channel. The fantasy television show is based on the eponymous film series. It follows Cassie and her daughter Grace who live in the fictional town of Middleton. The mother-daughter duo shares exceptional magical abilities that include enchanted insight and intuition. Catherine Bell portrays the central character Cassandra Nightingale AKA Cassie, who is newly widowed at the beginning of the series. In the third episode of season 7, Cassie and her friends look back fondly at Cassie’s baby shower when she was expecting Grace. However, some fans got curious to know if the actress is pregnant too. So, we are here to put those doubts to rest!

No, Catherine Bell is not pregnant. The actress has two children, daughter Gemma and a younger son, Ronan, with her ex-husband Adam Beason. Bell met the screenwriter on the set of the film ‘Death Become Her’ in 1992. He was working as a production assistant, and she was the body double for Isabella Rossellini. Bell and Beason eventually got married in 1994 but went their separate ways in 2011. After many speculations about her romantic life, the actress decided to keep her private life under wraps.

Catherine Bell’s daughter Gemma was born in April 2003, and her son Ronan was born in August 2010. After that, the 52-year-old actress has not had any more children. However, it is no secret that she developed a close bond with the actress Bailee Madison, who portrays her daughter Grace in the Hallmark series. Bell admitted that she felt like a second mother to Madison. The ‘JAG’ actress greets her on Mother’s Day as well as her birthday.

In 2010, while Bell was pregnant with her son, she shared her family’s experience of welcoming another child. She admitted that she and her then-husband Beason had been trying for a second child, and Gemma also wanted a younger sister. When the former couple revealed to their daughter that they were going to have a baby boy, Gemma was extremely upset at first but got over it within minutes. Bell shared that throughout her pregnancy, Gemma was very considerate and loving. She would even talk to her belly and put aside toys for her unborn brother.

Catherine Bell also discussed how her experiences of the two pregnancies were so different from one another. The actress was in her thirties when she conceived Gemma. She said that she did not even feel pregnant and was comfortable working long hours, but this was not the case the second time around. When she was expecting Ronan, the actress was already in her forties. She remembered being nauseous and very exhausted. Gemma and Ronan are all grown up now. Gemma even models for Bell’s jewelry line, and Ronan is into parkouring and biking. Bell loves traveling with her kids and enjoys adventurous activities with them.