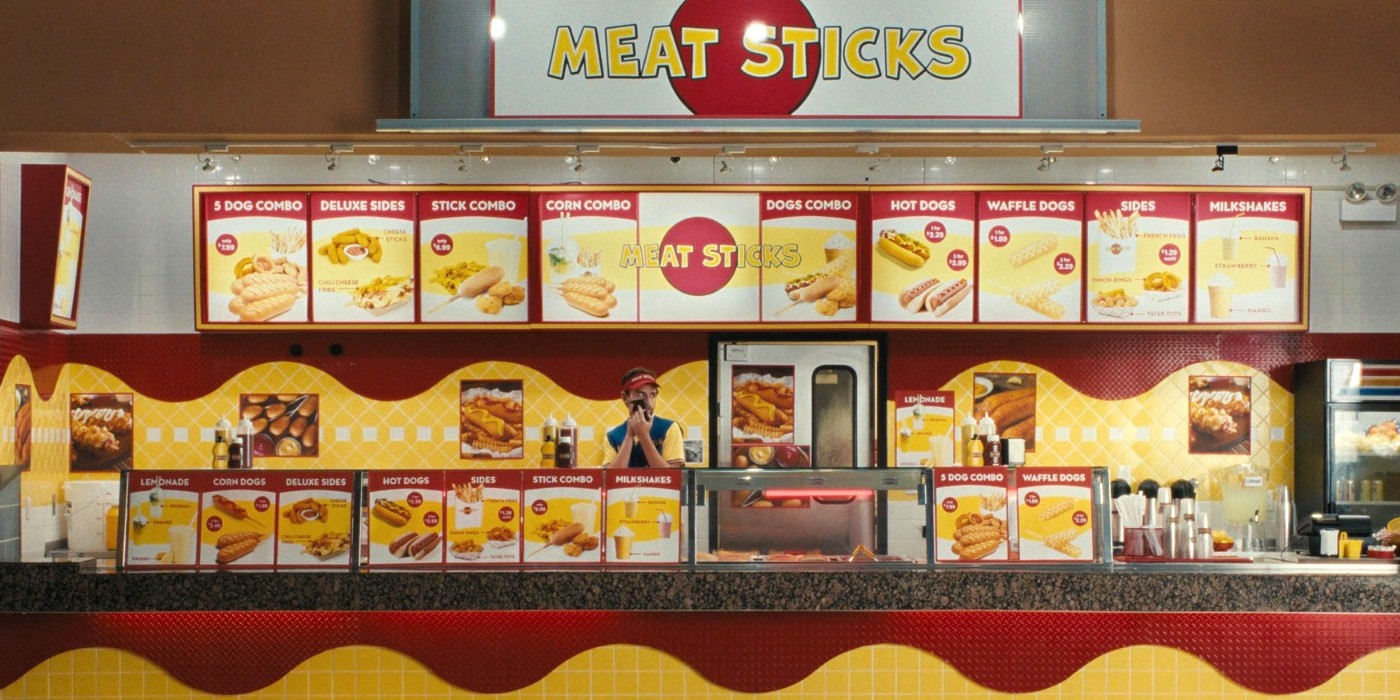 ‘Cha Cha Real Smooth’ is a heartfelt coming-of-age story about Andrew, a young college grad who is slowly understanding himself and the realities of adulthood. Andrew forms a bond with Domino (Dakota Johnson) and her autistic daughter, Lola (Vanessa Burghardt), giving his life a new meaning. The comedy-drama film directed by Cooper Raiff sees Andrew’s charming personality earn him the job of a bar mitzvah party host.

While Andrew revels in his job as a “party starter,” he continues to work at a mall food court outlet known as Meat Sticks. If you watched the movie and grew curious about Meat Sticks, you must be wondering whether it is a real fast-food place. In that case, allow us to share everything we know in that regard! SPOILERS AHEAD!

In ‘Cha Cha Real Smooth,’ Andrew graduates from college and has little idea about what he wants to do in life. While his friends are moving out and onto bigger things in life, Andrew has almost no good prospects at hand. He moves in with his mother and step-father and takes up a job at a mall food court. The food outlet that Andrew works at is called Meat Sticks. As the name suggests, the place is a fast-food joint that serves food items on a stick. The extensive menu also features some other food items and beverages that are popular among youngsters. However, Meat Sticks typically does not attract a lot of crowds as Andrew is often seen hanging out behind the counter by himself. 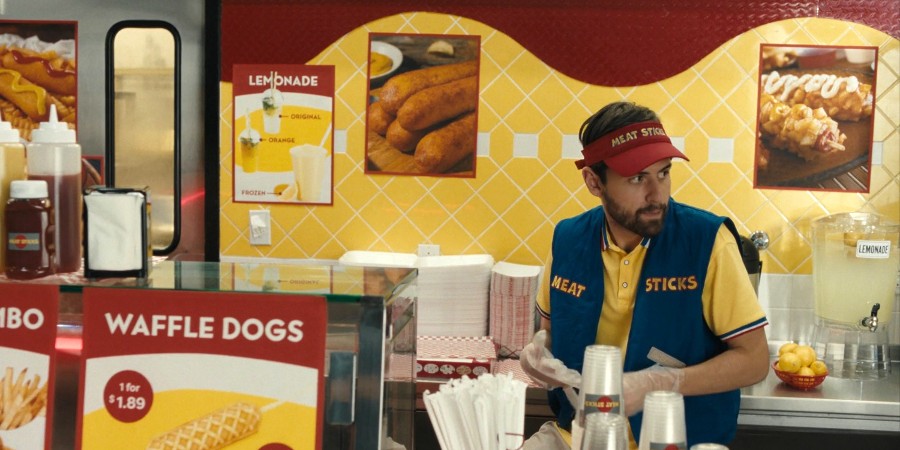 Meat Sticks is a fictional food joint and does not appear to have any real-life counterpart. However, there are several fast-food chains, such as McDonald’s, Burger King, Subway, and Taco Bell, among others. The color scheme of the Meat Sticks logo and the outlet itself is reminiscent of McDonald’s. Both the real and fictional fast-food joints boast red, yellow, and white in their logos, crew uniforms, and outlets. Therefore, it is safe to say that McDonald’s served as a visual reference for the film’s fictional food joint.

The fast-food outlets that Meat Sticks emulates typically follow a standardized procedure for their functioning. On the other hand, Andrew is a creative, smart, and vibrant young man who is searching for an ecosystem where he can thrive as an adult. Therefore, Andrew’s frustrations over his job at Meat Sticks are understandable. Ultimately, Meat Sticks from ‘Cha Cha Real Smooth’ is a fictional fast-food place that plays a small but significant role in Andrew’s character arc.