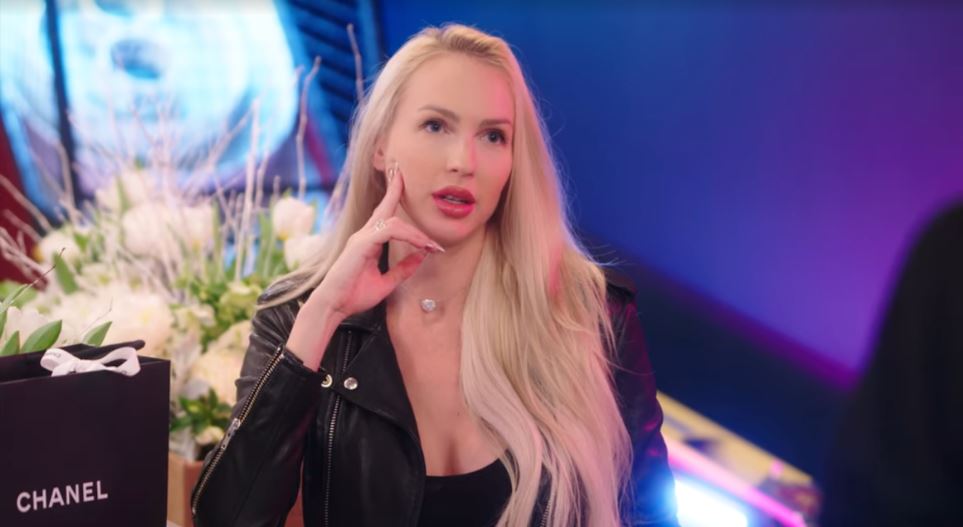 Netflix’s ‘Selling Sunset‘ just premiered its third season, and we’ll be honest, in some aspects, it left us with more questions than answers – with the main one being, is Christine Quinn pregnant? Her over-the-top gothic winter wonderland wedding has been making headlines for a while now, and why shouldn’t it? The venue, the decor, and her dress were all absolutely perfect, which was not surprising considering how much she had planned for her big day. But, it was the way she talked about the last-minute wedding issues and fumbles that left us begging to know more.

During the last episode of the season, Christine had Heather Rae Young and Davina Potratz over to her house for a gossip session, during which, she revealed that her dress didn’t fit her, which was strange considering that her body rarely ever changed. “Like my boobs are f–king huge, and they’re having to like, alter and change everything,” she said. This statement just prompted Heather to ask a simple question: “Are you pregnant?” Christine denied any possibilities of it, but the topic was far from over.

Since she had given a very nervous smile while saying no, Davina and Heather started pestering her more. They pointed out how she had been feeling nauseous and unwell for days, and that her throwing up could be a sign of pregnancy. Davina even went as far as to say “she’s in denial.” But, alas, Christine being Christine managed to change the topic completely, leaving us hanging about whether or not the discussion was really just a shenanigan or the indication of something else entirely.

Well, now, we can honestly say that Christine is not pregnant. The topic of conversation was completely in jest and had no seriousness behind it at all. Probably her body underwent a little change because of the stress of the wedding or some underlying health issues, but she was, and is not pregnant, at least, not as far as we know. If she were, she would have been about 8 months into it by now, and would, of course, have a belly, which she doesn’t.

Christine has been doing promos and shoots for the third season, and she has also been modeling for various brands, none of which show her with even a hint of a belly. In fact, a couple of days ago, she posted on her Instagram story that she was going to do a swimsuit shoot with Gucci, which, again, would not have been possible if she were eight months pregnant. Even her most recent post, where she uploaded images of her getting surprised by her hubby for the release of ‘Selling Sunset’ Season 3 proves that.

The more important news, though, is that Christine is not at all happy with how her million-dollar wedding was shown on the season. Of course, Chrishell and her divorce were important, so it became the focus of most of the back half of the season, but even Christine’s wedding ended up taking a punch because of it. “I was so upset,” she told Refinery29. “I skipped to my wedding and I was extremely disappointed in the lackluster interpretation of what my wedding was. I was sad and crying. I felt horrible.”