Directed by Renny Harlin, ‘Cleaner’ is a thriller movie that revolves around Tom Cutler (Samuel L. Jackson), a former police officer. He has a teenage daughter named Rose who witnessed the death of her mother at the age of six. After retiring from the force, Tom established a crime scene cleaning service. One day, he is tasked with cleaning up a crime scene in a wealthy home. He is told that the house will be empty and he should retrieve the key from under the plot. With his own cleaning mixture, Tom swipes the scene clean and catalogs the details.

However, the next day he realizes that he still has the key and goes back to the house to return it. The homeowner, Ann Norcut (Eva Mendes), has no idea about the clean-up job, which scares Tom. He makes up his excuses, stashes the evidence, and then contacts his former partner Eddie Lorenzo (Ed Harris) to track down the culprit while avoiding suspicion. The movie is quite engaging with its suspenseful storyline that keeps the viewers on the edge of their seats. We are sure you are wondering how close the film is to reality. Well, we have got your back!

Is Cleaner a True Story?

No, ‘Cleaner’ is not based on a true story. The writing for this thrilling crime movie can be credited to Matthew Aldrich. The writer has been a part of well-known movies like ‘Coco‘ and ‘Spinning Man.’ Director Renny Harlin used the movie as an opportunity to branch out from his usual genres of action and horror. Before the Samuel L. Jackson-starrer, he had helmed films like ‘Die Hard 2’ and ‘The Covenant.’ 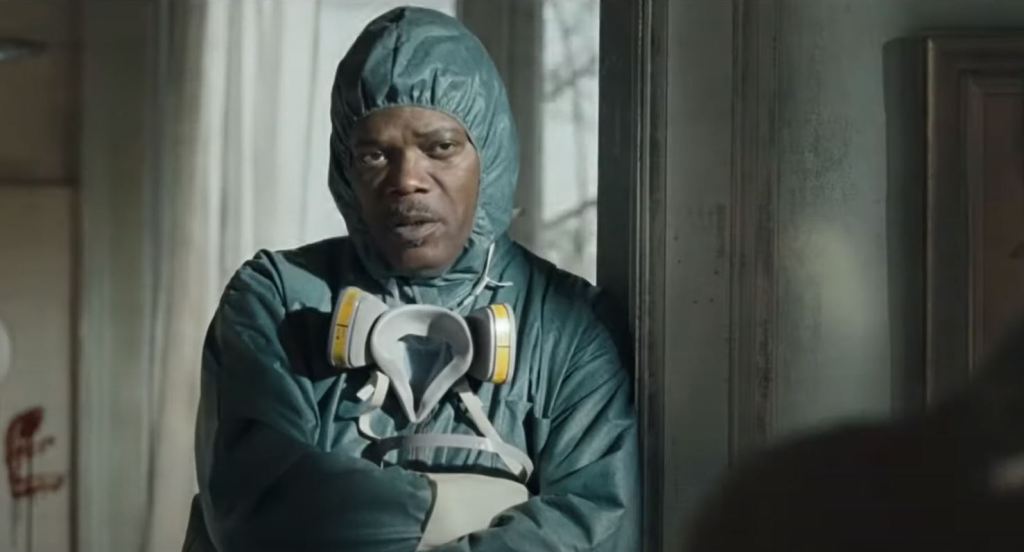 The themes within the movie are a mixture of cliches and unexpected twists. Ann’s lover murders John because she had to abort their child under pressure. Instances of a jilted lover murdering their partner’s spouse are not new and can be traced to reality. Multiple cases of a jealous or angry lover becoming a killer for their partner have come across the country’s judicial system. These cases may have inspired the creative team behind the movie ‘Cleaner.’

Take the murder case of Theodore “Ted” Ammon, who was found dead in October of 2001. Daniel Pelosi bludgeoned the millionaire to death while Ted was asleep in his mansion worth $10 million. Pelosi was involved in an affair with Ted’s wife, Generosa Ammon. After her husband’s death, Generosa inherited his estate despite the ongoing divorce proceedings and married her lover three months later. However, Generosa passed away in 2003 due to cancer.

The prosecution claimed that Pelosi was enraged by the divorce terms, as Generosa stood to gain only $25 million out of an estimated several hundred million dollars estate. New York Post writer Kieran Crowley wrote a book about the case titled ‘Almost Paradise: The East Hampton Murder of Ted Ammon.’ In the book, Kieran mentioned that Pelosi’s brother James, an NYPD police officer, accidentally played a part in the murder by unwittingly agreeing to dispose of Daniel Pelosi’s stun gun. When James is told about the stun-gun burns on the victim’s body, he confronts his brother about the same.

While ‘Cleaner’ is not a true story, the movie clearly draws inspiration from real-life events that are, sadly, quite common within society. In their haste to cover up their actions, criminals end up using those close to them, implicating them without their consent. The writer and the director have truly done a marvelous job in portraying these well-known themes with twists and elements that are not often seen in such movies.

Read More: Cleaner Ending, Explained: Who Is the Killer?