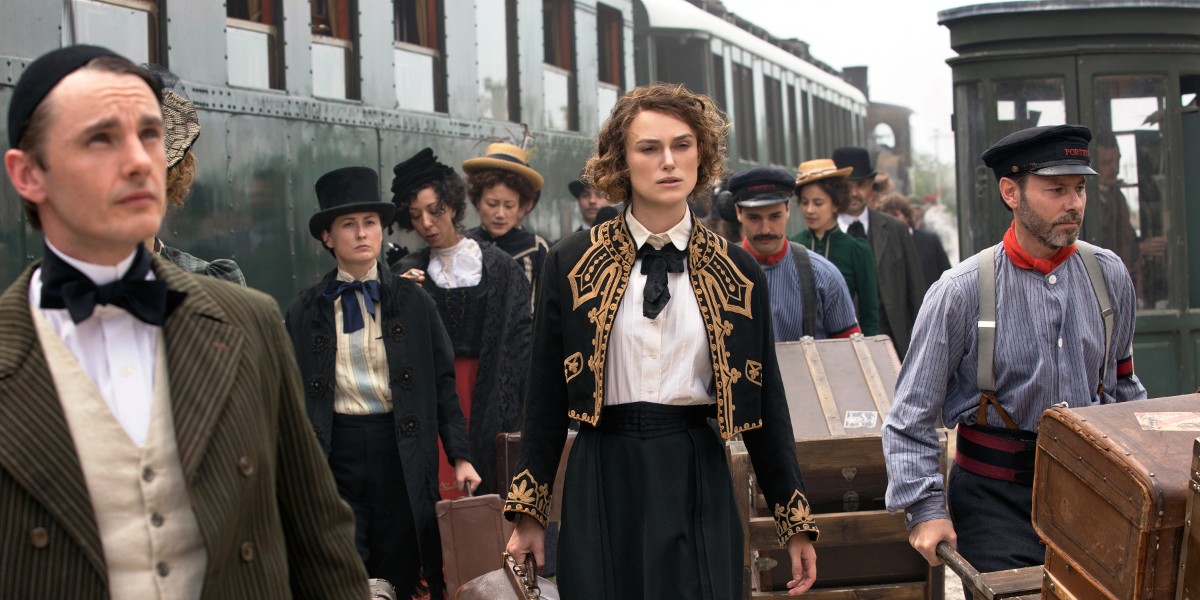 ‘Colette’ is a 2018 drama film directed by Wash Westmoreland, starring Keira Knightley as Gabrielle Colette, a young housewife with a flair for writing. After her husband discovers her talent, he forces her to write books and publishes them under his name. However, Colette soon becomes dissatisfied with the situation and decides to fight for the credit and fame she deserves.

The French writer’s captivating and emotionally engaging tale is set in the 20th century and makes numerous cultural and historical references. Moreover, it deals with the themes of female empowerment, making the narrative rooted in reality. Now, if you are wondering whether ‘Colette’ is based on an actual person, here is everything we have gathered about the inspiration behind the movie. Let’s dive in!

Is Colette a True Story?

Yes, ‘Colette’ is based on a true story. The movie is a biopic about the life of Sidonie-Gabrielle Colette, a French author, actress, and journalist. She was born on January 28, 1873, in Saint-Sauveur-en-Puisaye, a small commune in Yonne, France, to Jules-Joseph Colette and his wife, Adèle Eugénie Sidonie. In 1893, Colette married Henry Gauthier-Villars, a well-known author who used the pen name “Willy” to publish his books.

Initially, Colette penned four novels in the ‘Claudine’ series, published under her husband’s name. The couple were reportedly in an open marriage and found themselves in an affair with the same woman. Eventually, Colette decided to claim authorship of her work and started publishing books under her name. Furthermore, she and Willy separated in 1906, and their divorce was finalized in 1910. In her later years, Colette published novels such as ‘Gigi’ and ‘La Vagabonde’ which garnered her worldwide success.

In 1912, Colette married Henry de Jouvenel, the editor of the French newspaper ‘Le Matin,’ and the couple had one daughter. After they separated in 1924, she married Maurice Goudeket, and they remained together until the author’s death on August 3, 1954, at age 81. Albeit the movie focuses on Colette’s early life and youth- the main story revolves around her marriage to Willy and their separation. This leads to her journey of discovering herself as an author and a woman who challenges the norms and customs women must follow in the 19th century.

In an interview with Entertainment Weekly, director Wash Westmoreland revealed what attracted him to creating a biopic about the famous French author. He and Richard Glatzer started work on a screenplay in 2001, attempting to adapt her life for the screen. Although, it took nearly seventeen years for the project to come to fruition. Westmoreland stated that Colette was trapped in a marriage, did not receive credit for her work, but still lived a grand life. The director found the author’s ability to live life fearlessly enticing and decided to make a biographical film about her.

In the same 2018 interview, Westmoreland explained the creative decision to focus only on Colette’s early youth and first marriage in the film. “This is about her formation as an artist and her transgressive sort of explorations of sexuality in the public eye. The story of this woman whose voice is not being heard because this giant male ego (is) squashing her down, and she has to struggle to get out. That is a great kernel for the story,” Westmoreland stated. He added that while the film takes some artistic license in portraying Colette’s life on the screen, his team stuck to facts as much as possible.

The director explained that the movie dramatizes actual events in the same fashion as Colette used her life experiences and fictionalized them in her novels. Therefore, it is evident that ‘Colette’ is a faithful depiction of the French author’s life and remains true to her spirit. It captures the real-life figure’s struggles and progressive ideas in a conservative society. In addition, the movie depicts the incidents that shape the person whose works continue to inspire women across the globe, making it safe to say that it is a true story.