Is Cry Macho Based on a True Story? 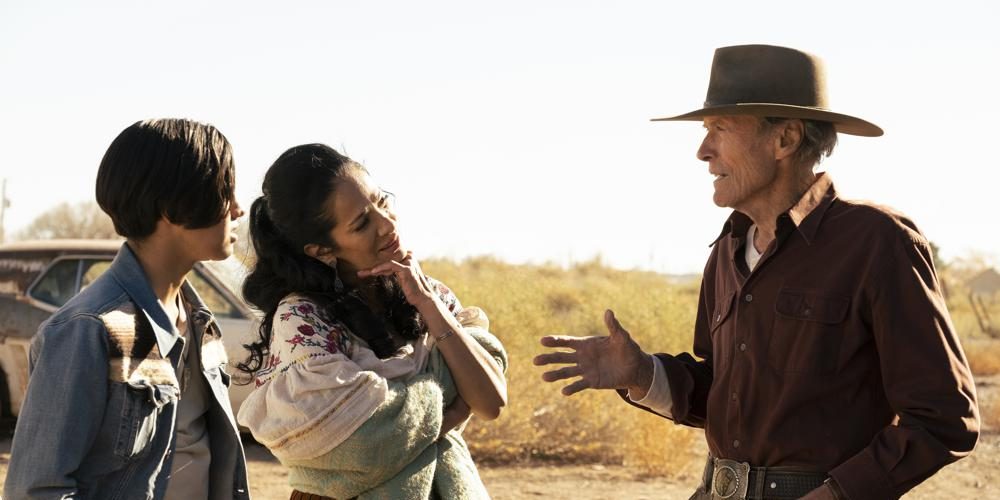 ‘Cry Macho’ is a neo-Western drama film directed by acclaimed filmmaker Clint Eastwood. The celebrated actor — who made a name for himself as the star of many hit Western films — returns to his roots and stars in the lead role as well. The movie tells the story of Mike Milo, a former rodeo star who is hired for the dangerous mission of retrieving his ex-boss’ son, Rafo, from Mexico.

The movie has received mixed critical reception, with praise directed towards Eastwood’s filmmaking abilities and screen presence. It explores the uncanny relationship between a weary Milo and an impressionable Rafo and highlights the importance of having strong morals. If you watched ‘Cry Macho’ and found yourself wondering whether the movie is inspired by real events, here’s everything you need to know!

Is Cry Macho Based on a True Story?

No, ‘Cry Macho’ is not based on a true story. The film is an adaptation of N. Richard Nash’s novel of the same name. The book was first published in 1975, and numerous attempts to make a cinematic adaptation were made before Eastwood’s version materialized. Nash had moved to Hollywood in the 1950s to write the screenplay for ‘The Rainmaker’ based on the stage play of the same name that he had penned. After Nash’s 1972 Broadway play ‘Echoes’ flopped, he devised the story for ‘Cry Macho.’ The story was initially conceived as a screenplay, but Nash struggled to sell it to a studio. He later adapted it into a novel of the same name, which garnered high critical praise.

“I had a screenplay called Macho that no one wanted. It occurred to me to do a quick novelization. I got a $10,000 advance and completed it as Cry Macho in two weeks,” Nash said in an interview with Orlando Sentinel. He further revealed that studios that had initially rejected the story fought to buy the rights for the book, and he then sold the exact same screenplay that had been rejected. Nash is credited as a writer on the film adaptation that suggests Eastwood kept some aspects of the author’s original screenplay intact. In fact, it is possible that the popularity of Western movies in the 1970s is what inspired Nash to write ‘Cry Macho’ in the first place.

Eastwood was offered the chance to play the lead role almost 40 years ago but rejected the part, feeling he was too young for it at the time. Over the years, the story stuck with Eastwood, who decided he was the right age for the part and also opted to direct it. Eleven real roosters play the role of Macho, the titular rooster, while Eastwood’s history with Western films makes his performance as the weary ex-rodeo star believable.

Ultimately, ‘Cry Macho’ is a work of fiction whose journey from page to screen is as fascinating as its narrative. The movie features many elements of classic Western films but has an emotional subtext that makes it relatable. It is refreshing to watch Eastwood step back into familiar territory and deliver an emotionally raw story that strongly impacts the viewers.