Is Cyrano Based on a True Story? 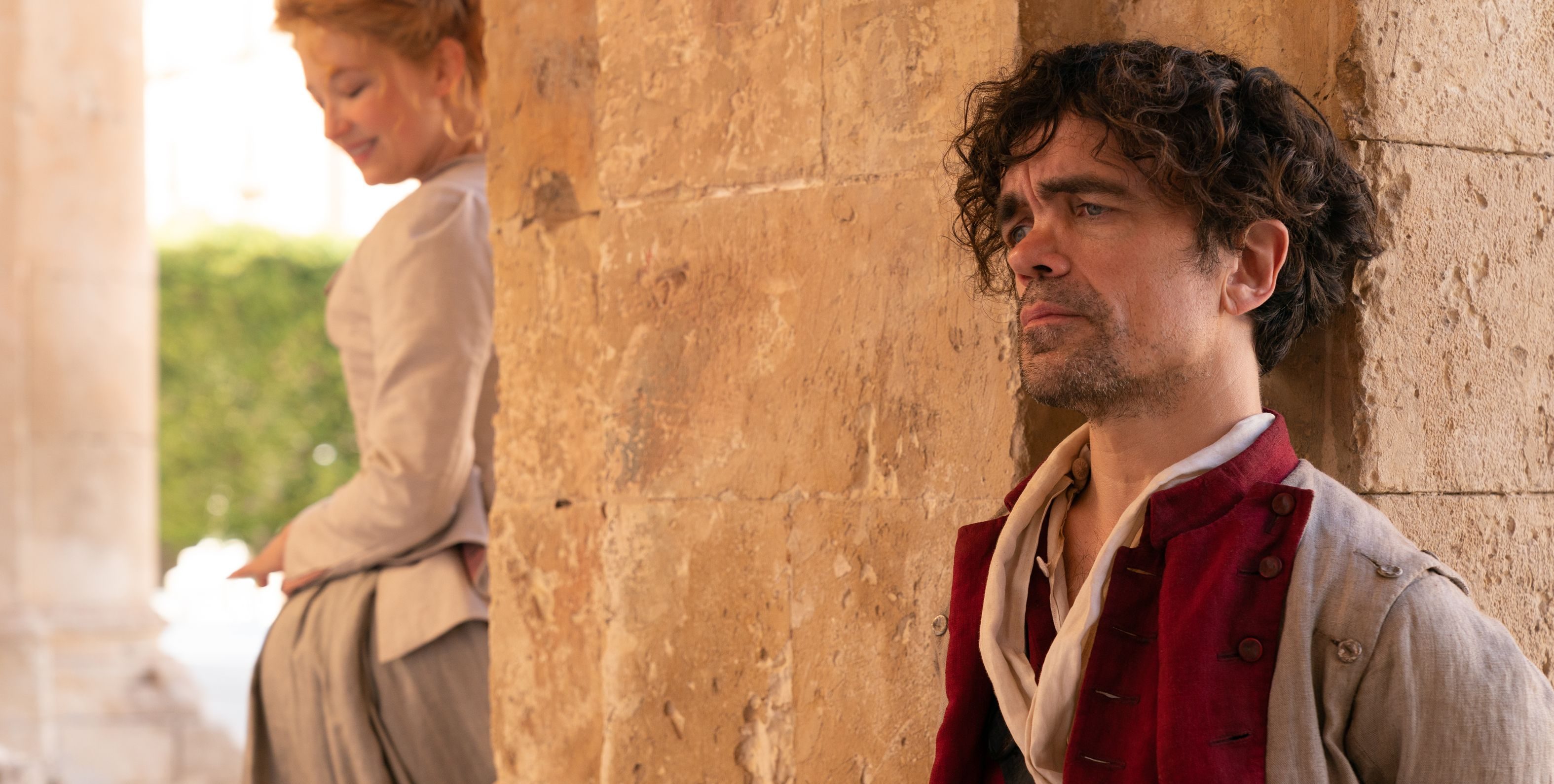 Directed by Joe Wright, ‘Cyrano’ is a musical romantic period drama movie. It follows the titular French nobleman who is highly conscious of his physical appearance and social status. This hinders him from winning the affections of the beautiful Roxanne, who eventually falls in love with another man called Christian de Neuvillette. Even though Cyrano is irrevocably in love with Roxanne, he sadly accepts that he would never be able to be with her. Thus, he decides to help Christian woo her by helping him with his brilliant poetic skills.

‘Cyrano’ is a melancholic tale of love and loss, set against a gorgeous backdrop decorated with the poetic nature of heartbreak. The natural performances of the cast members and the relatable situation of the protagonist make the audience wonder whether the movie depicts a true story and person. If you are curious to know that as well, we’ve got you covered. Let’s dive in!

Is Cyrano a True Story?

Yes, ‘Cyrano’ is partially based on a true story. It is adapted from Erica Schmidt’s eponymous 2018 stage musical, which in turn is based on ‘Cyrano de Bergerac,’ an 1897 play by Edmond Rostand. It loosely depicts the life and works of Savinien de Cyrano de Bergerac, who was a French novelist, playwright, and duelist in the 1600s. He prominently contributed to libertine literature and was known for his unconventional ideas.

A majority of Savinien’s life is shrouded in mystery, due to a lack of proper documentation and verification of facts. The majority of what is authentically known of him is derived from the preface of his book named ‘Comical History of the States and Empires of the Moon,’ which was published in 1657, almost two years after his death. The preface was written by his friend Henri Le Bret, and detailed Savinien’s country childhood and schooling, military career, injuries, and the causes of his death.

Savinien was born around March 6, 1619, in Paris, to Abel I de Cyrano and Espérance Bellanger, both of whom belonged to the nobility. He was schooled in the neighborhood parish by a country priest, in his father’s lands situated in Mauvières and Bergerac. Later, he moved to Paris where he apparently studied at College de Dormans-Beauvais under master Jean Grangier. Since his early days, he had a thirst for knowledge and a non-conformist nature, due to which he became acquainted with the Libertins.

At the age of nineteen, Savinien joined a corps of the guards, where he gained notoriety as an avid duelist. From 1639 to 1640, he served in the army and fought at the Siege of Arras in the latter year. During the siege, he suffered a neck wound from a sword by the Spanish army, and eventually retired from the army. He then proceeded to Paris to pursue literature. He was often linked to poet and musician Charles Coypeau d’Assoucy, and they were rumored to be in a romantic relationship, as per the book ‘Cyrano: The Life and Legend of Cyrano de Bergerac.’ However, in 1653, they became rivals and wrote a series of satirical texts against each other.

Savinien worked with several intellectuals like Théophile de Viau and Pierre Gassendi and went on to write several plays and literary and political pieces in the orthodox classical mode. His most notable works include ‘Le Pédant joué'(1654), and the novels ‘Comical History of the States and Empires of the Moon’ (1657) and ‘The States and Empires of the Sun’ (1662), both of which were published posthumously after his death. The last two are considered classics in the genres of modern science fiction, mixing elements of romance and science which have inspired several legendary writers like Edgar Allan Poe and Voltaire.

Savinien died at the young age of 36 on July 28, 1655, in Sannois, sparking several theories surrounding his untimely demise. While Rostand’s play depicts that he died from an injury resulting from a fallen wooden beam at his patron Duc D’Arpajon’s house, academic Madeleine Alcover discovered a text that states that he died after getting injured in an attack on the duke’s carriage. However, crucial evidence points to the actual cause of death being a failed assassination attempt as well as health complications due to being confined in an asylum by his enemies and own brother.

Though there are still a lot of gaps to fill in the information on Savinien’s life, he is undoubtedly considered an iconic figure in the world of literature and history, with several essays, research theses, books, and movies being made on him and his works. The 1897 play ‘Cyrano de Bergerac’ is perhaps the most famous fictionalized depiction of his life but does draw from a few real aspects.

The female protagonist Roxane in the play is loosely based on Savinien’s cousin who lived with his sister Catherine. Moreover, she did marry a person named Baron Christian de Neuvillette, who fought alongside him in the army. Although, the romantic aspect of Cyrano and Roxanne’s relationship in the play is a work of pure fiction.

Furthermore, as shown in the play, Savinien was quite conscious of his appearance in real life, especially about his large nose which became a common point in all adaptations of the play. However, when director Joe Wright saw Erica Schmidt’s musical, he was surprised to see Cyrano being portrayed without a strange nose. Thus he related to the concept and decided to make the movie based on the stage musical.

Through Savinien’s pining for Roxanne and his lack of confidence about his looks and social status, ‘Cyrano’ also explores the fragility of human perception as well as the modern-day insecurities of people due to the constant scrutiny of their appearance and possessions. Even though it is set in another period, it reflects the timeless themes of heartbreak and rejection. To conclude, it is a heartfelt fictional retelling of the ideologies of a historical genius, brought to life by the talented cast and crew.