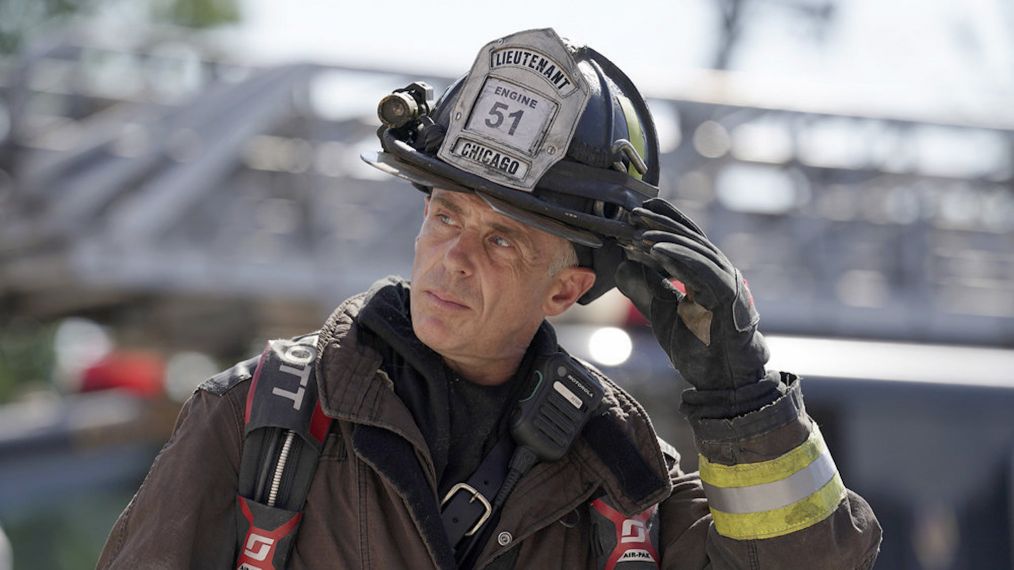 David Eigenberg essays the role of Lieutenant Christopher Herrmann, one of the fan-favorite characters on ‘Chicago Fire.’ When news about the actor reprising his role as Steve Brady in HBO Max’s ‘Sex and the City‘ revival (‘And Just Like That’) came to light, fans feared that it might mean the end of his run on the NBC show. Moreover, in season 10, Christopher finds himself in trouble after taking the complete blame for a glitch Sylvie Brett was partly responsible for. These factors combined led to speculations about David’s supposed departure from the Chicago-based action drama. As fans are anxious to know more, we decided to find out for ourselves whether there is any truth to this!

What Happened to Lieutenant Christopher Herrmann?

The company officer for Unit 51’s second shift, Christopher Herrmann, is a born leader who deserves the respect he gets from the team. He shows great concern for people under his care and often takes on challenging situations without hesitation if only to keep his team safe. Moreover, Christopher also displays immeasurable commitment when it comes to his family and is highly protective of them. 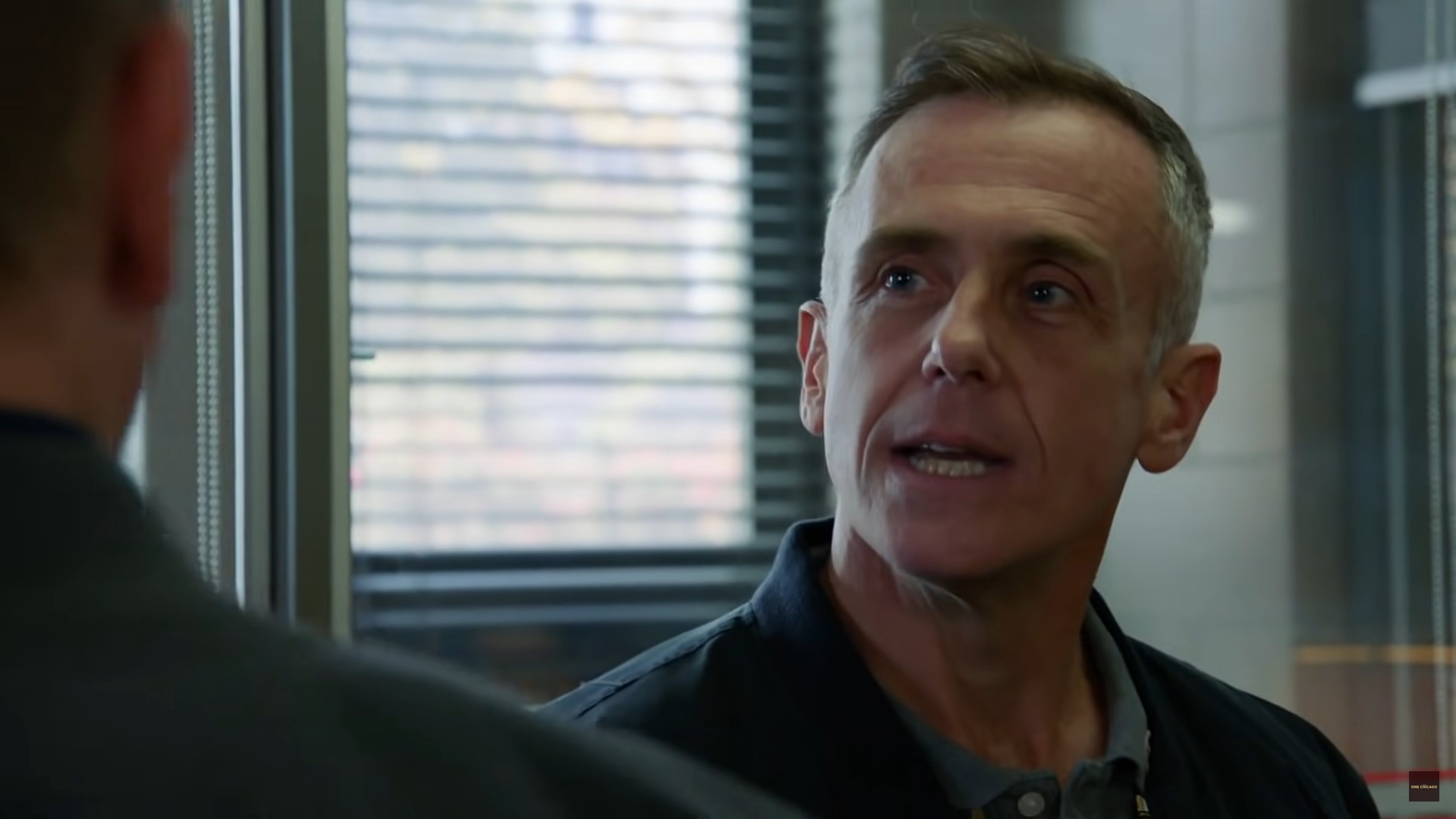 But in season 10 episode 2, we see Sylvie Brett and Christopher Herrmann get in trouble for taking an unauthorized call. However, the company officer soon realizes that facing the music will prove quite difficult for Sylvie and thus, takes it upon himself to save her. He steps up and claims responsibility for the entire glitch, going so far as to pretend to be careless when it comes to rules. Although Christopher’s selfless action sees Sylvie saved, fans worry that he might face prosecution for something he was not wholly responsible for.

Speculations about David Eigenberg leaving ‘Chicago Fire’ rose from the announcement that David will step into his role as Steve Brady once again in the ‘Sex and the City’ reboot. As per reports, the filming schedules for both shows saw some overlaps. Moreover, ‘Chicago Fire’ films in Chicago, while ‘And Just Like That’ is in production in New York, presumably posing some challenges for David to shuttle between the two. There was even a rumor that he might decide to focus more on ‘And Just Like That,’ which could ultimately make him leave ‘Chicago Fire.’ 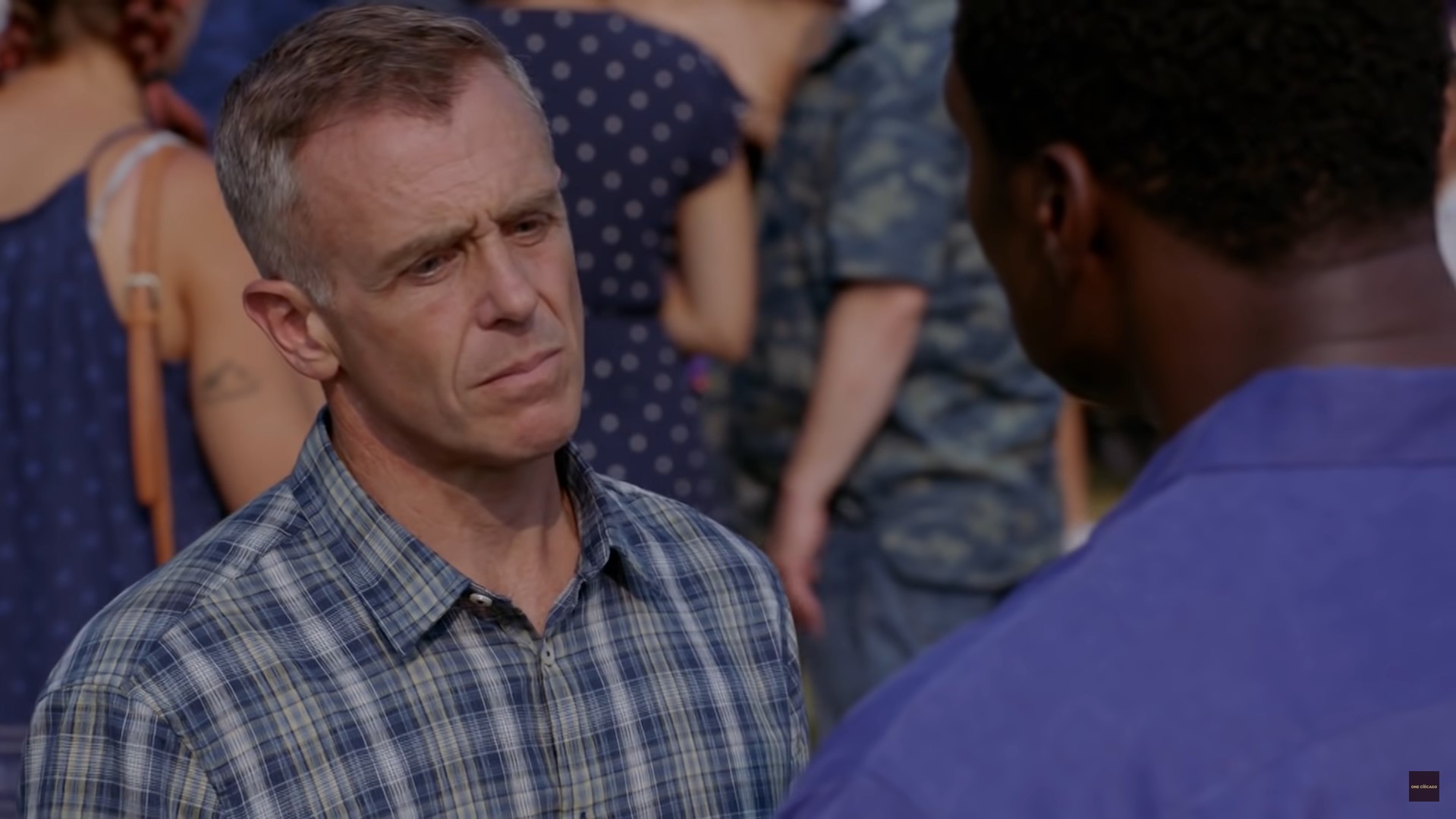 However, with no news from NBC or David Eigenberg, it is safe to say that the actor will not be leaving ‘Chicago Fire’ anytime soon. Furthermore, time and again, he has declared his commitment to his role as Lieutenant Christopher Herrmann and will probably not leave without a proper end to his character’s storyline. Additionally, in a March 2021 interview with Us Weekly, David stated, “My heart and my soul is here in Chicago with ‘Chicago Fire,’ with the stories here, with my colleagues. So, if you can work [that] out, we may be going down that road.” And this is exactly what happened, as he returned to film the NBC series in August 2021 after filming ‘And Just Like That’ in New York City.

Nevertheless, you might be seeing a little less of Lieutenant Christopher Herrmann in the first few episodes of season 10 as ‘Chicago Fire’ had to accommodate David’s New York shoot schedule. Therefore, Christopher’s confession and the recent storyline may be a way for the show to decrease his screentime for the initial installments of the tenth season and allow the actor to keep his commitment to the HBO Max show. But since David Eigenberg is apparently not going anywhere, fans will get to witness his brilliant performance on ‘Chicago Fire’ without a worry.