Is Devotion on Netflix, Disney+, HBO Max, Hulu, or Prime? 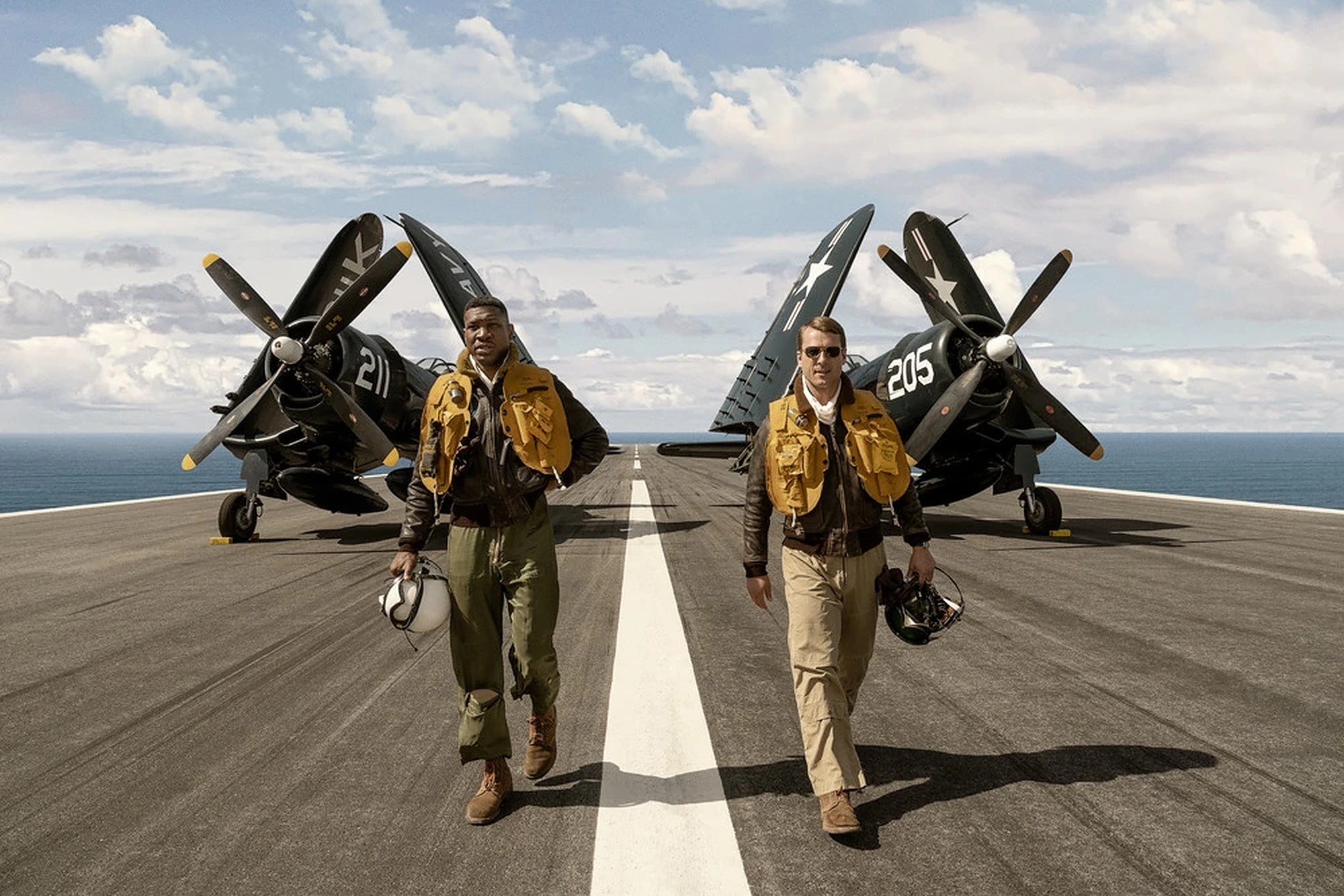 J.D. Dillard’s directorial ‘Devotion’ is a biographical war drama movie that chronicles the inspiring tale of two brave US Navy fighter pilots. Based on Adam Makos’ 2015 book ‘Devotion: An Epic Story of Heroism, Friendship, and Sacrifice,’ the story follows Jesse Brown and Tom Hudner, who rise to become the country’s top US Navy fighter pilots during the Korean War. The action movie presents a stellar example of courage and friendship, featuring stellar cast performances from Glen Powell, Jonathan Majors, Joe Jonas, and Christina Jackson. Eager to know more, including where to watch the movie? Here’s everything you need to know.

What is Devotion About?

Jesse Brown becomes the first African American aviator in the US Navy. He meets fellow pilot Tom Hudner, and their friendship faces several ups and downs over the years. However, they face the ultimate test during the Korean War when forced to go on a life-threatening mission in enemy territory. The duo’s sacrifices ultimately helps the US front secure victory, and they soon become the most revered Navy pilots in national history. Now, if your interest has awakened and you wish to watch the movie to discover what happens next, this is how you can do so!!

Is Devotion on Netflix?

‘Devotion’ is not included in Netflix’s massive collection of movie and TV show titles. Yet, you can avail of your subscription to watch other exciting war movies featuring dynamic friendships, like ‘Operation Mincemeat‘ and ‘Munich: The Edge of War.’

Is Devotion on Hulu?

Hulu users will likely be disappointed as ‘Devotion’ is unavailable on the streaming service. But worry not, as you shall find equally interesting alternatives like ‘Moffie‘ and ‘The East.’ Though not about the Korean War, both movies feature protagonists who survive all odds to serve their country.

Is Devotion on Amazon Prime?

Amazon Prime does not have ‘Devotion’ in its diverse content catalog. Nevertheless, you can turn to similar options on the streaming giant, including ‘Beneath Hill 60‘ and ‘The Great War.’ Like the Glen Powell-starrer, each movie documents a lesser-known chapter of world history and brings the forgotten heroes to the forefront.

Is Devotion on HBO Max?

While HBO Max doesn’t feature ‘Devotion’ in its vast movie and TV show library, subscribers will find many equally interesting titles to satisfy their craving for good war stories based on historical events. We recommend you watch ‘Black Hawk Down‘ and ‘The Tuskegee Airmen.’

Is Devotion on Disney+?

Disney+ users will have to look elsewhere, as ‘Devotion’ is not a part of the streaming service’s collection. Albeit, you can enjoy unique war movies with your subscription, such as ‘Operation Dumbo Drop‘ and ‘Red Tails.’

Where to Watch Devotion Online?

‘Devotion’ has had a limited theatrical release and is currently unavailable for streaming, purchasing, or renting online. So, if you cannot wait to watch the war drama and wish for an immersive experience in the movie halls, you can check show timings and book tickets on the movie’s official website or Fandango.

How to Stream Devotion For Free?

Since ‘Devotion’ is only playing in select movie theaters, there is no way to watch it online for free. All you can do is wait and hope for it to arrive on digital platforms that provide free trials to new users. Regardless, we always advise our readers to avoid unethical means to watch their favorite content and pay for the relevant channels instead.