Is Dope Based on a True Story? 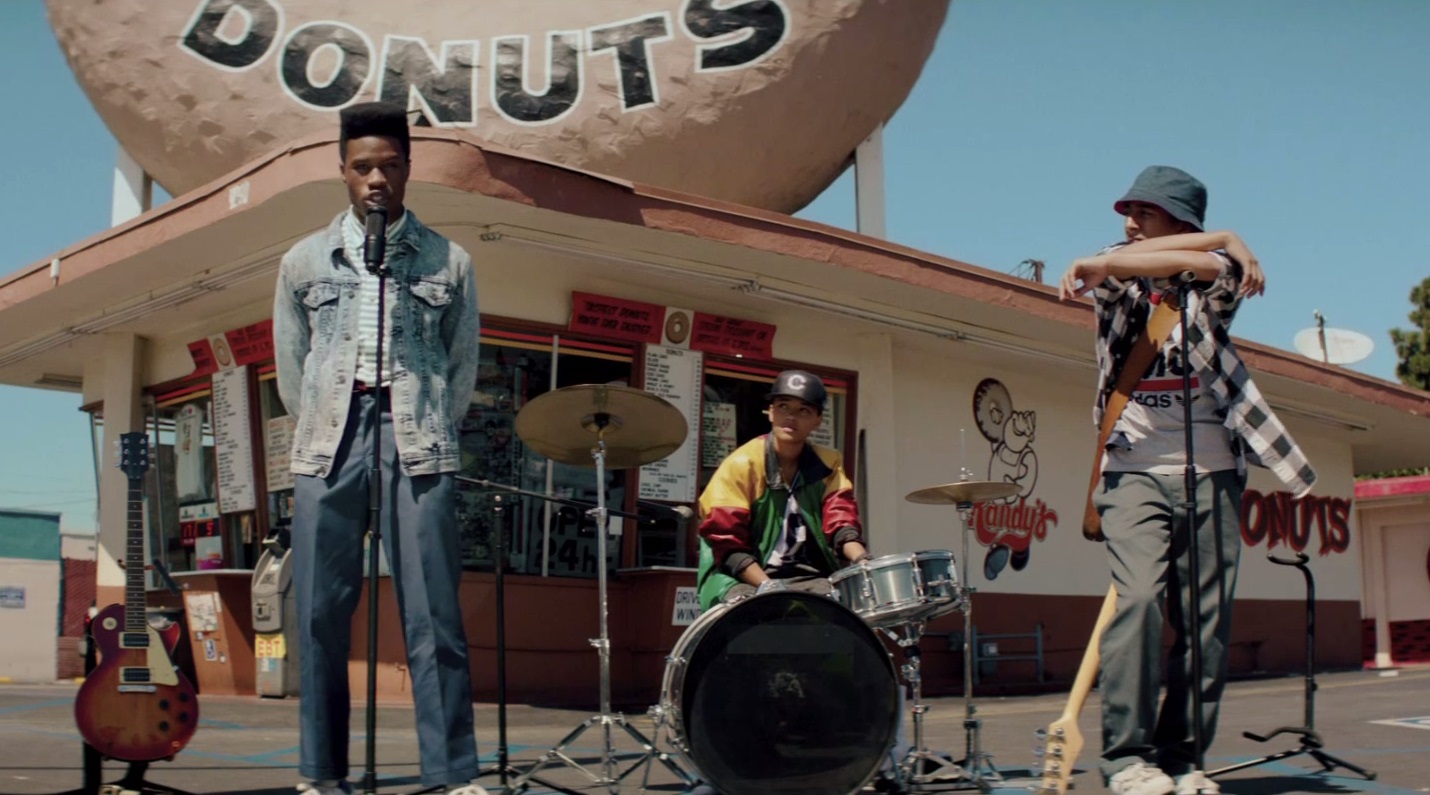 Released in 2015, Dope is a coming-of-age comedy–drama that follows the story of three geeky teenagers and their wild adventures. The movie is written and directed by Rick Famuyiwa and is produced by Forest Whitaker and Nina Yang Bongiovi. Starring Shameik Moore as Malcolm Adekanbi and his nerd friends Jib and Diggy played by Tony Revolori and Kiersey Clemons, respectively, who aren’t really the most popular kids in the school but are very unique in every single way- they love hip-hop music and even have their own punk band. The story mainly revolves around Malcolm who aspires to get into Harvard University but one fine day, accidentally ends up with a bag full of drugs.

Set in Inglewood, California, the movie depicts the struggles of surviving in a tough neighborhood, but not in a way that you would expect. The movie doesn’t seek sympathy or ask for validation, it simply portrays the raw life of a black teenage kid, with a sprinkle of comedy in it. The very raw experiences discussed in the movie hit close to home for those who have lived in the same or similar neighborhoods, making them curious to know if the story is based on true events. Let’s find out!

Is Dope a True Story?

No, ‘Dope’ is not based on a true story, but is inspired by real-life events. The story is penned by director Rick Famuyiwa, who has worked on many notable movies like ‘Brown Sugar’ and has also previously covered Inglewood in his 1999 feature film ‘The Wood’. Shot in just 25 days with a little-known cast, Dope conveys events that viewers not only found to be realistic but also relatable. Famuyiwa, In conversation with the New York Post mentioned that he grew up in Inglewood, and “Dope” is like a “what if” simulation of how different his life would have turned out. He brought elements from his real life into the story and it is easy to see several instances where this coming-of-age movie feels very real.

‘Dope’ could have been a stereotypical movie about the challenges faced by black teens coming from a tough neighborhood, but Malcolm, Jib, and Diggy aren’t your typical teenagers. Although their experiences are the same as a typical kid from a crime-high neighborhood, their curiosity about life makes them unique. They are the kids of the digital age who are hopeful about a bright future regardless of how their environment is. In an interview with Wired director, Famuyiwa expressed, “I wanted to try and change the idea of what we call mainstream. So many times what we call mainstream is upper middle class white suburbia. And anything outside of that is considered niche.” He added, “I didn’t want it to feel like we’re just populating the world with black characters. I wanted it to be very specific. They’re faced with a lot of challenges most people don’t have to face. So I wanted to be very real about that, but also feel like just because it’s not your exact experiences that doesn’t mean you can’t relate to them.”

He further explained the origin of the movie, saying, “A lot of what drove it was that we’re living in this place where anything is possible. It wasn’t that long ago that I was coming up, but it feels almost ancient that you had to go to the library and you had World Book Encyclopedias. But when you have instant access to everything, how does that shape your worldview? And so that was the driving force in thinking about these characters and their world.”

Famuyiwa wanted ‘Dope’ to be organic and raw, not only in expressing the story but also in portraying the interactions with technology in the movie; he wanted ‘Dope’ to feel real in all aspects. He further elaborated on this aspect with Wired, saying, “You can’t control where you are born, and when you’re growing up, until you’ve seen something else, you’re just living your life. These kids don’t even think of themselves as being in a terrible or bad environment. It’s sort of a generation that feels limitless. Harvard and Ivy League schools feel real and attainable to [Malcolm] because he’s connected to a lot of those kids. It opens up a world of possibilities, but it also opens our eyes to what we still are struggling with. I think Malcolm and his friends are dealing with all of that.”

When recalling instances from his life, Famuyiwa told New York Post that the scene where Malcolm comes across a drug dealer is based on his own story. He said, “[The real-life dealer] was standing on the corner and asked me to come over. Just like in the film, he said ‘There’s a cute girl over there and I want you to say “hi” for me.’ I thought about the moment and how it could have spun in so many directions.” As Famuyiwa adds, “I was always this weird outcast kid,” it is evident that the lead character Malcolm is inspired by his experiences. The high school nerd who aspires to study at Harvard University, is obsessed with ‘90s hip hop, and lives in The Bottoms, a high-crime neighborhood, is written from his own experiences of being a first-generation American to Nigerian parents.

Famuyiwa wanted to organically bring the story of a black teenager, who lives in an extremely tough neighborhood and encounters challenges to pursue his dream of studying at the Harvard University. The script, the narrative, the setting, and the youthfulness of the teens had many inquisitive to know if the story was inspired by real events. Although the characters and the story are fictional, their journey is very much derived from real experiences that a black teenager from Inglewood experiences, which Famuyiwa splendidly depicts in ‘Dope’. The challenges that Malcolm faces is inspired by real-life instances from Famuyiwa’s own life.