Is Dr. Bell Leaving Chastain Hospital in The Resident? Theories 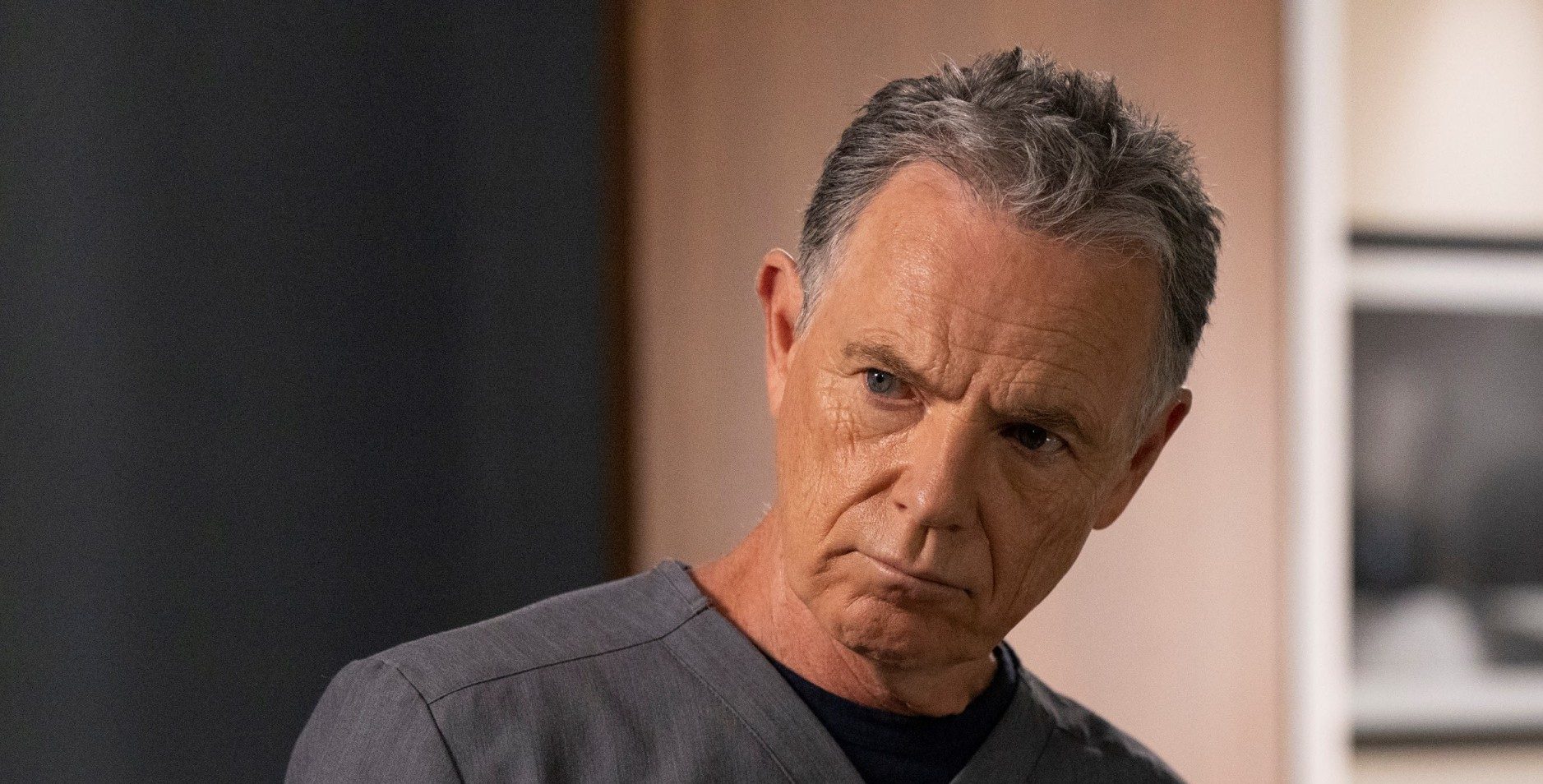 The fifth season of FOX’s medical series ‘The Resident’ succeeds in astounding the viewers with startling developments one after the other. From Nic’s unforeseen death to Dr. Sullivan’s mysterious arrival to Chastain, season 5 offers several enthralling moments for the admirers of the show. The tenth episode of the fifth season reveals that Dr. Randolph Bell is suffering from a severe disease that stops him from doing surgeries.

In the eleventh episode of season 5, Conrad conducts the required tests and finds out that Bell is suffering from a severe illness, which paves the way for the reputed surgeon’s possible resignation from Chastain. So, is Bell leaving the hospital he expanded? Let’s find out! SPOILERS AHEAD.

Dr. Bell starts to suffer from the symptoms of an unknown disease some point years ago. When he starts to experience hand tremors, Bell begins to depend on benzodiazepines rather than undergoing a diagnosis. Even though the tremor eventually stops, it returns in the fifth season, interrupting him midway while doing surgery. He reaches out to Conrad to find out about the unknown disease and Conrad runs tests for the surgeon. As his body begins to send him signals about the disease through blurred visions and physically unstable episodes, Bell realizes that he isn’t in a good condition.

In the eleventh episode of season 5, Conrad receives the test results and diagnoses that Bell’s disease is multiple sclerosis, a potentially disabling disease that affects the brain and spinal cord. Following the diagnosis, Bell experiences eye pain and loss of vision, which indicates the rapid progress of the disease. The experienced surgeon realizes that he cannot conduct surgeries in his state and communicates this to his partner and CEO of the hospital, Dr. Kit Voss. In a haste, Bell decides to leave Chastain permanently to focus on his treatment and recovery.

Even though Bell arrives at a decision to leave the hospital permanently, there’s a chance that he will reconsider. When he packs his office, Kit confronts him and tells him that he doesn’t have any other option other than returning to Chastain once he completes his recovery. Although Kit doesn’t completely succeed in convincing Bell to reconsider his permanent departure, she expresses her hope that he will operate again upon his potential recovery. A moved Bell can only embrace his partner and he refrains from being persistent about his resignation.

Kit’s hope and determination may change Bell’s mind and lead him to take a leave of absence rather than a permanent resignation. Since his step-son Jake has contacts in Mayo Clinic for his step-father to undergo treatment, Bell may consider a short absence from work to undergo treatment and recovery. If he succeeds in battling and defeating the disease, such a triumph may give him enough confidence to return to Chastain. Since the doctors and officials of the hospital and the hospital board have nothing but respect towards the surgeon, we can expect them to exert pressure on Bell to leave Chastain only temporarily.

If his potential treatment at Mayo Clinic improves his condition, Bell may continue as a doctor at Chastain within a short period of time. In an interview given in February 2022, one of the executive producers of the show, Andrew Chapman, said that the series will explore how Bell deals with the disease both as a doctor and a patient. According to Chapman, Bell’s disease is a plot point to depict how a doctor can move his life forward with a life-altering disease.

In the upcoming episodes, we may see the complications that arise when Bell makes decisions regarding the co-existence of his disease and his career at Chastain. Considering these factors, we believe that Dr. Bell may take a short leave of absence for the treatment and recuperation, only to return to Chastain — the hospital he enhanced with his popularity and influence. Even though it will be unfortunate to see Bell staying away from Chastain, we can hope that he will return as soon as possible.