Is Embattled a True Story? 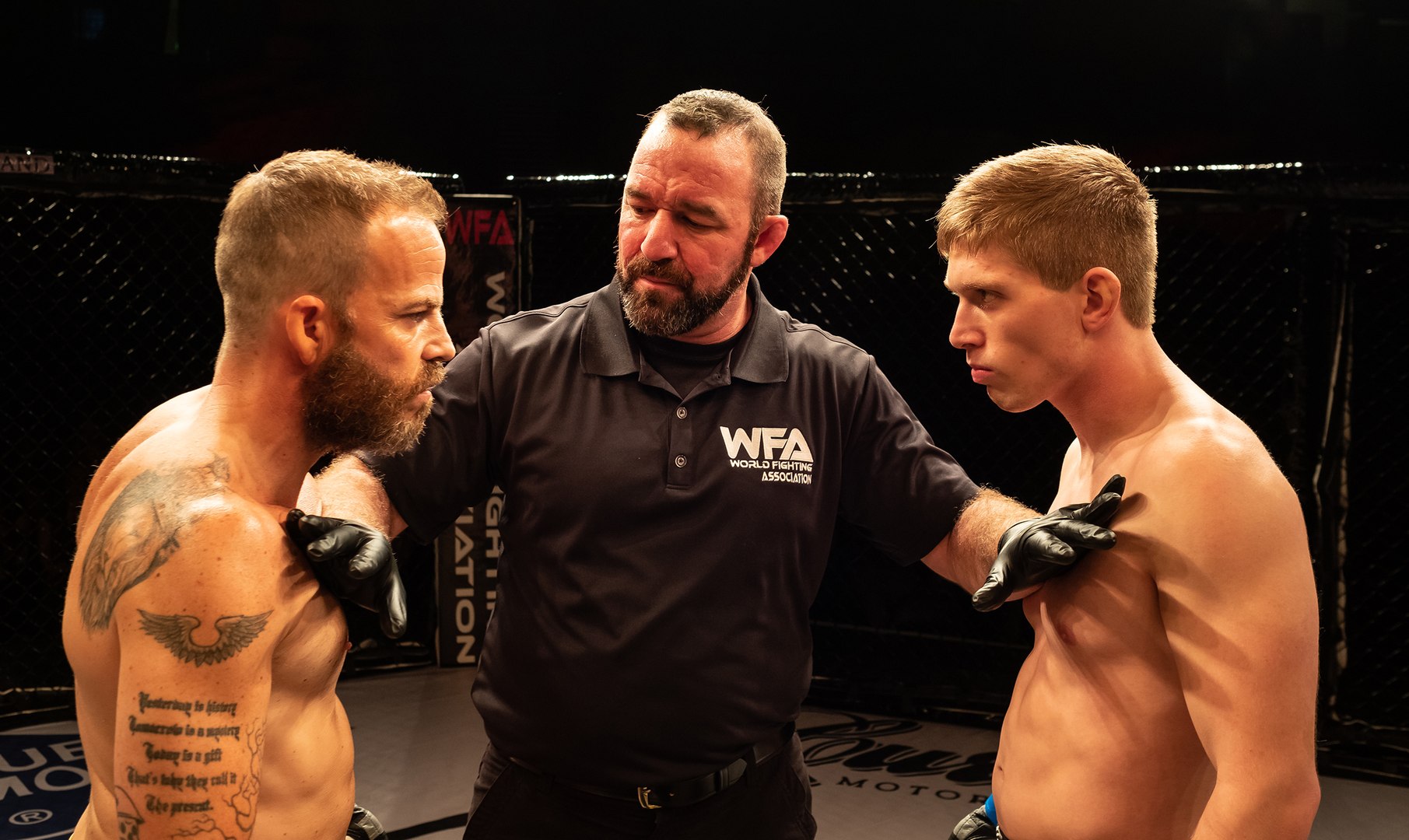 There is no winning when it comes to a face-off between a father and son. ‘Embattled’ is a sports film that follows Jett Boykins (Darren Mann), an 18-year-old up-and-coming MMA fighter who follows the footsteps of his father, Cash (Stephen Dorff), the ultimate fighting champion. Their complicated relationship stems from a lot of different factors – Cash’s abusive nature being number one. MMA fans may note some resemblance of the characters to real-life MMA stars, which raises the question: is ‘Embattled’ based on a true story? Let’s find out!

Is Embattled Based on a True Story?

No, ‘Embattled’ is not based on a true story. The film is directed by Nick Sarkisov from a script written by David McKenna. Some of Cash’s personality traits may be a reflection of the personality of the Irish MMA star, Conor McGregor, but that is because Stephen Dorff based some of his character’s nuances on him, such as his confidence and swagger. Dorff observed many other fighters to prepare for his role, including Floyd Mayweather and Cowboy Cerrone.

Some real-life MMA fighters such as Tyron Woodley, Eryk Anders, former UFC fighter Kenny Florian, and Cowboy Cerrone, were an integral part of the production and also make an appearance in the film. Another aspect that brings this storyline close to reality is the dynamics between father and son. Jett contacts his estranged father because he wants to become an MMA fighter like him, but the time spent with Cash makes him realize what an abusive person his father is. 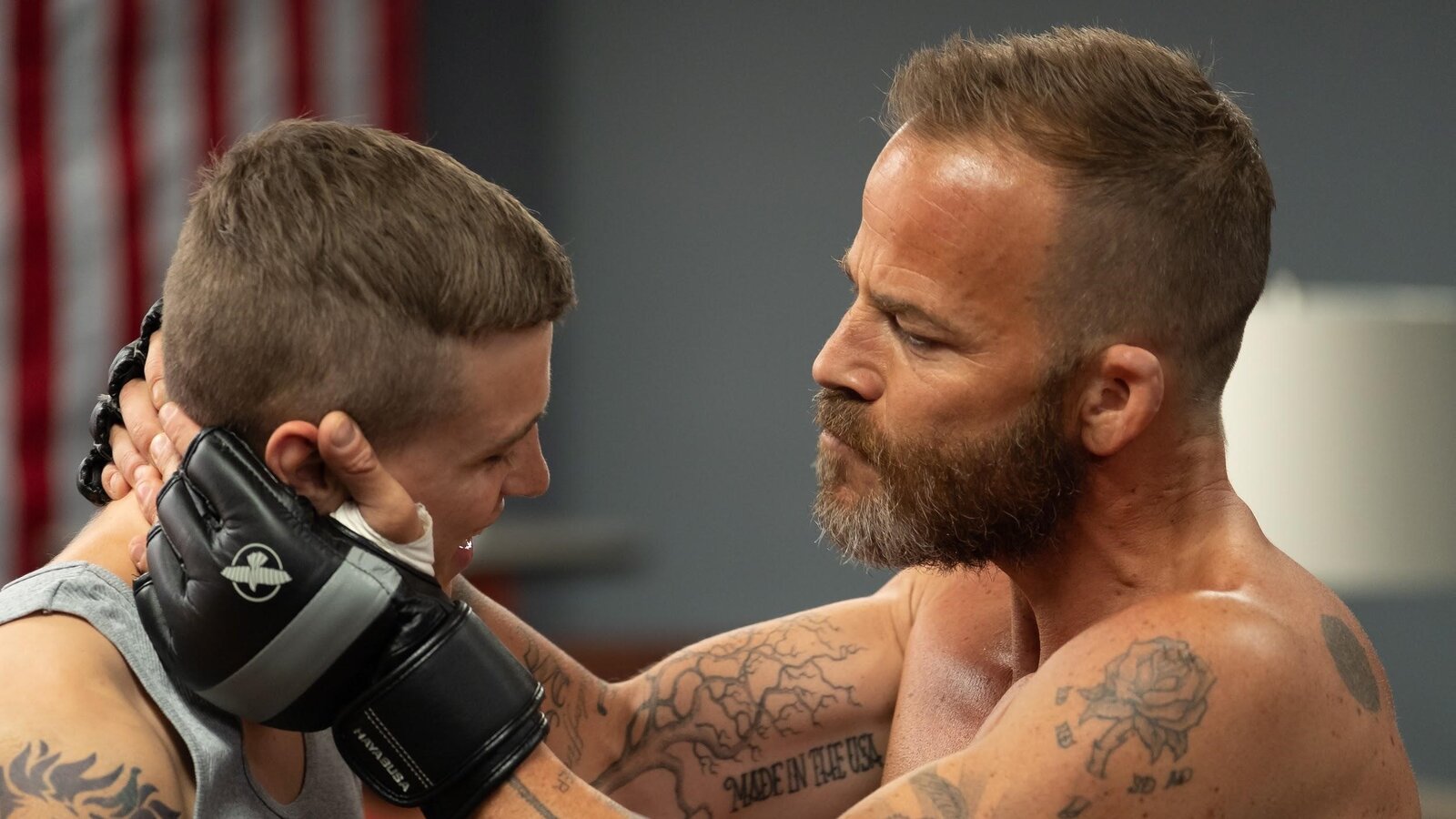 When children are young, they tend to idolize their parents, but the process of growing up makes them more aware of their parents’ flaws. In ‘Letter to His Father,’ Franz Kafka writes, “What was always incomprehensible to me was your total lack of feeling for the suffering and shame you could inflict on me with your words and judgments.” In this film, we see that after being at the receiving end of his father’s unpredictable behavior, Jett responds by choosing to beat him at his own game.

Cash leaves his family when his second son, Quinn, is born. Quinn has Williams Syndrome, and Cash could not accept that fact. Multiple studies point to marital instability being higher among families that have a person with special needs. Taking this into account, the break down of Cash and Susan’s relationship is no different. The film holds a special emotional significance since David McKenna’s son Colin lives with Williams Syndrome, just like his character in the movie, Quinn.

Jett gives us the sense of a person who is growing up and wants to exercise his agency over things that he earlier had no control over. Cash abandons them and refuses any support, emotionally or financially, because he cannot deal with his son with a disability, whereas Jett takes an active role in the family. He is also a loving and caring brother to Quinn. Jett is triggered by the way Cash treats people as it brings up unpleasant memories from his childhood.

Unfortunately, the only way he knows how to fight back to break the cycle of abuse is through violence. This is a reality for many people as they unknowingly grow into the person they do not want to be. All these angles in the film reflect many people’s reality, which could be why one would think that ‘Embattled’ could be a true story.