10 Best MMA Movies of All Time

Mixed Martial Arts has been on the rise since the start of the 21st century.  UFC under Dana White has become a household name in almost every country around the world. ‘Martial arts’ as the name suggests is a form of art which many are now learning to appreciate it for what it is, art. It can be brutal and violent at times, but at the same time inspiring and creative. With the growing interest in the sport, there have been a number of films which has been subjected to it.

Movies are entertaining but so is martial arts. And when a film can combine the two and make it work, it is always a fun fest.  Below are a list of the best MMA films. The list is not subjected to the sport or competition (MMA) alone. It also includes films that contain Martial Art sequences, or any form of ‘MMA ass kicking’. With that said, here’s the list of top MMA movies ever. You can also watch some of these best MMA movies on Netflix or Hulu or Amazon Prime. These fighting movies will be loved by UFC fans. 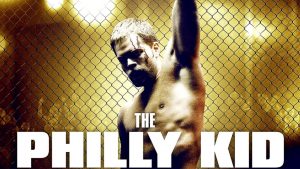 2012 film that follows a former NCAA champion wrestler, paroled after ten years in prison, who agrees to a series of cage fights to save his friend’s life from the loan sharks. Wes Chatham as the protagonist delivers a decent performance, especially when he is put inside the cage. The film suffers from cliché problems and lacks a depth that hampers the entire story as a whole. Decent acting performances as well as the believable fight scenes are what works well for the film. The film score composed by Ian Honeyman is another positive aspect to the film. 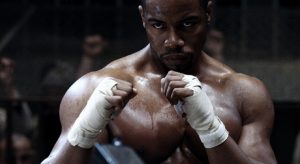 ‘Blood and Bone’ is a film that takes place in Los Angeles, that follows an ex-con who takes the underground fighting world by storm in his quest to fulfill a promise to a dead friend. By now every martial art film fan must be aware of how great a badass Michael Jai White is. Starring several other known fighters such as Bob Sapp, Kimbo slice and Maurice Smith, the fighting in the film is expectedly pulse-pounding. The film is stylish and intense with very fast fight scenes which are also well choreographed. If you like hard-hitting, bone crushing action packed films, that this is what you will call ‘entertainment’. 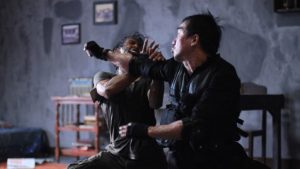 The Raid is a 2011 Indonesian martial arts action film written, directed and edited by Welsh filmmaker Gareth Evans. It is an intense film from start to finish, and when I say intense, I mean it with no exaggeration. An elite squad force attempts to infiltrate a high-rise building in the middle of Jakarta, which is run by a ruthless Drug Lord.

Even a professional fighter would be impressed with the choreography of the fight scenes in the film. The athleticism and timing of the fights are flawless not to mention how a lot of them are shot in a long take. Unlike the other films on the list, there are no cage or competition that bounds the characters. The concrete walls become the cage and the competition is to defeat every single enemy(hundreds) in the building and survive. With stunning cinematography and its quick pace editing, the film is a constant pumping of the adrenaline. Lack of character depth could be the only flaw you can point out, but I feel the action more than makes up for it. 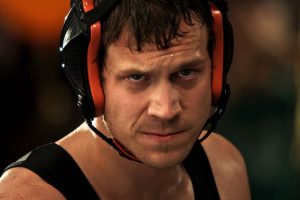 Well if you’re a fan of the UFC in particular, you won’t want to miss this one. Based on Matt Hammil, a deaf wrestler and former UFC fighter, ‘The Hammer’ is a biographical film which follows Hammil’s character as he wrestles his way to the top despite his challenges. This is more of a ‘wrestling’ than a full-fledged MMA film, but the man did go on and fight in the biggest MMA platform in the world. Plus wrestling is an element of MMA, so it makes the cut.

Russell Harvard who you might fondly remember as the grown up H.W, Plainview from ’There will be Blood’ plays Hammil in the film. Harvard once again is good with his performance and keeps his character likeable and relatable. The sound design in the film is intentionally brilliant, and a film intended for other handicapped audience like Hammil himself uses the subtitles very affectively. 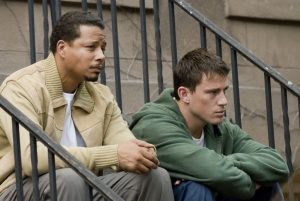 Fighting is a 2009 sport/action film starring Channing Tatum and Terrence Howard. Howard’s character(Harvey) spots Tatum’s character(Shawn) in a street fight and is impressed by the latter’s grit. Harvey recruits Shawn and lines him up for fights. Unlike most films on the list, the fights in the film are behind closed doors sponsored by rich people who like to bet on ‘their guy’ beating the shit out of the ‘other guy’.

Despite the usual action cliché problems, the film with its strong character depth manages to keep the audience invested in the film. The film is bold enough to be character oriented, which is what most martial films fail to do. Zulay Henao as the supporting actress in the film is memorable. 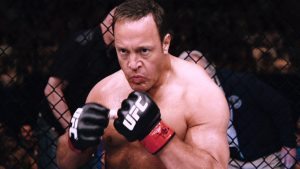 ‘Here comes the boom’ is firstly a comedy film, but almost everything apart from that is something to do with Mixed Martial Arts. Kevin James plays a biology teacher who attempts to become a MMA fighter to raise money to prevent his failing high school from axing ‘extra curricular activites’.

If you are a fan of the UFC, you will be delighted to see familiar faces such as Bruce Buffer, Herb Dean, Joe Rogan, Wanderlei Silva etc.  Kevin James and his character makes this film hard to dislike, even when the humour seems forced and the story is liking. James’s character is likeable, and his chemistry with his other supporting colleagues constantly puts a smile to your face. Bas Rutten is surprisingly the highlight of the film. 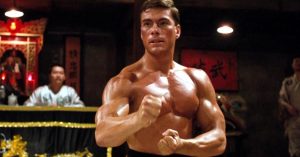 Bloodsport 1988 follows Frank Dux, a martial artist serving in the U.S military, who decides to leave the army to compete in a martial arts tournament(Kumite), in Hong Kong. The tournament is  highly secret and violent, where fight to deaths can occur. ‘Bloodsport’ was one of the films that elevated Jean Claude Van Damme’s status in the world of cinema. With a mere budget of 2 million $, the film was a huge commercial success, grossing around 65$ Million dollars. The film has since developed a cult following.

The film suffers with its cliché plot and lack of originality. The bad acting in the film is also hard to ignore. The well directed and performed fight scenes help the film though. ‘Bloodsport’ was one of the initial films to showcase Van Damme’s fighting chops and the actor successfully went on to bigger things because of the success of it. Bolo Yeung as the savage fighter deserves a special mention. The man never fails to scare the living hell out of me. 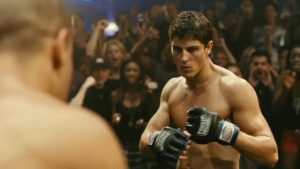 From the workout sequences, to the fights, to the soundtracks, ‘Never Back Down’ makes you want to get off your couch and start throwing kicks and jabs.  The film follows a hot headed kid (typical of a high school action film) who is constantly on the move, due to his bad behaviour. He arrives to a new school and refuses to submit to the bullies, who are as always the cool kids. He is introduced to the world of MMA and immediately takes keen interests in it. What follows is often times cliché, but the film does manage to be entertaining at its best.

Cam Gigandet as the antagonist of the film delivers a decent performance as the rich, cocky bully. The fight scenes are well shot and the soundtrack as mentioned earlier compliments the film well. 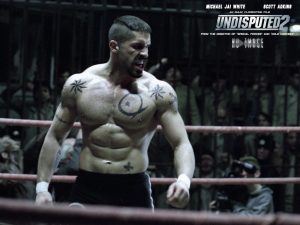 Very rarely is a sequel able to outdo its predecessor, but Undisputed 2 surely does achieve this rare feat. With the arrival of Scott Adkins in the forefront, the Undisputed series escalated to a whole other level. The film follows Michael Jai Whites character(from the prequel), who Is sent to a Russian prison on trumped-up drug charges and soon finds out about illegal martial art fights that takes place inside the vicinity of the prison. The competition has an undisputed champion Yuri Boyka (Adkins’s character), who Jai Whites character develops a rift against.

The most impressive things about the film are all to do with the fight scenes which are breathtakingly executed. The natural prowess of both White and Adkins are fully made used of. Isaac Florentine as the director is extremely precise and meticulous with his angles and details which makes every fight scene a treat to watch. The film is often times hampered by cliché dialogues and plot turns. 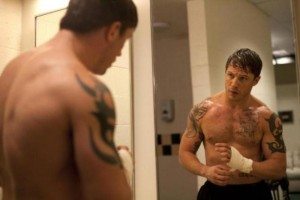 Warrior is a 2011 film that follows two alienated brothers who are forced to fight inside the cage, due to circumstances in life. The brothers are played by Tom Hardy and Joel Edgerton and directed by Gavin O’Connor. Tommy, Hardy’s character is a former marine while Brendan, Edgerton’s character is a physics teacher who is struggling to provide for his family. Both brothers were wrestlers and boxers during high school. Nick Nolte plays the father of the two brothers, and a recovering alcoholic. Every performance in the film deserves a mention. Hardy and Edgerton are both very compelling and powerful with their respective roles. Nick Nolte was nominated for an academy award for best supporting actor, which was well deserved.

The cinematography is gorgeous and the action scenes are well executed. Warrior is rich in both character and story. The first half of the film runs the stories/characters independently, while in the second act they confront one another. The third act is intense and keeps you at the edge of your seat.